In the online casino world, there's been a huge paradigm shift between what was considered the rules of the old era and the rules of the new era. In the old era, having more games than the competition was enough to stand out. However, today's era is all about the quality of the games and not so much about quantity. Along these lines, BetSoft has pushed to stand out by focusing exclusively on the quality of their titles by outclassing almost every other software provider when it comes to the visual appeal of their games.

All of BetSoft's games can be played with an instant play option inside of your Internet browser with no download required. However, many of them have a short loading time that will take a few moments, and this is likely because of the high level of graphics used in their games. Aside from that, they also have a solid mobile offering with their games available in Android, Apple, Blackberry and many other phones, tablets and mobile devices. If you have a mobile device that has Internet access and a browser, then chances are that you can play their games. 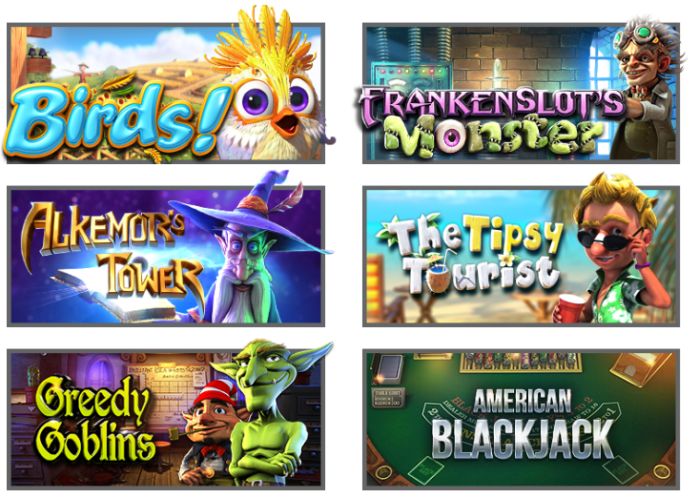 The online slots produced by BetSoft are some of the best-looking games in the world, and they've really helped to set a new standard when it comes to the graphics deemed acceptable in these types of titles. They have two basic groups of games. First, they have a line of regular video and classic slots that are closer to the style of what other software providers have available. Second, they have their Slots3 line, which is what they have focused on the most over the past few years. These are the games with incredibly high-level graphics and a variety of fun themes with innovative features and layouts.

When it comes to progressive jackpots, BetSoft has a handful of them. However, they're geared towards more frequent winners with smaller jackpots instead of huge, life-changing sums. About half of these frequently hit in the lower to middle five-figure range.

The table games do not disappoint at BetSoft-powered online casinos. They are built with the same level of clean, impressive attention to detail as the slots, though they don't use 3D graphics since that would come across as somewhat hokey. Several forms of blackjack and casino poker are available, and more than 15 versions of video poker are offered. You'll also get a selection of the standard table game offering like craps, roulette and Baccarat.

BetSoft is a solid software company that's been expanding on the back of their high-quality titles. This has earned them inclusion in Microgaming's Quickfire suite, and it's gained them contracts to provide content for a large number of online casinos. You'll often find their games mixed with titles from other software providers, so you're virtually guaranteed to have a huge selection of games to play with if you're at a casino site that offers their games.