Endorphina is a company that's been running since 2012. They're licensed in the United Kingdom, one of the most important jurisdictions for a software company, and they're known for their high-quality games and partnerships with other software providers to gain an increased level of mutual exposure as a part of their overall marketing strategy. Their offices are located in Prague, Czech Republic, and they have a reputation for moderately outlandish marketing ploys, like having dancers at industry trade shows and other acts.

The game offering from Endorphina is centered exclusively around online slots. Unlike many of their competitors, they focus almost exclusively on the more "traditional" formats for video slots like 20-line, 25-line and 30-line games. The point here is that they usually stay away from the trendy all-ways layout for the games, and that helps them to stand out a bit more than they already do. They don't have a huge selection of games, but the titles they do offer are of a very impressive quality, so they can get away with having fewer numbers. 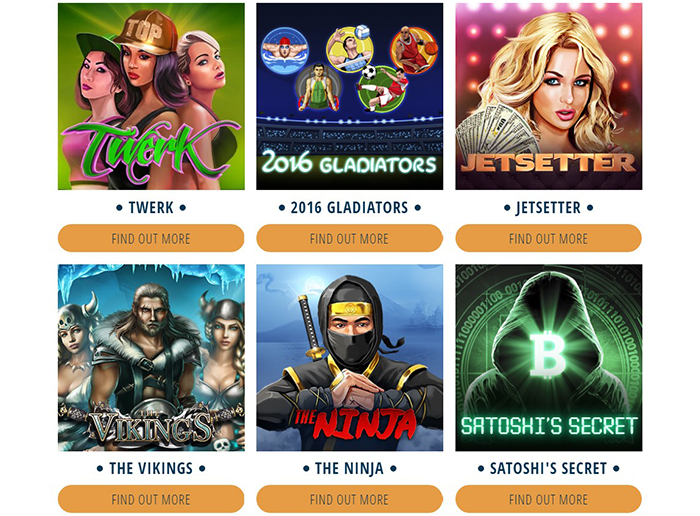 All of their games are based on Adobe Flash, and this makes them mobile compatible in the process. They have extremely solid graphics, and while this increases the loading times for the games to some degree, they have used a variety of techniques to keep these loading times as quick as possible. We used a rather mediocre broadband Internet connection to test out loading a few of their games from scratch directly from their website, and the loading times were well in line with the average for the industry while offering graphics and a presentation that were well above-average.

The key thing to understand about this company is that they fit in perfectly with the post-2010 era of online casino software developers in that they have a low-quantity/high-quality approach. Because very few developers try to get exclusive contracts with operators anymore, and because fewer operators are interested in exclusive contracts to begin with, it's normal to see many different providers represented at a single online casino. As a result, you'll always see Endorphina's games along with titles from a variety of other providers, and that gives them a chance to show up the competition.

Something interesting about Endorphina is that they have made deals with a number of other smaller software companies to try to mutually increase their exposure. This includes deals with companies like XIN Gaming and Pololo Gaming. Online casinos that offer one of these software provider's games tend to offer the others as well, and this has helped them to grow together as a group. Overall, this company has a lot to offer players who like high-quality slots, but they have no table games or other types of titles available on any level.