Evolution Gaming first launched in 2006, and their sole focus has been on giving players live dealer games through video and audio feeds. They have two different studios, in Malta and Latvia, from which they broadcast their games, and they have offices in England, Latvia, Italy and Malta. They've won so many awards for being the best live dealer software provider that it's hard to keep count, and they're licensed in Malta, Alderney and the United Kingdom. At any given time, they can have over 100 different live tables going, which is more than several members of the competition combined.

A few of the things that make this software so great include being mobile-compatible and being designed to stand up pretty well to slow connection speeds. Under good conditions, you get high-definition audio and video, and you have the ability to chat with other players and your dealer. This is important because it drastically increases the level of social interaction players can enjoy, which is something most people say they miss when going from a land-based casino to playing online. They also have dealers that speak in more than eight different languages including English, Spanish, French, German, Russian, Dutch, Swedish, Italian and others. 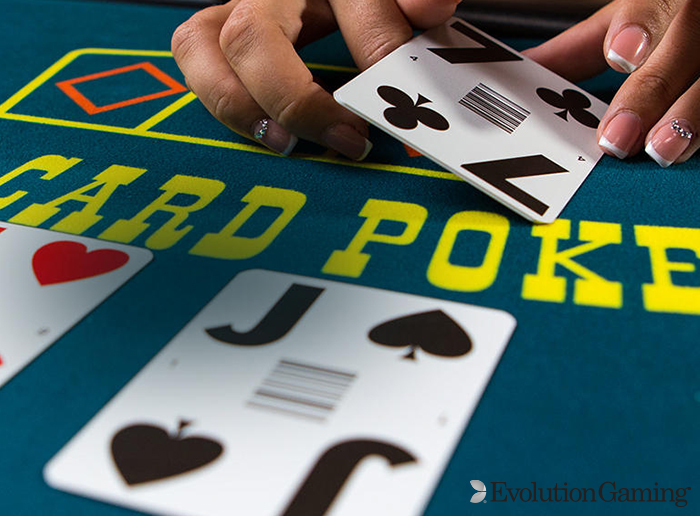 There are a few main versions of Baccarat played through Evolution Gaming. There's a regular table with the normal rules and payouts, and there's also a VIP style with higher betting limits. Players who want to get in on the action for larger bets should stick to the VIP table since there's less traffic and more of a one-on-one feel with the dealers. There's also a Baccarat game with a squeeze, which essentially simplifies the betting and payouts slightly by dealing with the 5 percent commission for wins on the banker bet a little differently than usual.

There are probably more versions of live blackjack offered through this software than any other game. There are private tables with a limited number of players, often available at select online casinos only, on top of the normal tables that take several players at once. In addition to that, their VIP blackjack games are broken up into different levels called grand, platinum, diamond, silver, etc. This is a necessary move because they have such an overwhelming number of blackjack players that they have to break them up to different groups based on bet size and table appearance to give a wider range of options for the larger number of players.

Several styles of casino poker are available, and that's one of the things that sets Evolution Gaming apart from the competition in a major way because there aren't that many live dealer providers that offer more than one or two games other than blackjack, roulette and Baccarat.

Caribbean stud is generally seen as one of the most popular casino poker variants, and it's played here in the normal style with side bets and the usual pay table. Three card poker is another popular game you'll find here, and there are no special side bets or atypical rules for this game. Raise with Q64-high or better only, and you'll play perfectly every time.

Casino hold'em is probably the most complicated casino poker game they offer in terms of overall strategy because there are such an overwhelming number of possibilities. They use a balanced pay table for the ante bonus in this game, which is actually better than what you'll find in the normal online casino portion of many sites.

There are anywhere from four to six different roulette games with different names when you log into a site that uses the Evolution Gaming software. In terms of average payouts, the French roulette game is the best to play because it uses the "la partage" rule that gives you a better payout rate on even money bets than what you'd normally get in European roulette, though all of the inside wagers have the exact same payout rate. The only other roulette game that matters, aside from three or four styles of European roulette, is the double ball roulette. This game plays almost exactly like regular, European, single-zero roulette, but two balls are spun on each turn, and that gives players a bit more action.

It's easy to see why this company is seen as the top live games provider. They have a better game selection, a better interface and more table options than every one of their competitors, and they usually have a nicer overall presentation as well. If you like any type of table game that's been listed in the above, then you'll most likely find that you prefer the live dealer tables over the regular online games, particularly if you'd like to have a social aspect added to your experience.