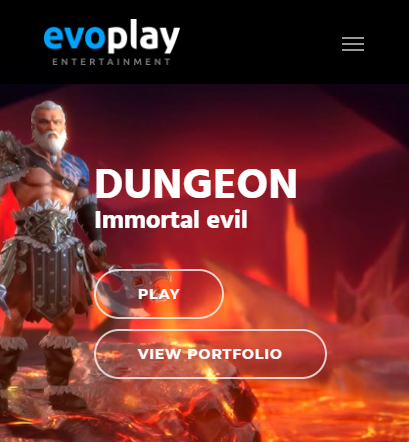 The company is based in Kyiv, Ukraine. They originally operated with a Curacao license, but hold both a Maltese and UK Gambling Commission licenses today. The company has quickly gained ground and can be considered to function in worldwide markets. They have also opened offices in locations such as Malta.

As said, step into the website and you will see that this company knows what it is doing. Entertainment is at the forefront here, especially one aimed at the newer generation of gamers and gamblers.

It’s not only these concepts, that you can read more about below, that define entertainment for the company. It also means accepting player feedback and even encouraging it. The best way to know if the customer is entertained is to simply ask them. Evoplay goes as far as welcoming feedback and ideas for their future games.

When it comes to graphics there is no company that goes to such lengths as Evoplay. Triple-A quality is guaranteed for every title. Virtual reality experiments, as well as 3D-graphics and Full HD quality, are something that the company seeks to make available for all games and players.

Though they vow to apply these for mobile titles as well, there is one significant drawback: these take up a lot of resources, especially bandwidth. Luckily, devices and infrastructure keep on developing, which means that Evoplay is already ready for the future.

It’s not only the art style, the flashy animations, sound effects and fancy music that have received influences from modern sources, especially video games. The themes themselves are clearly inspired by them, with several being clearly linked to the most popular games of our times. Other games have incorporated experimental special features, whereas some have received such significant gameplay changes that they are barely even slots anymore.

There hardly any games in the mix that would draw inspiration from traditional sources. In fact, Evoplay might be the very first slot producer that is capable of reaching that group of players(millennials) who cannot stand traditional slots.