For smaller software development houses like Thunderkick Games, where the creators of the brand come from tends to be pretty important. This company is made up primarily of people who have gotten a ton of experience from more popular companies like Net Entertainment, and that means that they're naturally capable of putting out much higher quality games than a company that didn't have that kind of experience backing them.

This is a company that has been running since 2012, and they have offices in Stockholm. They are also holders of an online gambling license from Malta, one of the most regulatory respected jurisdictions in the world. They clearly have a lot going for them despite having not been around as long as much of the competition. 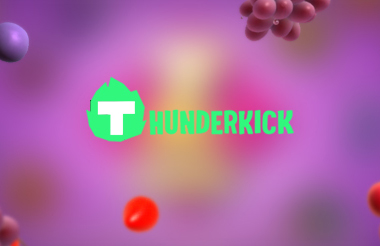 The model used by Thunderkick is similar to the model used by a variety of other smaller software providers in that they don't actually produce their own platform. Instead, they create games that are then included on other platforms. They do this primarily through gams developed in Adobe Flash and HTML5, with a focus on the latter. Their games are notable for loading quickly despite having fairly advanced graphics, something that's usually a chokepoint for instant play-style online slots. This helps to retain the interest of players by avoiding situations where their sessions are broken up thanks to long loading delays.

This software company's game selection is focused exclusively around online slots. They do not have an overwhelming number of games available, but because they focus on quality over quantity, all of their releases have been impressive. This has also made it easy for them to get content distribution deals, so it's not hard to find plenty of casino sites that use their games. Their variety of slots covers a handful of different formats and layouts, incluing classic slots and video slots, and they use a number of various themes as well.

Something that's pretty interesting about how Thunderkick approaches their games is how they handle graphics. Most companies that provide 3D graphics in their games do so with pre-rendered video segments and other animations. However, Thunderkick uses rendered 3D graphics instead, so they're able to provide players with a higher level of experience without sacrificing load times or overall performance of the games. It's a really great way to approach the graphical side of things overall, and it offers the best of both worlds in terms of visual quality and avoiding situations of hogging system resources.

The thing about Thunderkick Games is that they are a part of an entire paradigm change in the online casino software world that focuses on quality over quantity. This has led to a number of smaller development houses like this building excellent games that players absolutely love that are distributed through various software clients. These software clients have a win-win situation going on with the development companies because they're able to combine titles from several game providers into one easy platform that operators can use to bring in tons of players.