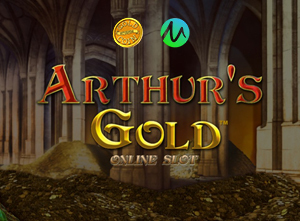 With so many rising stars, up-and-coming producers, the industry is getting busier and busier, but still, it’s not impossible to get noticed. Gold Coin Studios, Reno-based creative workshop, is among those developers whose mission is to conquer the industry with the finest games.

Over 200+ years of the land-based gaming experience is what makes this passionate community more than knowledgeable about what players like. By using such a wealthy and lengthy experience, the team wants to deliver cutting-edge real money content and present them to as many as possible legal operators globally.

July 2020 was one of the most important periods…

… for the dedicated team, as they tied the knots with the most renowned entertainment brands. Besides this milestone collaboration, the highly-experienced team introduced its first game and reveled its future plans and releases for Q4.

Casino Kingdom, b-Bets, Casino Action, Videoslots, Rembrandt Casino are some of the operators whose lobby hosts the premiering title from this creative factory.

Keep reading to find out more about the studio’s partnership with a leading gaming patron, and take a closer look at its catalog!

Which Benefits to Expect from Deal with Microgaming?

Being on stage since 1994, with the first mobile casino introduced in 2004, Microgaming keeps on confirming its immense quality over and over again.

Wanting to add new energy to their humongous portfolio…

…the company established an interesting tradition of aligning with smaller, and independent studios. Gold Coin is among those producers who got the honor to become part of this gigantic and rapidly growing network.

Andrew Booth from Microgaming referred to the agreement as an excellent opportunity to further diversify the games library, while John Duffy from GCS hopes this coalition with the leading developer will enable them to “reach hundreds of operators in markets worldwide.”

Creating a portfolio of go-to games…

…for players of all experience levels is what the proactive team strives to, and thanks to this milestone cooperation, they will have the unique chance to showcase all their products to various consumers globe-wide.

The first title was launched through the network exclusively, and so will all the future releases, giving the studio excellent visibility from the very first steps.

As a small reminder…

…Microgaming’s roster of independent producers gathers more than 10 brands, and the list keeps growing and growing. Neon Valley Studios, Gameburger Studios, All41, Fortune Factory, Stormcraft Studios, Just For The Win are just some of the suppliers teamed up with the leader.

When a smaller brand is part of the bigger story, it can only result in multiple benefits, and Gold Coin made sure to establish as firmer foundations as possible.

Aside from the partnership with the gaming dinosaur…

…the studio also collaborates with Velo Partners and RNG Foundry. Velo’s influence is visible in a multitude of spheres of the global gaming and gambling industry. The company is engaged in mobile, online, land-based, real-money, social, B2B, and B2C assets, demonstrating a deep understanding of each partner’s unique demands and needs.

…these two brands successfully cooperate with numerous suppliers and operators, such as Junglee Games, The Hippodrome Casino, Just For The Win, SUPRNATION, Tripledot, Gaming Realms, and more.

What Does Arthur’s Gold Bring?

The very first product to hit the shelves, which crowned to cooperation with Isle of Man-based studio, is Arthur's Gold slot. Accommodated on a 3x5 grid, with 20 paylines, it is a story packed with challenge and shiniest treasures.

…this five-reel wonder is crowded with actionable and dynamic features. Among the most prominent ones is 10-of-a-kind pays, but there are also extra spins with expanding Wilds and respins. With a win potential of up to 4,000 times the bet, the reels are continuously on fire.

There’s also Double up feature, which makes room for even higher winning potential, by allowing players to double up their complimentary spins with a coin toss.

What about visuals and music?

With the mythical ruler of ancient Britain as the main character of the game, accompanied by Lancelot, Viviane, Guinevere, Merlin, can anyone expect anything else but mountains of gold?

…as well as the characters themselves are all carefully illustrated and painted. This only confirms that a devoted and trained community of designers participates in content development. The glorious soundtrack adds more to the gameplay, making the story even more epic and atmospheric.

It’s just a single release found in their portfolio at the moment, but more than enough to reveal that the team possesses both knowledge and tools to craft memorable and noteworthy products for versatile audience.

More Games on The Horizon

Q3 2020 brought the introduction of Arthur's Gold, but the creative and enthusiastic team has more announcements for the upcoming period. During Q4, the developer plans to launch a duet of slots.

…is inspired by the colorful marine world full of unique, obscure, and unusual creatures- Aquatic Treasures. The other, Animals of Africa hosts mighty and dangerous beasts as the main characters.

Though the studio is not very generous with the info regarding the upcoming releases, if things are to judge by their “first-born”, these are going to be two more impressive stories equipped with powerful options, excellent visuals, and fantastic music.

Currently, the company is focused on slot game production as one of the most popular and most wanted categories. Perhaps in the future period, depending on trends and demands, their curiosity results in exploring some other fields as well.