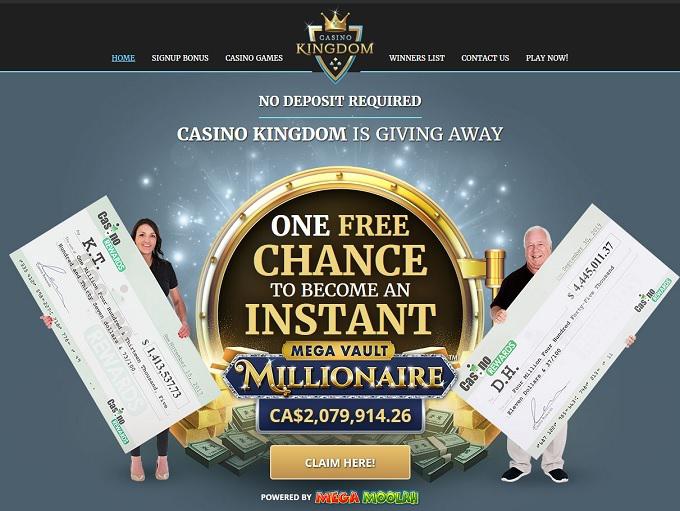 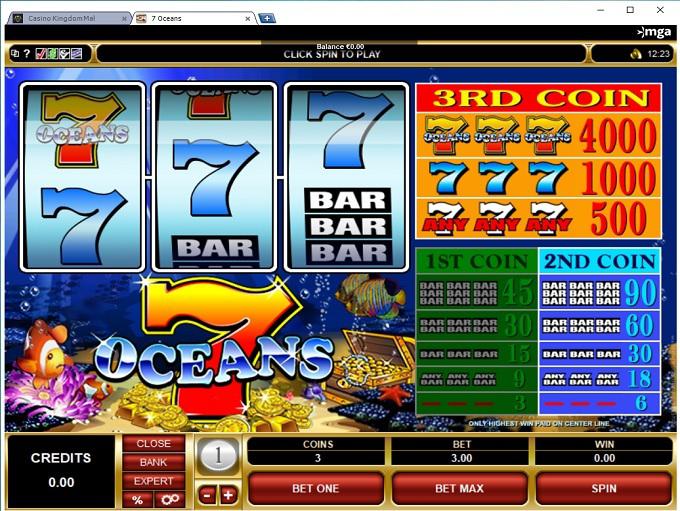 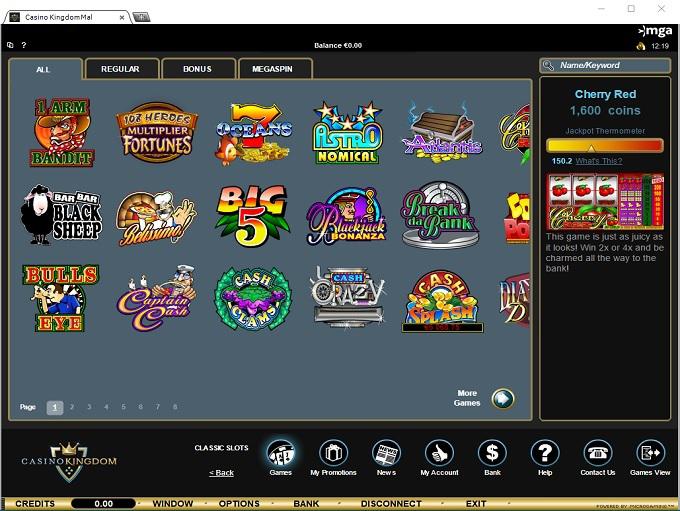 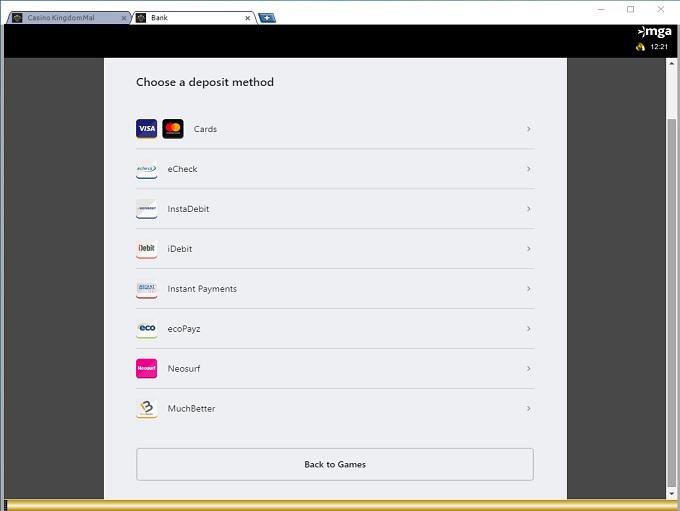 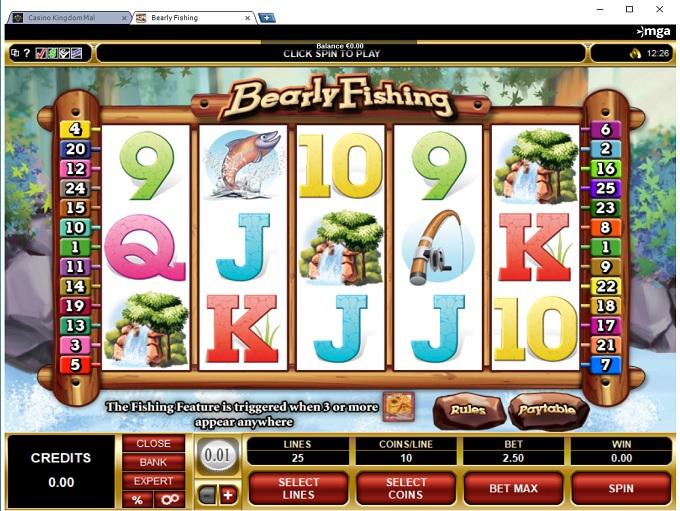 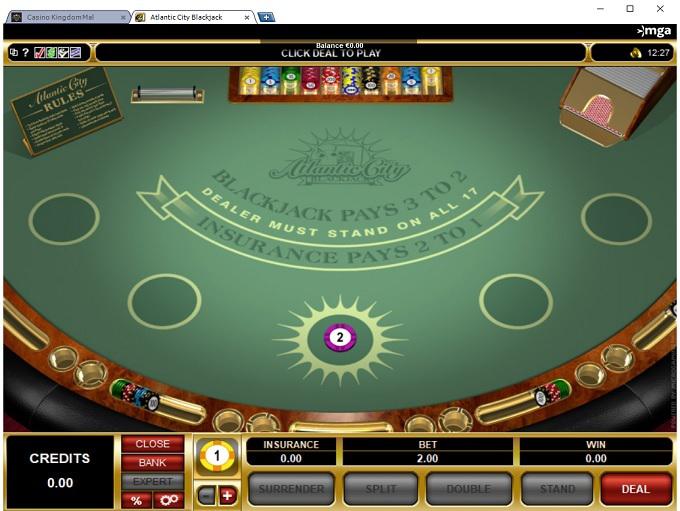 Despite a vast number of gambling websites out there, not many of them offer you a free chance to become an instant millionaire. The great news is Casino Kingdom does provide players with such an awesome opportunity, what’s more, it’s available to every new player – no exceptions!

Yes, you read it right. Being one of the numerous sites that belong to Casino Rewards, this place is home to Mega Vault Millionaire™ - a 5x3 Progressive slot, developed by Microgaming exclusively for the CR Group. Powered by legendary Mega Moolah, this game is packed with four Jackpots - Mini, Minor, Major, and Mega that start at $10, $100, $10,000, and staggering $1 million respectively!

Can I Play Mega Moolah at Casino Kingdom?

As you have probably already guessed, here you can also find other famous one-armed bandits that make the world’s largest progressive network run by Microgaming, with Mega Moolah being on top of the roster. The Isle-of-Man software giant also supplies RNG table games and video poker while all fans of the authentic Vegas atmosphere can enjoy the full suite of the Evolution Gaming’s Live Dealer masterpieces, as well as roulette titles catered by Real Deal Studios.

Casino Kingdom is far from being a new name but the website you see today is a revamped and significantly upgraded version of the original platform. A couple of years ago, downloading the casino software was the only way to have fun at this venue, moreover, only users of Windows desktops had this privilege as it didn’t work for Mac users.

Keeping pace with the latest trends, people behind the brand made their casino available for mobile players and, it’s safe to say, the site is responsive and easy to navigate.

If you want to play at home on your desktop, we still would recommend you to download software because if you opt for instant play, you’ll be redirected to the mobile version, which doesn’t really match the big screens.

At Casino Kingdom, you will come across only one slot maker but given that we talk about Microgaming, it’s not bad news at all. Quite on the contrary, you’ll be able to take advantage of a vast collection of games including famous branded titles, classic fruit machines, action-packed adventures with ways-to-win instead of usual pay lines. Of course there is a striking lineup of enthralling stories spiced up with whopping Progressive Jackpots.

Regardless of whether you prefer blackjack, roulette, or baccarat, you’ll find your fave in the vibrant category dedicated to the RNG table games, which are mainly delivered by Switch Studios, one of the Microgaming’s exclusive content providers. When it comes to traditional poker, you’re out of luck but the video poker section covers a bunch of most popular variants.

If you feel ready to face a real dealer...

...then a nice assortment of poker games is literally at your fingertips, all the more so Evolution can brag of the highest quality of streaming even under slower connection speeds. All in all, the section with Live games leaves a very pleasant impression and if you haven’t played roulette with Real Deal Studios yet, give it a shot as they offer a one-of-its-kind experience in the company of most charming croupiers.

In the case, you have an account at one of the sister sites to Casino Kingdom, we bet you’re well-aware of the popular vault favorite Once-of-the-Lifetime Luck or Get 1 Free and Take 40 for €1 promotion, which is a Welcome offer at this particular venue as well.

Valid for spinning the reels of Mega Vault Millionaire™, it lets players choose whether they want to take only one free chance awarded on registration or also claim the additional forty spins. With the second variant, 41 chances are credited after the first deposit of €1.

What about other bonuses?

The aforementioned sign-up deal is the only regular promo featured at the website, at least it was the situation at the time of writing this review.

While the T&Cs reveal...

the possibility of deposit-match bonuses, we sincerely doubt anyone could be interested. Wagering requirements for the first and second ones are set at unbelievable 200x! Apparently, only after your third deposit, you can count on a 30x playthrough, which is considered fair.

Not only Visa and MasterCard but also Skrill, Neteller, and Much Better are on the list of banking options. The minimum withdrawal is set at €50 (or even higher for some countries) and, of course, if you want to cash out via Direct Bank Transfer, you can’t withdraw less than €300.

Just a heads up, while the majority of websites consider your account dormant after 12 months with no activity, here it will happen much sooner - just after 60 days.

If you fancy Microgaming’s progressive slots, then all chances are Casino Kingdom might become your new perfect match. However, punters used to a wide choice of bonuses and better site usability would find it hard to fall for this place.