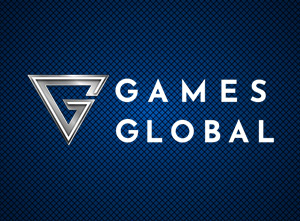 Founded by a former IGT and Lottomatica CEO, Walter Bugno, and previous CFO at SafeCharge and Playtech, Tim Mickley, early in 2021, Games Global Limited officially entered the market as a new foremost supplier to the industry after acquiring the industry’s award-winning distribution channel from Microgaming, Quickfire.

The newly formed private capital backed company is set to deliver premium portfolios from 50+ studio partners and bring together the iGaming's biggest and rising stars of software development.

Launched in 2010, Quickfire has grown to staggering numbers over the years; its catalog now comprises of 3,000 titles, available across 980+ gaming brands in various parts of the world. The purchase agreement is expected to complete in Q2 2022, and it will also include access to a record-breaking progressive jackpot network that has paid out over €1.3 billion to date.

Thanks to Microgaming’s long list of innovative software partners and revolutionary products, Games Global will be able to continue to deliver fresh monthly content solutions in the following years.

Some of the most recognized content partners on this list are All41Studios, Aurum Signature, Buck Stakes Entertainment, Fortune Factory and Triple Edge, including a host of other exclusive brands on the Quickfire network.

The principal sale of Quickfire distribution business happened on 15 November, 2021. Around the same time, Microgaming’s CEO, John Coleman, published an announcement about stepping down by 31 December that same year. As disclosed, the “Microgaming Acquisition” has empowered Games Global to become the rightful owner of interests in game studios as well, located in various regions around the globe.

Upon receiving all regulatory approvals in the second quarter of 2022, the newly formed private capital backed company will officially become one of the leading suppliers of iGaming content in the industry. Under the terms of the agreement, Games Global will “inherit” a portfolio of slots and other related casino content from more than 25 studios, approximately 3,000 games.

This catalog consists not only of mega popular blockbusters that grew to prominence over the years, but all progressive jackpots available on almost 1000 casino sites.

As explained by CEO Walter Bugno, Games Global will continue to contribute to the iGaming industry with fresh of diverse backgrounds and epic stats, powered by some of the most premier names around. The company will also focus on established international regulated and emerging markets, while incorporating new innovative technologies will remain its highest priority in the future. 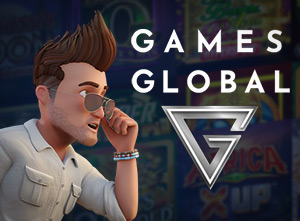 As one of the leading aggregators of online gaming content, Microgaming has assembled a portfolio of over 3,000+ titles over the years, powered by 25 game studios, acquired mostly over the last few years.

Among the latest software brands to join the network are Buck Stakes Entertainment, Neon Valley, Aurum Signature, Pulse 8 and Switch, favored among the players after releasing hits like 8 Golden Skulls of Holly Roger Megaways Firepot, Queen of Alexandria Wowpot, Burlesque by Dita, Carnaval Jackpot and more.

As a result of the recent purchase agreement, Games Global has inherited rights to all the classics in the portfolio, including a huge list of favorites with well-established reputation on the market: Immortal Romance, Thunderstruck, Book of Oz, Break da Bank Again, Masks of Fire, Mega Moolah, Wheel of Wishes, Book of Atem, Stumpy McDoodles, North Storm, but also, Vegas Single Deck Blackjack, Dragon Tiger, Atlantic City Blackjack and other inspiring games of chance.

Aside from the monthly releases and branded games (Jurassic World and Game of Thrones among many others), Microgaming and its partners have developed a range of advanced features with rising pots, infinite free spins, expanding and locked wilds, colossal multipliers, shared jackpots as well as mechanics displayed below that considerably bolster the experience:

Games Global will also collaborate with third-party software providers who contribute to the network on a monthly basis or per exclusive agreement with online casinos. Some of the partners on this list are Golden Rock Studios, Gong Gaming Technologies, Old Skool Studios, Iron Dog, Spin Play, Real Dealer, Realistic Games and so forth.

The world’s most popular progressive jackpot network has awarded over €1.45 billion since inception. It includes the biggest, most popular jackpots and games in the business, available on more than 980 gaming brands!

The three most rewarding slots on the network are Mega Moolah, WowPot! and Major Millions, dishing out €11,329 per day! A growing selection of epic jackpot titles will continue to grow under Games Global, making the current jackpot infrastructure even more diverse.

The creation of the industry’s next world-class iGaming content business will allow Games Global to create premium games content and distribute high quality in both established international regulated and regulating markets. Walter Bugno, the company’s chief executive officer has revealed, that the focus will remain on incorporating innovative technologies capable of serving new and existing customers at an exemplary level.

Games Global has joined the market at very turbulent times when a lot of competitive gaming aggregators are taking over what’s left in the online iGaming sector. As the next leading force, the owner of Quickfire has promised to commit itself to delivering the best-of-breed products and services that will ultimately enhance the end user’s gaming experience and help drive its business.

With content coming from more than 25 studios, a proprietary catalog comprising upward of 3,000 games, a world-leading progressive jackpot network and distribution with access to over 260 existing customers operating more than 980 gaming brands, the group is destined to achieve greatness in the following years the same as its predecessor.