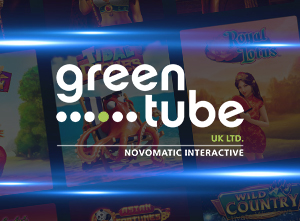 Greentube is as old as online casino gaming itself. The company started operating in 1998, and a few years later it was acquired by Novomatic. The company still works as an independent gaming developer, and it has quite a reach. Once known from its classic slots, the company has lately taken quite some strides to upgrade their games into the modern era. Besides slots, the company produces table games, video poker, and scratch cards.

Two decades in the industry comes with quite some perks when reliability and experience are considered. The company has offices throughout the world: Austria, Malta, Canada, Greece, and Slovakia. Their list of licenses is even more impressive, and probably includes more jurisdictions than with any other gaming company.

Even though the company manages to push out an experimental or otherwise modern slot, for the most part, their trust and expertise are laid on classic slots. These go beyond the bells, sevens, and fruits. What you can expect is the whole spectrum of traditional casino games. As they were in land-based casinos.

Reels, win lines, and features play the most important role. The animations and graphics are better than they were years ago, but still mostly meant for the background role they should have. This comes with familiar themes. For example, Egypt and its history are covered in a dozen different slots, with animals and biomes being another popular source of themes. All in all, the number of games is so great that you can find pretty much every popular theme covered.

Part of Novomatic and other games

Novomatic is another big company from middle-Europe. Greentube was bought by them in 2010, and it’s pretty clear that the two companies are big enough to have almost a monopoly-like control of the middle-European markets. Not only do the companies produce games, but also everything from servers to back-office software. For online casinos and land-based casinos alike.

Besides slots, the company is quite well rooted in table games. Video poker and video bingo games are their latest additions, and they are quickly cornering that market too. If you haven’t played any of their games yet, we suggest that you take a look. There’s a ton of great games to discover.