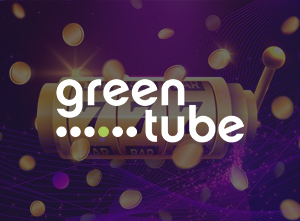 Greentube has been operational since 1998. The company is today part of the Novomatic Group, has joined the fold in 2010. They hold quite an impressive amount of licenses, covering all the important European jurisdictions. Besides producing their own slots, the company also works as a hub for other small development teams. The collection of slots is quite extensive, which it should be after 20 years in the business.

Animals and history as themes

The classic roots are well on display. The themes are very much what you would expect from a company that has roots with land-based casinos, not to mention with the wider Novomatic corporation. They’ve come a long way from those technical limitations though, with the latest in graphical innovation visible and fit for smartphone, tablets and desktops.

Ancient Egypt is on the reels, as are lions, elephants, savannahs, and safaris. Greentube has produced such a quantity of slots, that there is no shortage of other themes either. Whether its inner-city graffiti or modern video games, the company has you covered. There are even some branded games, such as From Dusk Till Dawn, which add something to the collection that you can’t find anywhere else.

Overall, the themes play a secondary role in the slots. The quality is quite near perfect, even if the style is somewhat old. Music and sound effects are not something that will arise to the forefront either, which is just as well given that they do their job in the background.

Unusual reel setups seem to be something this company excels in. Don’t worry though, there are literally a ton of games that offer the basic five reels with fifteen symbol positions. Different win line setups come with those games that break free fo this norm. You can tell the more modern games by their more contemporary themes.

...there’s also the video poker titles and table games to browse and play...

The games don’t do away with paylines entirely, but there are a few that experiment with something else than the usual ten or so paylines connecting from left to right. Some slots abandon this line of thinking entirely, instead opting for an abundance of symbols with the mission to simply match like with like.

Bonus rounds and expanding wilds play a big role in these slots. You will be hard-pressed to find anything more complicated, or experimental features that the other modern slot producers are filling their games with. These slots seek to only bring in chances to win big through special features, which means that there is usually either one or two specials in play per game, and that’s it. For those who are looking for massive payouts through basic wins, these games are perfect.