The current state of online casino play in the United States is extremely confusing and full of misconceptions for a lot of players. Because there are so many laws that have influenced online gambling and so many false claims by politicians and other figures, there's a thick layer of myth that surrounds the entire industry. We want to clear that up for players here so that there's a very clear idea of what the current state of online casino play is like in the United States.

What are the Federal Laws? 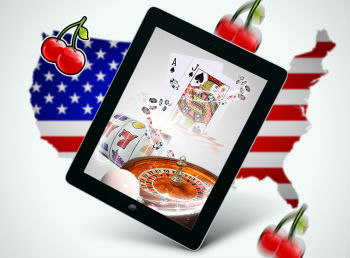 There are two relevant federal laws for online casino play. The first is the Wire Act that was passed in the 1960s to combat organized crime operations. This law made it illegal to accept sports bets over telephone lines, and a later court ruling had this include wagers placed over the Internet. However, the Department of Justice came out in 2011 to make it ultra clear that this law only applied to sports betting and no other forms of gambling.

The second law, and the one that's probably the most important at this point, is the Unlawful Internet Gambling Enforcement Act of 2006. Known as the UIGEA for short, this law made it illegal for foreign companies to offer online gambling services in the United States without a license. The two problems with this is that the US does not have jurisdiction over foreign companies offering services online, and it scared banks into blocking a lot of transactions for legal forms of online gambling because of threats of major fees and penalties if they accidentally let an illegal transaction slip through the cracks.

To be clear on this, the bottom line is that no federal law makes it illegal to play in online casinos in the United States. With that having been said, some states do have laws that make it illegal including Washington State, which ridiculously has online casino play as the same level of felony as punching a child in the face.

The UIGEA law came out in October of 2006, and it offered a period of compliance before it went into effect. Several software vendors decided to be safe and pull out of the US market, and this included major names like Microgaming and Playtech. The main motivation for most of the companies that left the US is that they are publically traded in other countries, and not adhering to the UIGEA's prohibition on offering games without a license would get them in trouble with those stock exchanges.

What are the banking options for US Players?

For players in the United States, the single most-reliable way to make deposits and withdrawals is probably a pre-paid debit card or credit card such as Visa or Mastercard. Visa seems to be the preferred option, though MasterCard is also a good option. The key to choosing the right card for this and keeping your deposits from being blocked is choosing a card that says it allows international transactions. If you have any doubt about what you're getting, the support team for your online casino will be more than happy to help you out.

Money transfer services like Western Union and MoneyGram are also used by some online casinos. This is a reliable option that isn't quite as convenient as pre-paid cards, but most online casinos that use this method will give you very detailed instructions on making deposits and receiving withdrawals that make it really easy on the player to get started.

Some newer options are Zelle which is an electronic transfer service that can be used on your mobile to make digital payments and depoit at online cassinos, it is only avaiable for US players and there are a variety of bank options so it should be avaiable to almost all US based players with a bank account. Another option is Ria, which is a money transfer method and can be used for deposits and withdrawals at a select few casinos.

Cryptocurrency is another option - Bitcoin, Bitcoin Cash, Litecoin, Dogecoin. BTC seems to be the favourite, here is a list of casinos allowing crypto deposits, make sure to check player ratings first and avoid sites with warnings.

Current State of US Online Gambling

At this stage in the game, online gambling is basically decided on the state level. While no states can allow online sports bets because of the federal Wire Act detailed above, a number of states have decided to regulate the industry. New Jersey and Delaware have regulated most forms of online gambling, and Nevada has regulated online poker only. Because these jurisdictions have government-mandated licensing process in place, software companies are allowed to offer games there since they aren't in violation of the UIGEA.

Most people from most states will have no problem connecting to an online casino, putting up deposits and receiving withdrawals. The main issue any player will run into now is one of the available banking methods because of how the aftermath of the UIGEA has worked out in terms of some banks continuing to block transactions, but the landscape has gotten much more favorable in recent years, especially after the 2011 clarification of the Wire Act not applying to online casino play by the Department of Justice.