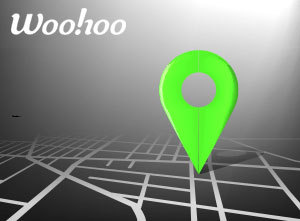 A unique idea is what makes one brand stand out from the competition, and that’s not an easy task at all. In an industry that has ever-expanding target markets in varying locations, one has to design content with no boundaries.

Developing responsive games that work on any device is not a matter of choice, it’s a must. This is achieved by taking away all the visual clutter so players can easily find what they need to for an intuitive gaming experience.

What about the forward-thinking team behind Woohoo Games, does it fit in this description?

From what we have seen, it already proves that it has what it takes to gain visibility and make some significant changes, enhance playing experience, and much more than that. The studio fulfills all the above-mentioned criteria, which is more than enough for a successful head start.

Let’s find out more about this developer with solid potential!

Every content producer has its own set of ideas and plans, as well as a thoroughly brainstormed strategy that should make them different from the competitors.

So, what did Woohoo come up with?

To simplify their philosophy, they come up with three words that perfectly explain what is the studio focused on. Those are:

There’s even a short and sweet story about how the studio was born, and it goes like this:

…when a group of casino experts and curious creatives get together and ask:

“Is there a better way?”

To customize the experience…

…is another important goal they strive to. Wanting “everybody to make our products theirs”, the developer made sure that each release can be tailored based on particular requirements of a specific market. A plethora of available languages and currencies undoubtedly confirm that they are heading in the right direction.

One of the fastest ways for new brands to grow rapidly and gain visibility across the industry are business agreements, and this producer made sure to ink several deals.

Among the bigger names which tied the know with this creative team founded in 2019 are:

This agreement was made in March 2020, giving them a highlighted position on Nektan’s influential aggregation service and a fantastic opportunity to showcase their library to a large clientele.

Set out to relieve casino and betting operators the time consuming, and resource-draining workload of game integrations, operations, and maintenance, BlueOcean is already a familiar name in the industry.

What makes this alignment particularly vital in the studio’s career is the fact that their catalog hosts several market-specific RNG releases, such as Teen Patti, Andar Bahar, Cricket Kings, and several others, which make them a perfect choice for the local consumers.

What seems to be a thing in common for all the releases featured on their platform is that they are offered in numerous languages and support multiple currencies, including crypto. This allows operators in territories worldwide to maximize their revenues by tailoring their content portfolio to suit their market.

Though yet not crowded with titles…

…its library is filled with diversified content, which implies that they are eager to create products suitable for various playing styles and skill levels. At the moment, the lobby is equipped with slots as well as several traditional casino games.

Among the slots, one will find several interesting releases, each of them bringing a story with a different and dynamic plotline. In terms of aesthetics, it’s more than clear that they paid lots of attention to details and the character design.

…what all of these digital one-armed bandits share as the mutual quality is a solid RTP, with 95% being the lowest one. Moreover, each of the titles is packed with actionable features, which add just the necessary touch to make the course of the game challenging and unpredictable. These include bonus spins, expanding Wilds, additional games, random progressive JPs, mystery symbols, and many more.

As for table games…

…there are Teen Patti Rapid and Pro, Spin the Wheel, Andar Bahar, American, and European Roulette, Let'em Ride. The rules of these may be familiar, but as the team points out, but each of them is given the “Woohoo treatment”.

All in all, a brief overview of their catalog indicates that the team is not afraid to push the boundaries and explore the possibilities in multiple segments- design, story-telling, features and options, and much more. Thanks to top-quality cross-platform optimization, Woohoo Games certainly stands every chance to gain the reputation of desirable brand to tie the knots with.