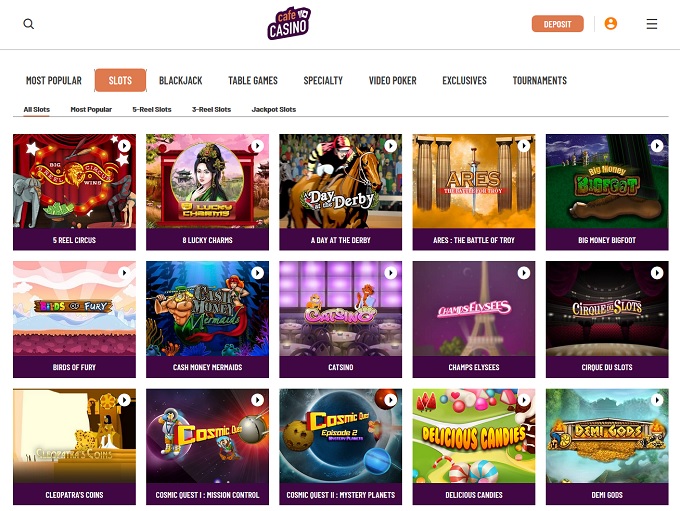 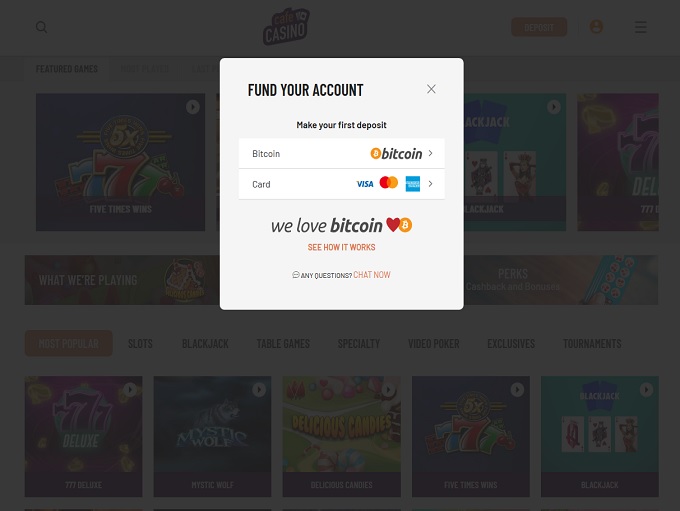 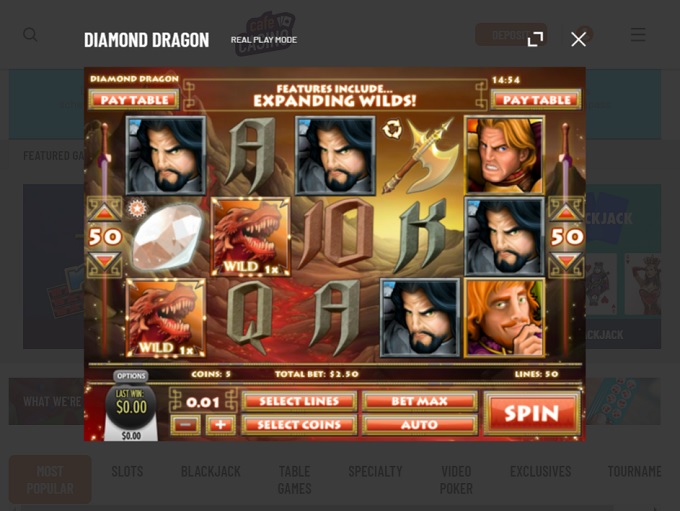 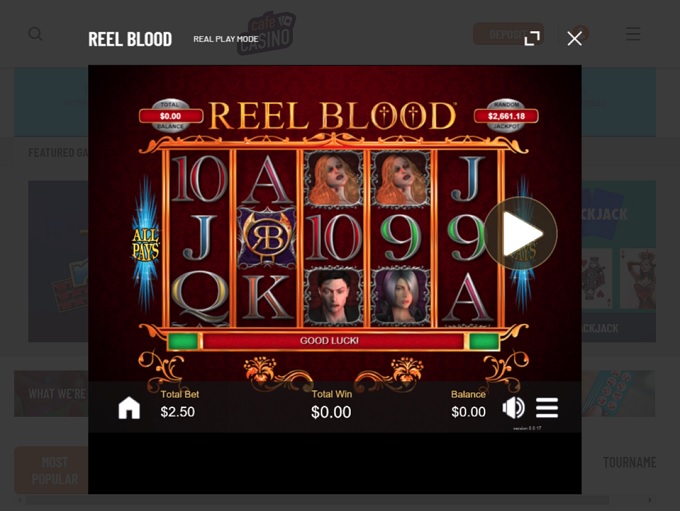 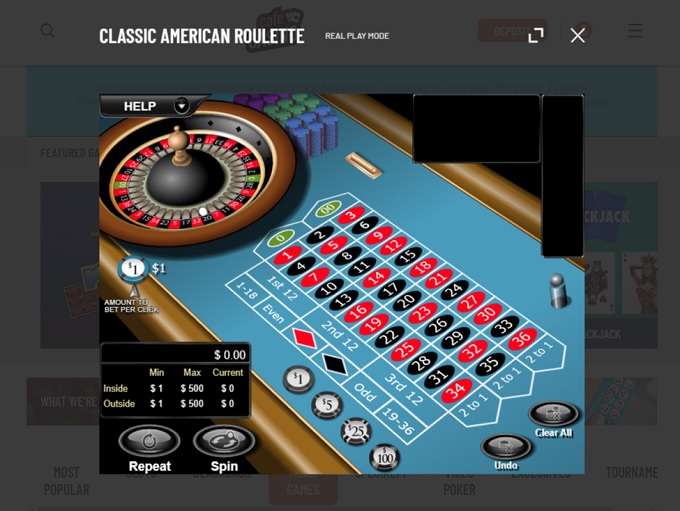 Licensed by Kahnawake, Cafe Casino was first launched in April 2016. This online casino has not been around for very long, but they are one of the Betting Partners sites, a company that's known for taking care of their players. Between the history of the company running the show and the strength of the Kahnawake license, players have plenty of reason to believe that this site should be trustworthy, but they definitely haven't been around long enough to build their own history. They also accept US players.

There are games at this casino from three different software companies. The first is top-tier slots provider BetSoft, and the others include Realtime Gaming and Rival Gaming. These are the three most popular companies that allow their operators to take on US players, so it makes sense for them to all come together in one place to offer a superior product as a whole.

Players will mostly have two options to choose from when it comes to how they decide to play here. The first is an instant play option, and all you need to run this option is a computer with an updated Internet browser. This means Mac computers, computers that run Linux and Windows-based machines can all be used to play here. On top of that, they also have a solid mobile option that gives players access to a great number of games without any kind of compatibility issues since it also uses a web-based app. Players with smartphones and tablets that use Windows mobile, iOS, Blackberry and Android can play using this interface.

Their wide selection of slots is made available from the fact that they have multiple software providers. This means you get the 3D slots from BetSoft, the i-Slot series from Rival Gaming and the Real Series of games from RTG. This is a great combination of games of different styles and formats, many of which include progressive jackpots. It's hard to find a selection of slots larger than this that's available for US players anywhere in the industry, and that's something that stands out in a major way.

A ton of different table games are available here, and it's again because they have multiple software developers that have contributed content to the same casino. The standard selection of roulette, craps and Baccarat are the top picks for many players, but their strong selection of blackjack, casino poker and video poker games are great for players who prefer a bit more strategy in their play. Scratch cards, keno, instant win games and other titles round things out to give players a lot of different options, and the large game selection is one of their biggest strengths overall.

Credit cards like Visa and MasterCard are accepted at Cafe Casino. They also take bitcoin for deposits and withdrawals, and if you aren't familiar with this cryptocurrency, then they have easy-to-follow tutorials that will walk you through every step of the process. In terms of the reliability of their withdrawals, they don't have their own history for this since they haven't been around for very long. However, the company that operates them has other online casino properties that are known for being reliable in this regard with quick payouts that players can count on.

There are two ways to contact customer service here with a 24/7 telephone number and an email submission form. We aren't that thrilled over the lack of a live chat options since that's what we tend to think is the most popular way to contact support for most players, but the fact that their telephone line is always available helps with that quite a bit.

Again, this casino is in a situation where they haven't been around long enough to have any kind of reputation, good or bad, for customer service. If they are anything like their sister casinos, however, then they will have strong support with helpful, friendly service.

The story here is that this casino doesn't have an established history because it's only recently opened. However, everything that they have going on so far would indicate there's a very low chance of them ending up causing players problems of any type whatsoever. Along those lines, we feel comfortable recommending this site because all of the factors line up to show us that the people running the show know what they're doing and have a reputation for doing the right thing.

If you'd prefer to play with a similar casino with the same software combination but a longer history in the industry, then we can recommend Bovada Casino and Slots.lv. Both of these sites are a part of the same group as Cafe Casino, and they are both a bit more established because they've been around for longer and have their own reputations.