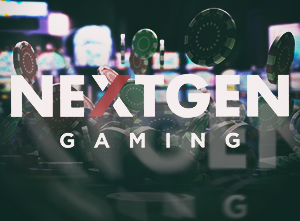 NextGen started operating in 1999, and even though they no longer exist as an independent company the brand lives on, as do the studios producing the games. The company was acquired by NYX Gaming Group in 2011, which in turn later became part of Scientific Gaming. Even though the NextGen originally hailed from Australia they are a global brand today.

Though operating under a different organisation today, the brand is still semi-active under the SG Digital platform. It’s not entirely certain if new games are consistently added to the mix, but at least you can easily find all the old favourites from the majority of online casinos. The catalogue still covers hundreds of titles, whose strength time hasn’t worn out in the slightest.

Even back when they operated as an independent entity, you could find NextGen Gaming online slots on pretty much all major brands. This was thanks to both the quality and the quantity of their portfolio. Hundreds of high-quality games that covered everything online gaming had to offer.

Now that they are integrated into two other major brands you can be sure that the games can be integrated to pretty much any platform with ease. Thanks to this, the slots can be found at hundreds of different online casinos, even if new games aren’t pushed out at a regular place anymore. 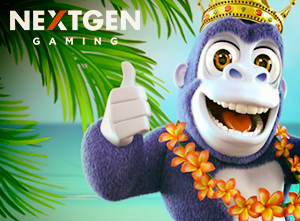 Yes, we know. We already told you that the games are available everywhere. At least in the online space. The parent company, Scientific Games, however is active in pretty much all other verticals too. This not only includes table games, or scratch cards, but all sorts of land-based endeavours too. In fact, the latter might just be the more important area for the company. And this guarantees that these slots find new homes in cabinets and machines, ensuring popularity and fresh releases in the future too.

Though the games might move into other domains, there is no fear of NextGen forgetting what they are all about. One of the products they are deeply involved in is the OGS, or Open Gaming System. This is a software suite that works as a back office tool and setup for online casinos. Not only does it allow integration of their own games, but those of countless other studios too.

This adds the much needed table games, video poker titles and other specialities into the mix, ensuring that any site offering games from this provider, can also offer others points of interest. Naturally, you can expect full mobile compatibility. Security and safety is paramount too. Although the latter is mostly left to the casinos and their licences, you can be sure that a studio with decades of presence and experience is completely trustworthy.