With a history that extends back to the 1950s, Aristocrat is one of the oldest companies in the world when it comes to the production of slots.

They eventually made the jump over to the online gambling world, and now their games are available in more than 200 different jurisdictions.

Many of their land-based games have been converted over to online titles, but they've also been very active about getting the licensing rights to major brands for creating unique online games. 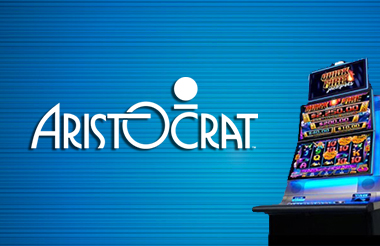 Generally speaking, you won't find many online casinos these days that exclusively use Aristocrat's software. Instead, they tend to operate as a games provider for operators that already have an established platform.

In particular, you'll often see their games paired up with the Playtech platform, though other platforms are used as well. Because they have this strategy of providing games instead of an overall platform, they've been able to streamline their operations while making deals to be put in front of hundreds of thousands of players across the world in some of the most popular and successful online casinos running today.

The focus for Aristocrat in the online world is slots, and that makes sense since they're basically an online extension of their land-based games. Stylistically speaking, these games tend to have smooth graphics without the gaudy 3D approach that you see sometimes, and even though they aren't going to be giving your graphics card a major workout, they are definitely visually appealing.

A number of progressives are available, but they also have games with a lower volatility for smoother sessions. This is good since many providers these days focus on high-volatility experiences instead of offering something for everyone.

All of the games produced by Aristocrat are offered in an instant play format. This has a number of advantages, and one of the key advantages is that it makes it relatively simple for their titles to be included in online casinos that use other types of software.

What's more is that the industry is headed more towards an instant play format overall anyway, so they're playing right into the future of the business. All of their games load quickly, and these instant play titles are build from the ground up to combine convenience with fast load times.

Aristocrat also offers many of their games in a mobile format. Mobile is the largest-growing sector of the industry, so it makes sense that they would go after this particular part of the business.

Their mobile titles operate in a web browser for some online casinos and inside of a special app for others, but the gameplay is essentially the same.

These titles work on a wide variety of phones and tablets including both iOS and Android as well as a number of other brands, and their graphical style really comes through strongly on the smaller screens.