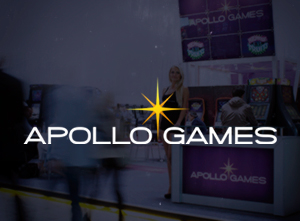 Apollo Games is a Czech-based company, which made its first steps in the casino business in 2007. This Eastern European brand cannot be called large, but it’s influential. Games produced inside their developing studio reached markets around the globe and found their place in many international online and land-based establishments.

The team which stands behind the name Apollo Games is mainly focused on producing slot machines. However on the list of their professional achievements, one can find lottery solutions, technical packages for updating aged terminals, and similar handy products which can help brands worldwide to modernize and freshen up their offer.

Like many other developers who started their journey more than a decade ago, Apollo Games' main interest, when the company was just making an entry on the scene, was constructing brick-and-mortar entertaining equipment; this relatively small company managed to launch its products to several casinos in Europe and Africa.

Just a few years into the business, and the tables have turned; online casinos became a thing among the players while leaving the good, old, land-based establishments in the mud; many players turned to online entertainment, given that its more convenient, and in some cases, bonus-wise, more appealing. The Czech-founded company, Apollo, understood the new needs of players and started to produce slots for the online market.

Throughout history, Apollo Games signed multiple significant partnership deals, amongst other the one with BetConstruct. This specific agreement helped this European brand to reach new markets, and present its content to a larger amount of clients.

Considering that for years, Apollo Games created machines only for onshore businesses, it’s no wonder their online gaming portfolio is fairly petite. Something over thirty titles can be found inside their library, mostly modern and classic video slots.

This experienced brand maybe isn't offering such a vast number of games, but when it comes to quality, they have what to be proud of; lots of interesting, engaging themes, colorful and vivid designs, boosted with some hefty playing features, including progressive jackpots.

While playing Pinky Cat, Crystal Miners, or Slot Ghosts, players can stumble upon Bonus Jokers, double-up features, multipliers, and more. Gamblers who like to spice up the fun can try their chances with Slot Birds, powered with extra spins and a progressive jackpot which can bring a potentially massive winning.

As for the table and card games...

...Gamblers can take a shoot with Poker and Roulette titles, which are, in every way, pretty average. The designs, the features, there is nothing extraordinary about them, but they will, for a fact, satisfy your needs for a decent gambling session.

The majority of games can be consumed on small-screen devices. Apollo Gaming is well-aware of the fact that gamblers like to be able to enjoy their favorite casino content anywhere and anytime, so the Czech-founded brand found a solution- to construct their titles on the HTML5 platform, the most modern key for creating mobile-friendly content.

The procedure for playing slots on your phone or tablet is easy: provide a stable internet connection, open up your browser page, type in the name of your luckiest game and start! No need to download any apps.

Taking into matter that Apollo started as a small company, somewhere in the middle of Eastern Europe, they came a long way. They successfully managed to transfer into online slot production, following the latest industry trends.

This is certainly an admirable fact.

Additionally, they succeeded to reach the far, African market, and present they work rather far from its base location. Generally, we are full of respect for companies that are marking more than a decade of their existence; they obviously find some way to be better than thousands of others, who failed to impress the customers, and left the iGaming scene faster than they arrived.