Casino Technology is a Bulgarian betting firm that specializes in providing land and online gaming solutions to their customers.

The company has grown in leaps and bounds over the past fifteen years, and now hosts offices in Austria, the Czech Republic, Spain, South Africa, Panama, the United Arab Emirates, Las Vegas, and many other locations throughout the globe.

Since its launch, they have developed and released more than 500 games, and the company still continues to support its older games in the form of a Legacy Collection, which contains games that were released from 1999 through 2009. 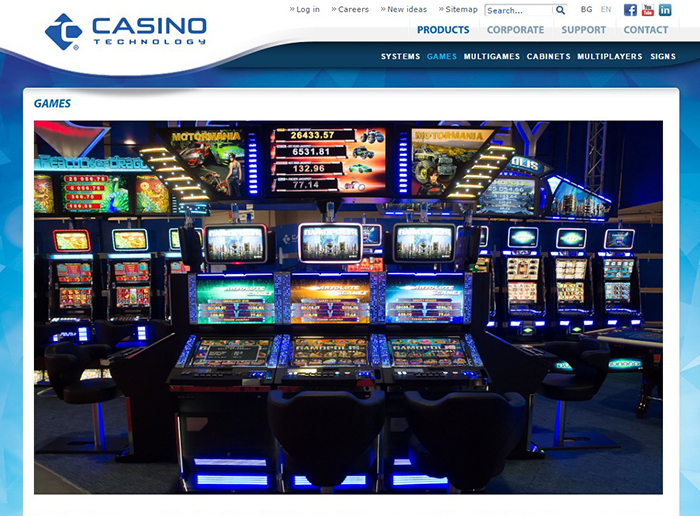 More modern games make up the bulk of Casino Technology’s library though, as the firm has released numerous 5 reel video slots such as Valkyrie, Fat Lady, American Gigolo, Lucky Hat, and many other games.

Slots have variable RTP percentages and features, which can include free spins, wild symbols, scatters, and pick’em games, among others.

In addition to slots, they also offers roulette and bingo games to their customers, although the title options are a lot more limited.

Currently the company offers Jester Bingo, King’s Tomb Riches, Bingo Fast, and Bingo Best, all of which offer a different skin of pretty much the same game, while the Roulette game sits alone as a standalone title.

Casino Technology deploys its games through a software suite, which it has dubbed “The Big 5” after the large animal hunts in Africa. Rhino is the land based server of operations, while Buffalo is the jackpot server, tying in large cash prizes to operators offering Casino Technology’s games throughout the world.

Elephant is a Remote Game Server that allows for both CT and third party games to be offered to desktop and mobile devices. Leopard is the platform that delivers the online casino games, and Lion is the payment system, which processes deposits and withdrawals.