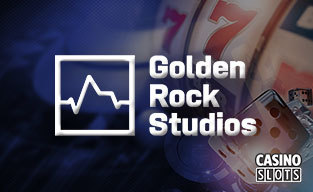 Golden Rock Studios began operating in 2018. They are by no means a start-up or a newcomer to the scene, rather they are one of those second-wave gaming companies that were formed by industry experts. This means that they know what they are doing, for who they are doing it, and with whom they are doing it.

The company has a clear style that they employ in their table games and slots. When it comes to the latter there is a lot of variety in bonus features and variance (though very much concentrating on big wins). They also boast to design unique feature and to offer complete mobile compatibility. So how has it all played out so far?

A passion for gambling

Besides employing people that excel at their job through skills and experience, Golden Rock Studios also holds a healthy interest in gambling necessary. Of course, when you have an actual interest in the subject matter you will go beyond skin deep, which is something that allows the company to offer the players something that most other bigger companies cannot. This mostly manifests as honed products, and with a staff that clearly goes the extra mile to deliver you an even better product.

It also means that the games are widely available, as the people in charge know what connections to make and which online casinos as the best places for their games to be in.

We don’t go in too deep with the quality and quantity of games in this article. You can be sure that there are plenty of features to enjoy and a wide variety of wins to grab in these games. Their release schedule is about to pick up the pace as well, so expect a lot more games in the future.

Part of the Microgaming family

To make sure that the game are available in as many casinos as possible, and to take advantage of the expertise and knowledge of one of the biggest iGaming companies out there, the studio has signed a deal with Microgaming to provide them with exclusive games. This is not the first deal of its kind, as there are several others that have signed the same deals (such as All 41, Stormcraft Studios, Fortune Factory Studios and Triple Edge Studios).

We do not yet know how long this partnership lasts, but at least for now the games have become available in a wide variety of online casinos (as you can see from our list of suggested casinos).

No current license information is available, but this is no reason for worry. The partnership with Microgaming is telling enough, as is the fact that the company operates from the UK and Gibraltar.