Stormcraft Studios has made their name by producing slots for Microgaming. This is part of a larger restructuring at the latter company, where they seek to enhance their already massive selection of games by titles that are purely concentrated on quality. And that is exactly what Stormcraft does best. They are especially renown for their ability to produce sequels to already popular games. 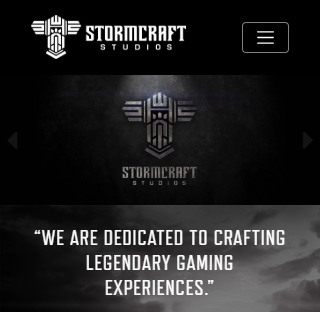 The company was founded in 2016 and it is situated in South Africa. Their games have already reached the global audiences, and now they just need to keep on pushing more slots to the markets. The company only produces slots at the moment, and this will likely stay so for years to come.

Going in-depth with the themes and material

The one thing that stands out from slots, and the themes, is that they go much further into the subject than the usual gloss laid on by most other gaming companies. This includes themed music as much as it does complete graphics, and animations to go with that. No matter what device you are playing on the look and feel of the games are always spectacular. The interface for the games is specifically built for mobile devices.

All of this would be of no use, at least to people who play with real money, if the wins weren’t there in big enough numbers. If you’re wondering about the return to player percentage, we are happy to tell you that it is always above 96%, often considerably more than that.

The big wins usually come into play via the special features. In Stormcraft games this is something more than just a few bonus spins. The wilds will expand, scatters will re-trigger bonus games, and there are even mystery symbols and extra reels that can come into play. Other special features fire during the basic gameplay, increasing the basic prizes. Now, the standard payouts you get from symbols aren’t light either. This, as you might have guessed, has to do with the fact that most of the slots are high volatility.

Forged in the storm with entertainment in mind

In the stormforge the company combines three things into their slots: experience in the industry, passion for innovation and dedication to quality. This is quite clear for anyone who has played their slots. The purpose is not to simply push out massed quantities of playable games, but to produce content and games that will survive the test of time.

The team behind the company has produced or helped produce titles such as Immortal Romance, Jurassic Park, and Mega Moolah. It’s clear from these games that the company employs some talented artists and musicians, not to mention coders. All this experience and know-how has resulted in pretty awesome games. And more is to come.