100% Up To €/$500
New Customer Offer. T&C’s Apply. 18+. Table and Video Poker Game Restrictions: New players are restricted from using match offers on their first 3 deposits at any of the casino’s video poker and table games. The casino reserves the right to void any withdrawal made if a new player is found in contravention of this rule. New players are welcome to use their first three deposit match bonuses on Slots, Keno or Scratch Card games. 2nd deposit: 75% bonus up to $625. Code: CHINESECOIN. 3rd deposit: 100% bonus up to $500. Code: DANCINGDRAGON. 4th deposit: 125% bonus up to $625. Code: GOLDENCRANE.
Play 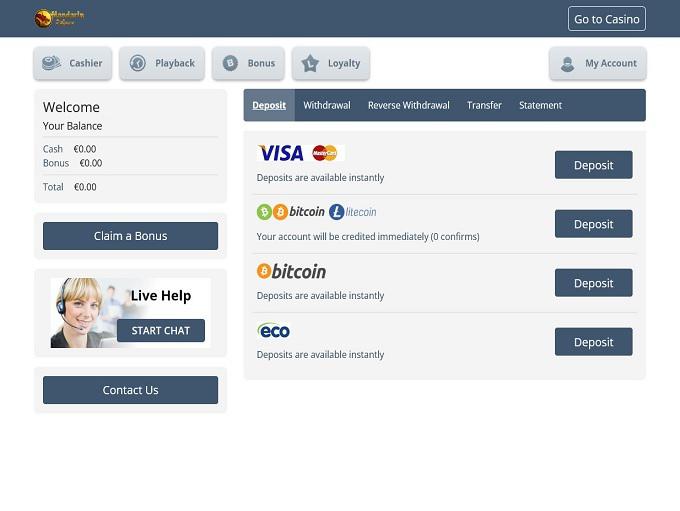 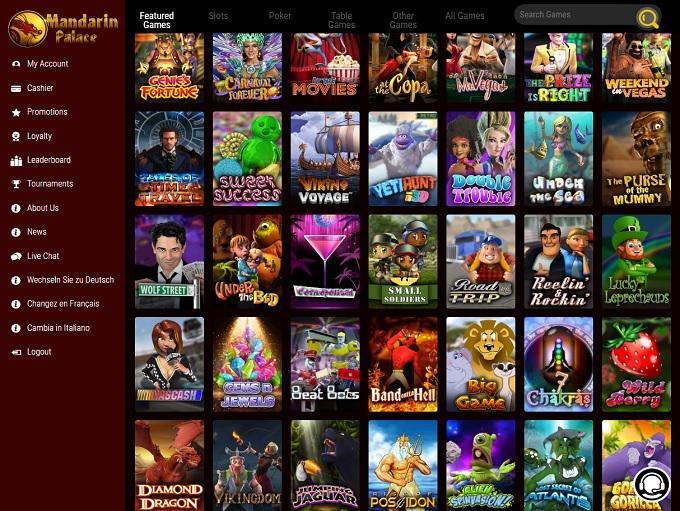 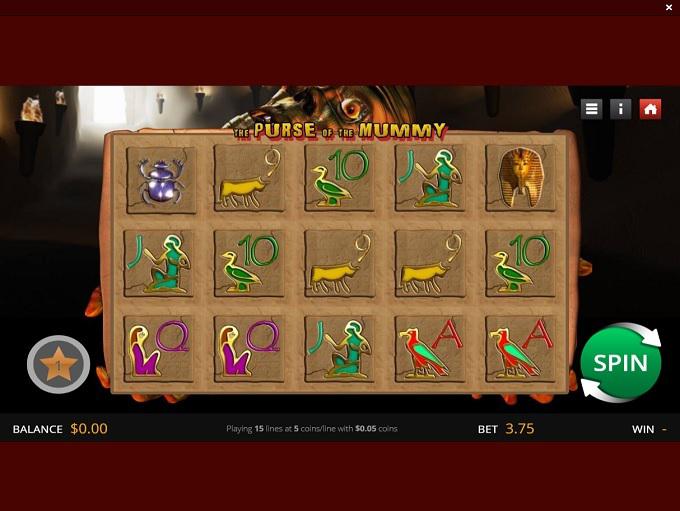 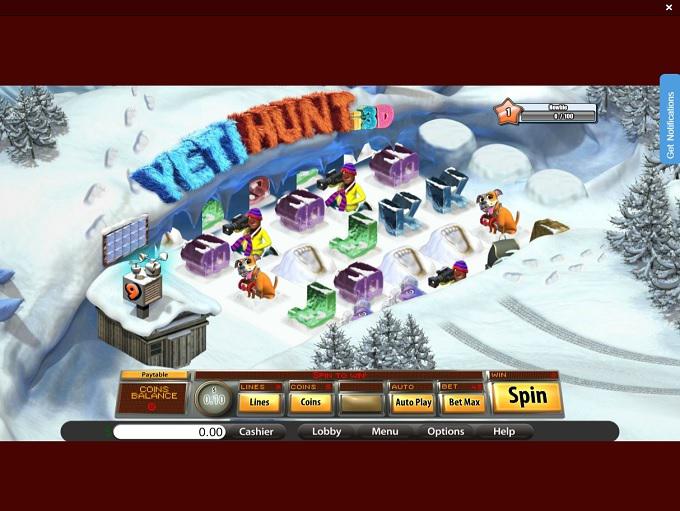 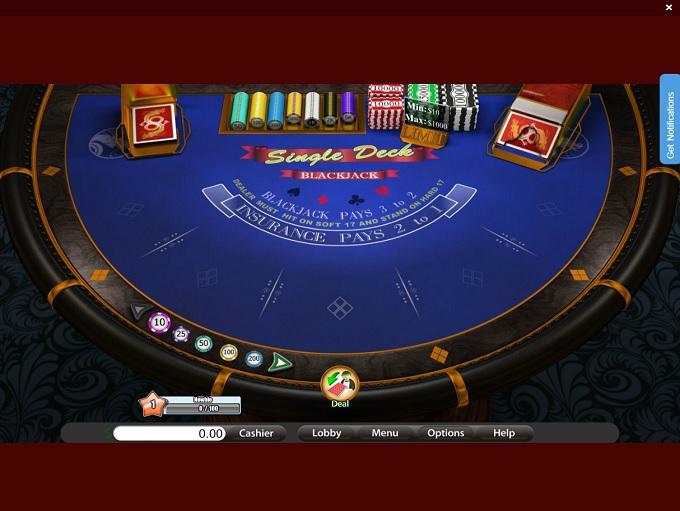 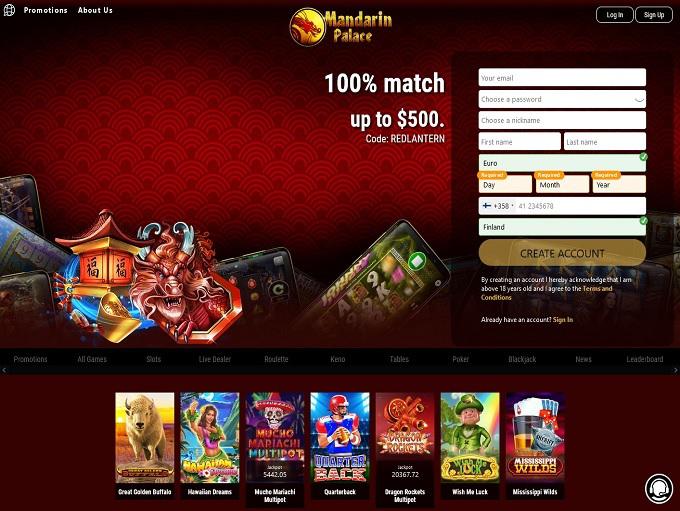 Since opening in 2009, Mandarin Palace Casino has been offering their services to players in many different parts of the world, including the United States. This site is operated by the Genesys Technology Group, a group known for operating a number of sites using the Saucify software. They are licensed in Curacao. This establishment offers a solid overall service, but they have specific weaknesses that are very important and that will make some players hesitate before playing here.

Saucify is the software used at this site. This software was previously known as BetOnSoft, but because of potential confusion with the BetSoft brand (and the obvious threat of a lawsuit), they switched their branding. They still have the same high-quality games before with a focus primarily on slots. For players from the United States in particular, this software represents a bit of a departure from the typical lackluster game selection that comes from a limited number of casinos to choose from.

There are three ways to play with Mandarin Palace. The first is the downloadable software, which works primarily on Windows-based PCs. An instant play option is also available, so players will be able to play from a Mac or Linux-based system as long as they have an updated Internet browser. For play on the go, you can get in on the action with your smartphone, tablet or other mobile device as well. This is a very inclusive environment, and it allows you to pick up and play in whichever way fits your hardware and personal preferences the best.

Because this site uses just one software package, the game selection is limited to the titles within that package. That could be seen as a bit of a weakness, but it's a part of what comes along with offering games to US players, since there really aren't that many software companies to choose from, and Saucify is definitely a contender for offering the best games of the bunch. Some of these games use 3D graphics, and others use different visual styles, but they've all been designed to give players a great experience.

The slots here are the stars of the show, and they cover a wide variety of themes and formats. The most popular games are probably Age of Spartans and Arcadia: i3D, which have fun themes and a great visual appeal. One of the things you'll notice about their slots is that sometimes they take themes that are common in the industry and put their own spin on things to create a one-of-a-kind experience. It's the sign of an innovative company to be able to do this.

Table Games and Various Other Titles

The table games selection isn't necessarily bad at Mandarin Palace, but it's definitely not up there with the slots. You'll have a handful of different blackjack, video poker and casino poker games to try in addition to the usual lineup of craps, Baccarat and roulette. We're starting to wonder if there's any online casino out there that doesn't offer the latter three games. The graphics and presentation for these games are high-quality, and the payout rates available for the more strategic games are frequently above 99 percent, which is outstanding.

While everything about the software and presentation is great, there are some weaknesses when it comes to the cashier system. You can use American Express, Visa or MasterCard in the credit card department, and Skrill, Neteller and EcoCard are available otherwise. Paysafecard, iDeal and GiroPay are all available for deposits, while direct bank transfers and paper checks can be used for withdrawals.

One key weakness for this site is that you can only cash out up to $1,500 each week. That can be raised to as much as $5,000 if you run up your level in their loyalty program, but that's extremely low and is fairly discouraging for new players. While this won't affect the majority of low stakes players, mid-stakes and higher will be severely turned off by this withdrawal limit.

The three ways of contacting the support team here are toll-free telephone calls, email and a live chat option. Over ten different toll-free telephone numbers are available for players from the United States, United Kingdom, Canada, Italy, Australia, Germany, Belgium, Denmark, Norway, Sweden and other countries. Support is available 24/7/365, and when we contact them to ask a few questions via the live chat platform, we were met with very quick and friendly service.

The bottom line with Mandarin Palace Casino is that their ridiculously low weekly withdrawal limit is a bit of an Achilles heel that represents their top weakness. It also doesn't help that they only have one software provider when they're competing against companies that have games from several developers, but as it was mentioned above, that's a part of offering games in the United States.