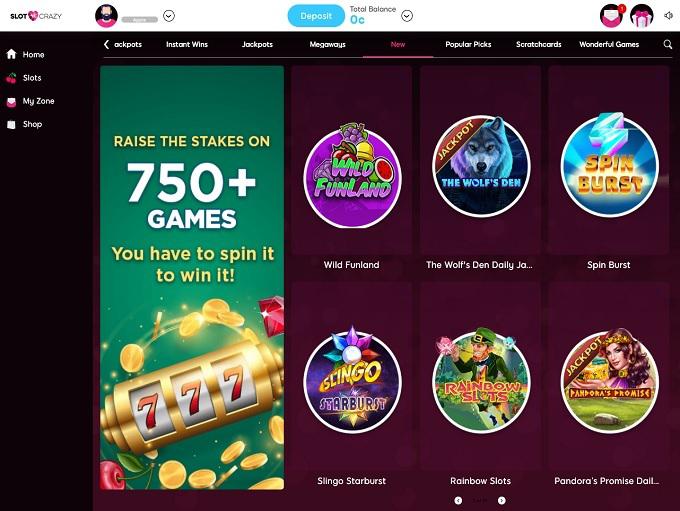 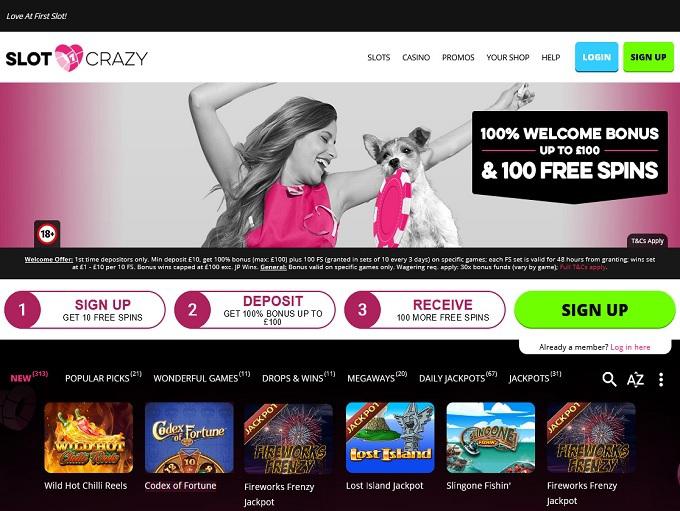 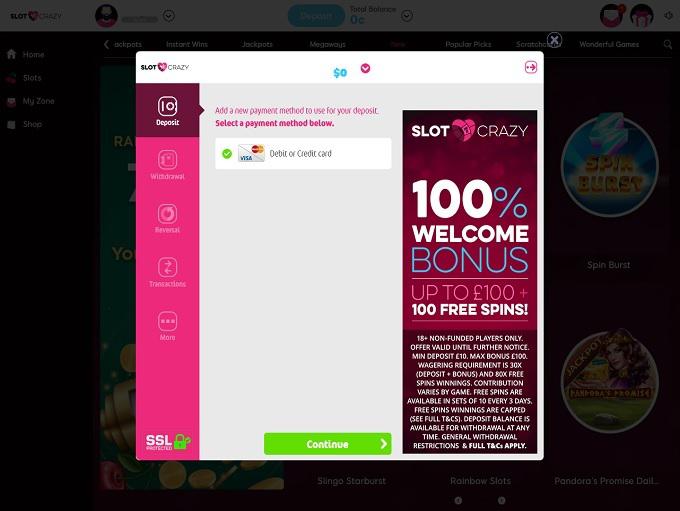 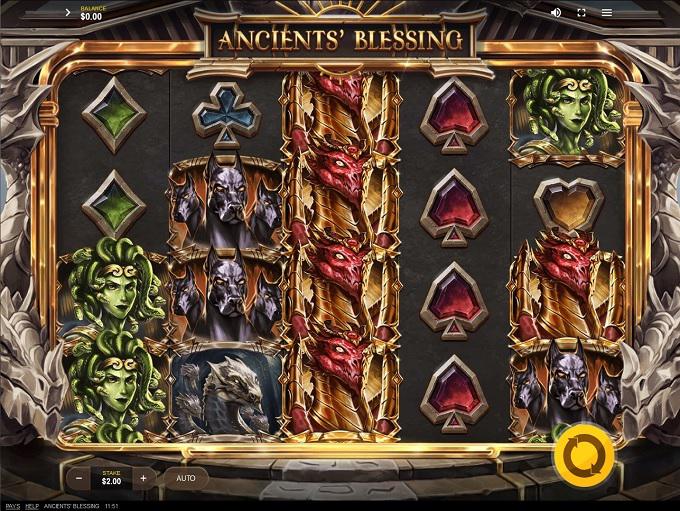 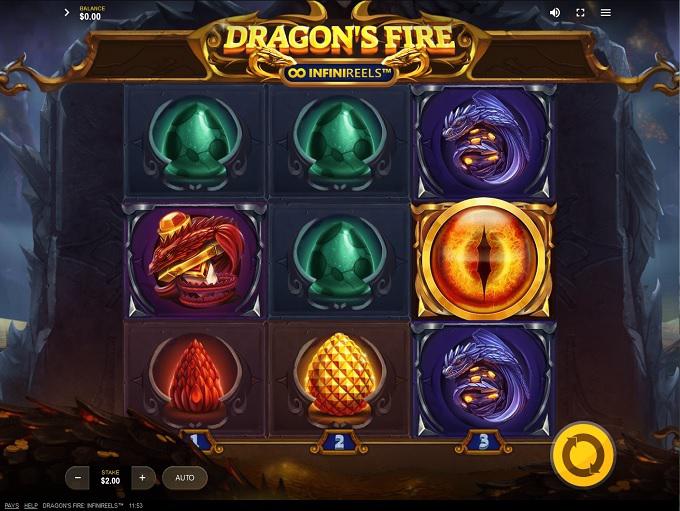 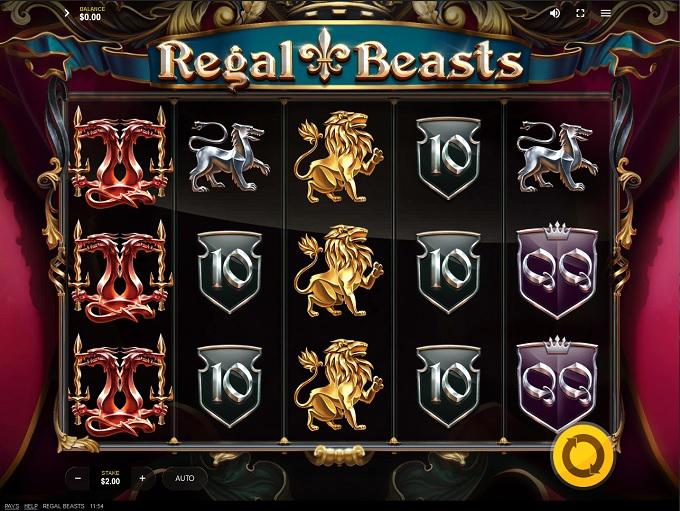 Slot Crazy Casino is a brand that first opened in 2015. Because they haven't been around for all that long, they haven't really had a chance to build up much of a reputation in terms of having a long-standing history of taking care of their players. It's pretty rational for some players to be hesitant to play here because of that, but their parent company is Cassava Enterprises, the operating subsidiary of 888 Holdings, and they are eCOGRA certified. Between that and the fact that they are licensed in both Gibraltar and the United Kingdom, we're a bit more likely to recommend playing at this site than other newer sites.

The software at this casino site is powered primarily by Net Entertainment, though there are also titles from WMS, CryptoLogic, 888, WagerWorks, 1x2gaming and a handful of other lesser-known developers. Because this site was created so recently, it's important to note that everything is focused around the instant play platform. They have followed a trend that many other sites have followed in getting away from a singular focus on the downloadable platform.

This site also has a great mobile platform. This mobile platform allows you to play all of their games through your web browser, though when you maximize a game to make it take up the entire screen, it'll feel a lot like you're playing from a native application. Since they use the browser-based approach, you don't have to worry about which kind of phone or tablet you use, as long as you have an Internet connection and an Internet browser that supports Adobe Flash.

The game selection at Slot Crazy Casino is obviously centered around online slots, but they also use their impressive number of software providers to create an interesting mix of other types of games. The end result is a bit of a patchwork of different games from different providers, in both the slots and table games category, that gives players a mix of titles that will keep them interested for quite a while.

The slots selection here is huge, and it's led by Net Entertainment's high-quality games that are particularly well-known at this point. Mix in a ton of games from WMS, WagerWorks (aka IGT's online division) and other providers, and you've got a ton to choose from. Since all of these games are designed to work in your browser, you can play them from any computer on any operating system, as long as you have a connection. They're also all available via mobile.

The way table games are handled here is pretty cool. Titles from WagerWorks, CryptoLogic and Net Entertainment have come together to give you a ton of options, particularly in the casino poker and related games department. Several variations of blackjack are available, thanks to CryptoLogic in particular, and the standard selection of Baccarat, craps and roulette are there as well. The video poker titles are a mix from different providers, so our piece of advice would be to carefully watch the pay tables so that you're sure you're getting the best payout rate possible.

The selection of banking options at Slot Crazy Casino isn't as large as what you'd find with some casino sites, but because there are a number of high-quality options, it doesn't really matter that much that the more obscure payment methods are excluded. You can use MasterCard, Visa, Meastro, PayPal, Paysafecard, Neteller and a handful of other options when you play here.

One item of note is that because this site doesn't have a long history of paying out withdrawals, it would typically be difficult to recommend them to players who don't want a certain amount of risk. New sites are sometimes rogue operations, and until they build a reputation for themselves, it's difficult to recommend a casino. However, because this particular site is operated by a company that has such an overwhelmingly strong history (and is eCOGRA certified), we feel comfortable in saying that your withdrawals should come reliably.

If there's one serious complaint that we have about this site, it's that they do not have a live chat option for support. Instead, you have telephone and email options available. While toll-free calls aren't that big of a deal to some people, many would prefer to use a live chat messaging system. Along these lines, it's probably their biggest weakness, though it's not something that will scare away the masses or anything like that.

This site is operated by one of the most trusted groups in the world, and although they don't have much of a reputation built up on their own, they can be trusted because of who is running the show. The only key weakness for this site is the lack of a live chat support option, and unless you just can't live without that, this is a fine place to play for just about any kind of player.