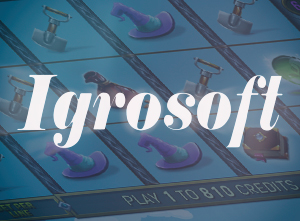 Igrosoft is something of an outlier for a casino game producer. There are plenty of software companies that build games both for land-based and online casinos, quite a few that produce terminals but not all that many that go as far as producing hardware, that is motherboards, for those gaming machines. Igrosoft is such a company.

The company is situated in Moscow, Russia, and has remained an unknown company beyond this area for most of its operating history since the company was established in 1999. It’s worth noting that that catalogue of games expands at a snail’s pace, averaging just one new game per year. Surprisingly enough, these online slots are becoming available in a wide number of online casinos, perhaps thanks to their unique composition.

A Word About the Games

You probably run into terms like a classic slot, fruit games or some such variation that implies the slots in question really take after the very first such games developed and published. These terms take on a bit of a new meaning when Igrosoft is concerned. The internet games, as they are called, are clearly ports from the terminal games, and those are stuck in the past in more than one way.

For example, the interface, although it works on all devices, is definitely directly moved from the button-based system that ruled the machine-sphere for aeons. The same can be said of the style, which is pretty much the basic five reels with three symbols each. Usually, you’ll have nine paylines, with the ability to choose how many of these are at play at any one time. All of this is hopelessly outdated. Now that would normally be a bad thing if it weren’t for the fact that this sort of retro-gaming isn’t really available anywhere else anymore. Nostalgia saves the day!

Overall, the graphical style isn’t too bad, but the music and audio effects could really be improved a tad bit.

Certified and Partnered Up 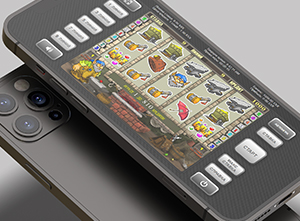 iTech Labs, one of the two major certification providers in the entire iGaming industry, has tested all the slots and the random number generator running them. And to no surprise, they have found that everything works properly, and the players are served with random results that follow the return to player figures and other maths as advertised.

What you might find quite surprising is that the main partners for Igosoft are EveryMatrix, Slotegrator and the Betsson Group. Should you not be familiar with these names, suffice to say that they are some of the biggest online casinos or white label providers. They have clearly deemed the games a suitable addition to their collection, and the reason why these relatively unknown titles are available in a variety of big and small online casinos.