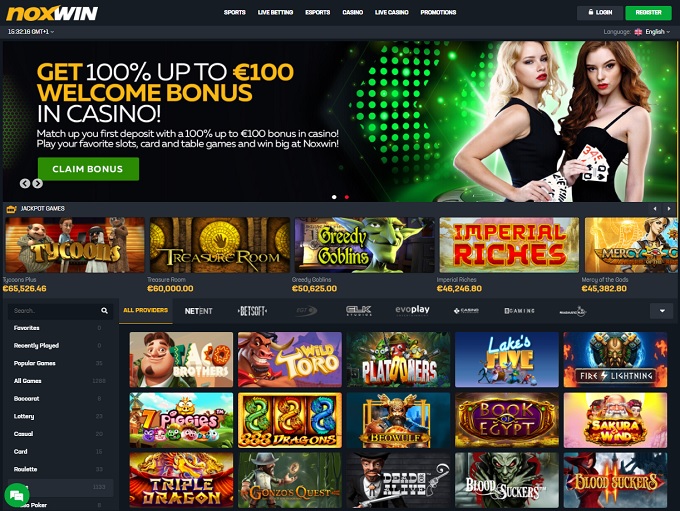 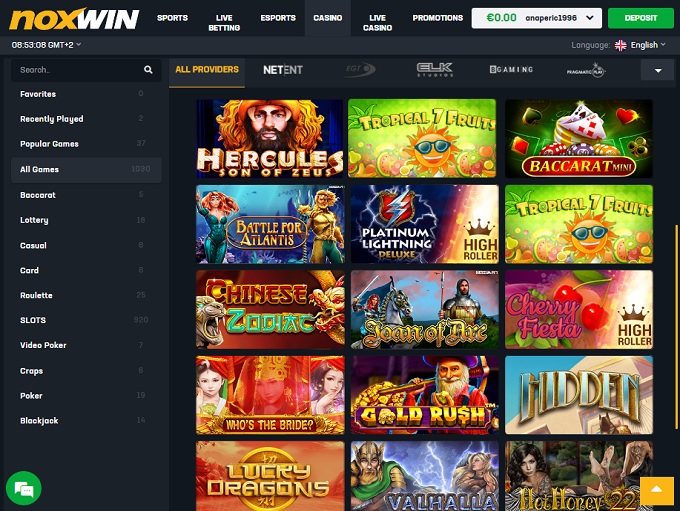 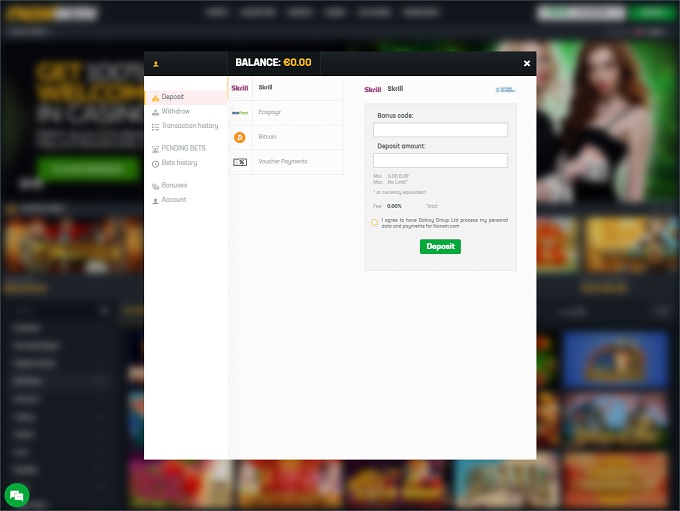 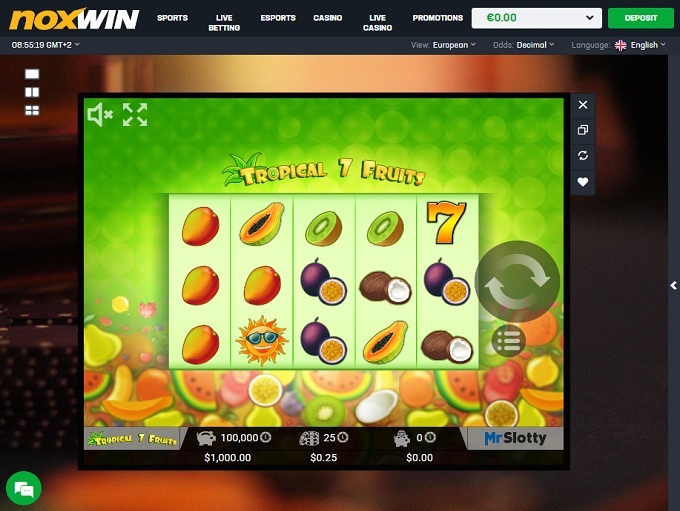 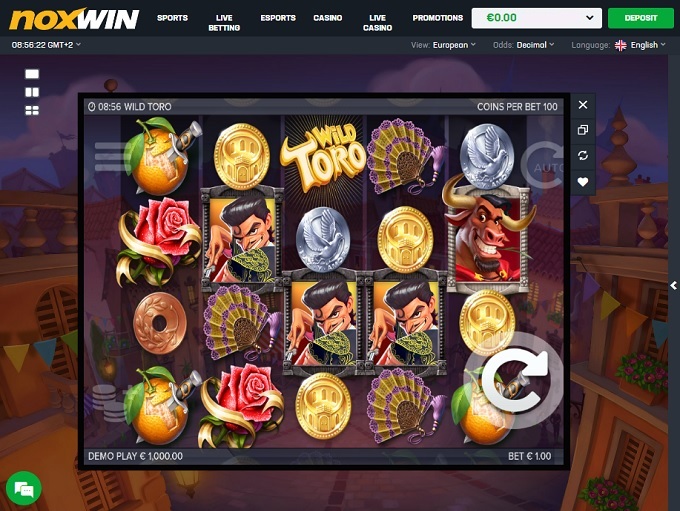 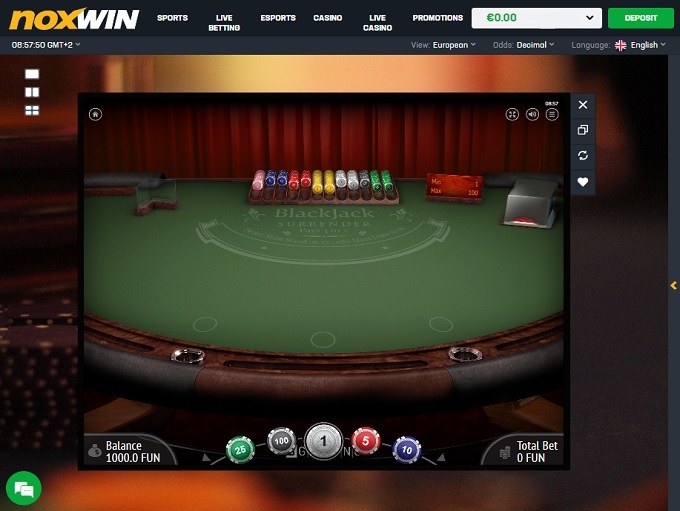 Noxwin Casino is a site that has been around for over a decade as they first started accepting players in 2007. They have a license from Curacao as well. Their reputation is not the greatest, and they have been involved in some player disputes that have received a fair amount of publicity in the industry. While most of that was much earlier in their history, it hangs over them like a black cloud even today.

EveryMatrix is the platform of choice at this casino, and it's a great one at that. It includes the entire selection of titles from Microgaming Quickfire, which itself includes hundreds of top games from Microgaming and several titles from a couple dozen other developers like NYX, Quickspin, OMI, Iron Dog Studio and plenty others. On top of that, you'll also get games from Rival Gaming, Net Entertainment and Evolution Gaming, specifically for their live dealer games. This creates an enormous selection of titles that's well into the thousands, so if you can't find what you're looking for here, then what you're looking for may very well not exist.

For players who plan on playing here, there are two ways to connect. Desktop players can use a no-download interface that runs from your Internet browser that allows you to play right away after you log on. This runs in Windows, but it also runs in any operating system with an updated browser, and that includes both Mac and Linux. Mobile players can play on both smartphones and tablets, and that includes devices that run iOS and Android along with other operating systems and phone types.

The offering of slots here is enormous. There's really no other way to put it. Well over 1,000 different slots from dozens of providers can be found here, and that includes several of the absolute best that the industry has to offer. You'll get big progressives like Mega Moolah by Microgaming and Mega Fortune by Net Entertainment, both of which have held the online world record at different points. You'll also get a range of 3D slots from different providers and the i-Slots line from Rival Gaming that puts you through a story that you can play through over and over again with different features and ways to win as things unfold.

The selection of non-slot games is really good too. The EveryMatrix platform has an extremely broad selection of genres, and that includes roulette, Baccarat, craps, casino poker, blackjack, video poker, scratch cards and other instant win games along with keno and some other titles. Adding to that is the live dealer table offering, which includes games like casino hold'em, blackjack, roulette and Baccarat that are played over high-definition video feeds. You can play just like you would at a land-based casino without having to worry about travel or parking, so you get the best parts of the live casino experience without any of the disadvantages.

The selection of banking methods that you can use at Noxwin Casino is pretty extensive. There are several dozen options, but the exact number you'll have depends on where you're playing from and which accounts you already have set up. Visa, MasterCard, Maestro, Delta, Laser, Neteller, Paysafecard, Skrill, EcoPayz, Diners Club, Solo, Switch, InstaDebit, iDEAL, Euteller, GiroPay and dozens of others can be used here.

An issue with this casino is that they have had situations in the past where players have had disputes over cash outs not being paid when they were supposed to. Players eventually received their funds after major delays, and these types of things happened early on in this casino's history, but it's worth pointing out so that you can make an informed decision about playing here or not.

The customer service team for this site is always available, 24/7, every single day. You won't have a telephone option to contact them, however, and that will turn off certain players. Most won't have an issue with it considering they have a live chat messenger service, and they also have an email option. We suggest always using the live chat service unless it's something that's not really urgent because the email option can take several hours for a response, as is standard in the industry.

There's a lot that this casino has to offer, but there are some red flags as well. They've previously had cash out problems here and there, and certain terms and conditions of their bonuses and promotions have been deemed unfair and predatory as well. While Noxwin Casino has a great game selection thanks to the EveryMatrix software, it would be completely reasonable to want to play with a different casino that has the same software. We have several highly rated and recommended casinos that have the same game selection, and players may feel more peace of mind at one of those.