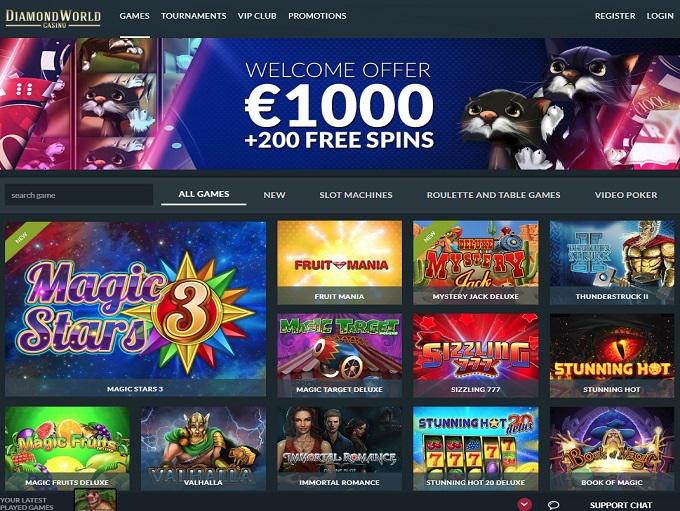 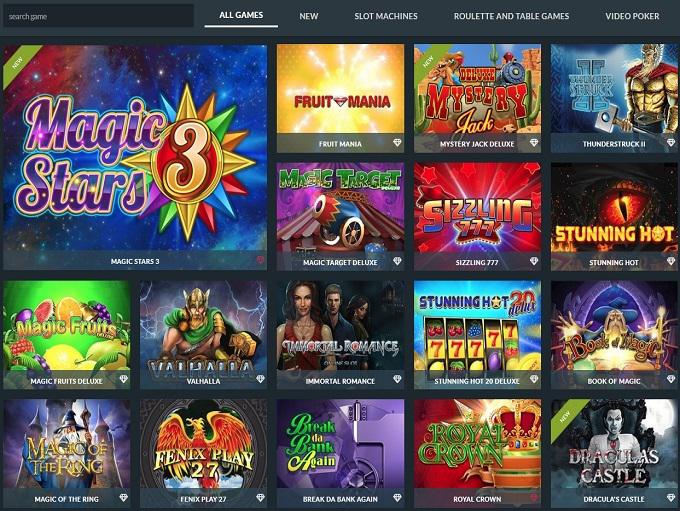 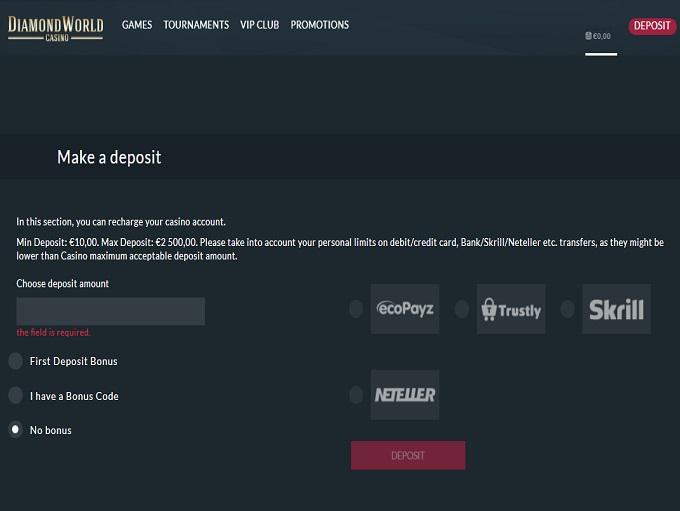 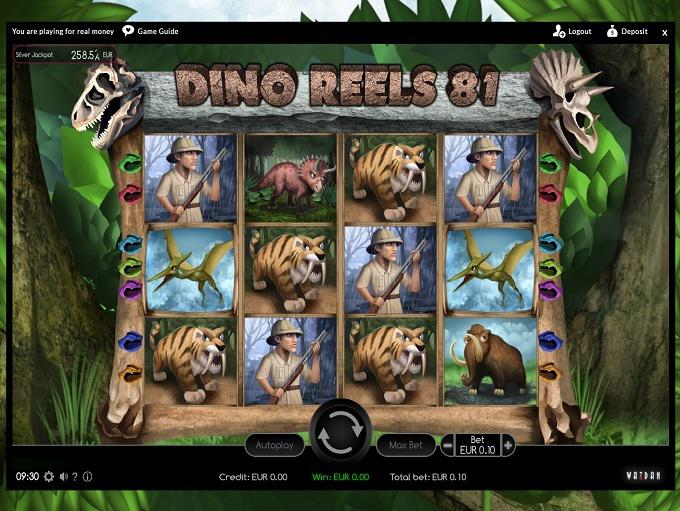 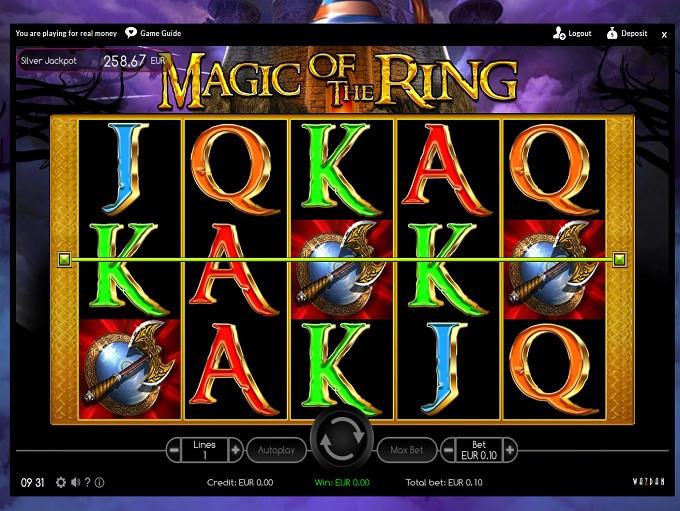 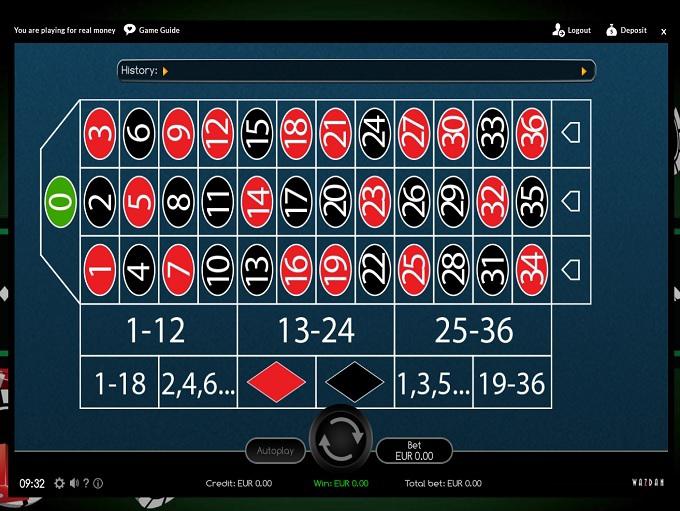 Diamond World Casino has been around since 2012, and inside of the few years they have been open, they've been able to establish a pretty consistent reputation. That reputation is good in some areas and less-than-spectacular in others. While they are consistent with cash outs and do not have any real cases of being untrustworthy with payouts or security, they are average in a number of other areas, which brings down the overall experience. They're licensed in Malta and operated by Fair Play Bets Limited.

This online casino uses the Wazdan software, and that's the core of the majority of their issues. This software package runs games in your browser using the Unity gaming platform plug-in. While Unity has been used as a platform to produce some extremely high-quality video games, its use is rather underwhelming here since the graphics in the lobby and games are sufficient but fall flat compared to the expectations you'd have from learning that they use this platform.

Not all is bad in the software arena, however. The software definitely has a polished look for being ran inside of a web browser, and they use a random number generator that's based on hardware instead of software, which adds an extra layer of legitimacy to their games.

Between 30 and 40 online slots are available to play, and a few of those are classic games that use three reels. Some of these games have atypical four-reel layouts, which is refreshing to a degree. They used to instruct you to install the Unity web plug-in before you can play however switched over to HTML5 games in December 2015. A handful of other games are available as well, and this includes six versions of video poker. There aren't many table games, however.

Something that stands out about these games is that they're almost all tied into one central, site-wide progressive jackpot. This adds the excitement of a progressive into most of their games.

This online casino has plenty of options for deposits and withdrawals. This selection includes major options like MasterCard, Visa, Neteller, Skrill, Paysafecard and others. While they have a consistent reputation for paying out within a short period of time, they only allow you to cash out twice each month. With that having been said, there's no maximum on the amount you can request in a withdrawal, so there are both pros and cons when it comes to their banking policies.

Support is in the average to slightly above-average level for the industry. You can contact them via telephone, email or live chat, but the live chat isn't available 24/7/365. The other options are, and Diamond World Casino has a reputation for getting back to their players within 12 hours on the email front.

In the online casino world, sometimes you run into situations where innovative ideas do not pan out the way you would like for them to. This seems to be the case with Diamond World Casino and their usage of the Wazdan software. The convenience of having an instant play-only casino is somewhat tainted by the fact that you have to install the proprietary Unity web plug-in and restart your browser. However, the gain in graphics and your overall experience from this inconvenience is nowhere near what the expectations will be for most players.

The end result is that, while Diamond World Casino does provide a solid overall experience with reliable support and withdrawals, the software itself will likely put a bad taste in the mouths of a lot of players.