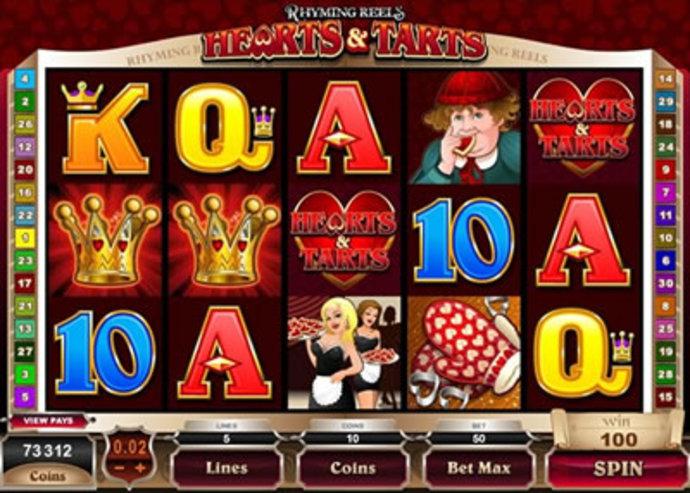 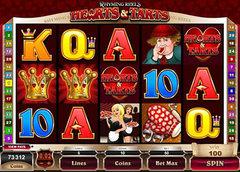 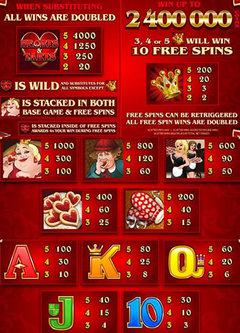 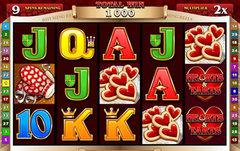 Wagering in Rhyming Reels Hearts & Tarts online slots lets you choose coins sizes ranging from 0.01 to 0.05 credits and from 1 to 10 coins per line. The Hearts and Tarts slot minimum wager is 0.30 credits and the maximum wager is 150.00 credits per game.

The merry Queen is the highest paying symbol in Hearts and Tarts, and she can appear stacked in both the base game and during free spins!

What nice about the symbol mixture during free spins in the Hearts and Tarts slot game, is the fact that you can get stacked Queens, doubling Wilds, and Double payouts on all of that!

Play Rhyming Reels Hearts & Tarts slot and find out how many coins the Queen could be holding in her bag during free spins!