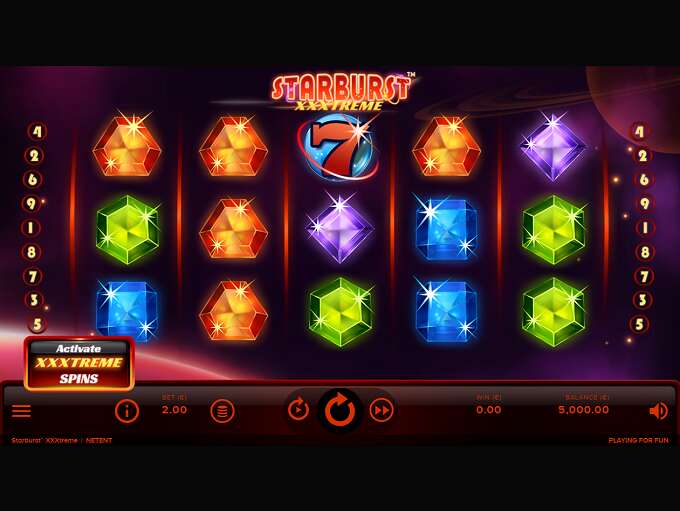 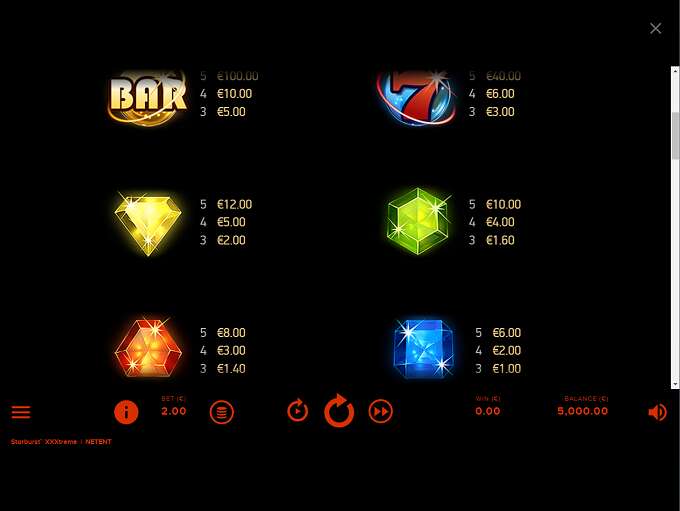 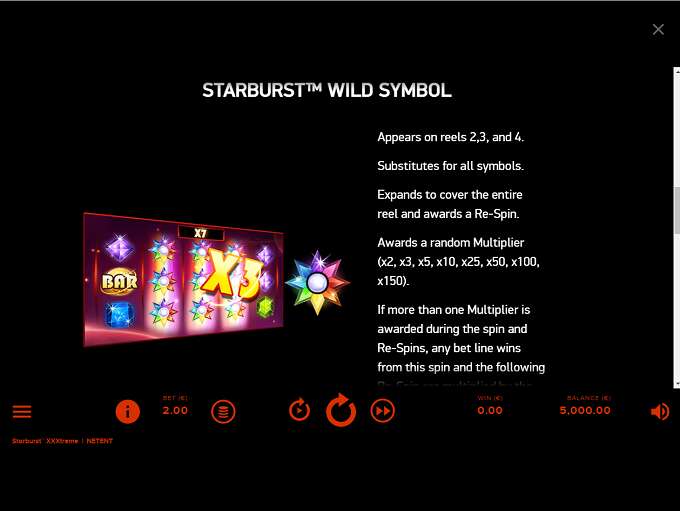 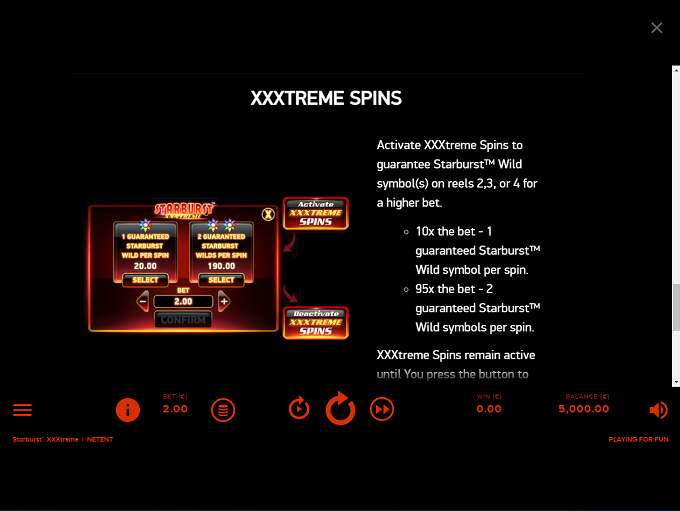 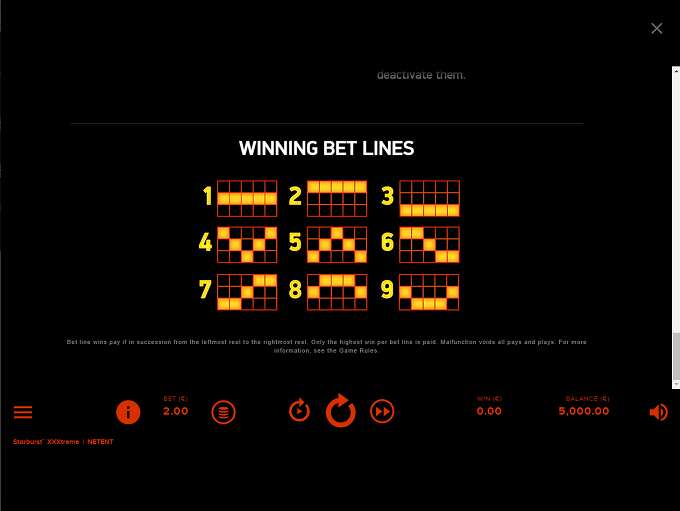 Have you ever wondered what secrets are waiting to be discovered in space?

With Starburst XXXtreme by Net Entertainment software provider you get to embark on an interstellar adventure and discover them for yourself!

This online title features a standard 5x3 board setup with 9 fixed paylines, a futuristic soundtrack and great graphics!

As you explore the space, you will also come across special features such as Starburst Wild Symbol, Random Wilds Feature and XXXTreme Spins!

Right from the start the soundtrack sets up a perfect atmosphere that goes well with your surroundings – space.

When you open up the pay table, you will get to take a better look at symbols that you will stumble upon while spinning the reels.

For the symbols that award payouts in low to mid-range, the provider decided to go with purple, blue, orange, green and yellow precious gems that can only be found in space.

The higher paying symbols appear on the reels in a more common form of 7s and bar symbols that are done in an interesting style which fits the space-theme perfectly!

Betting Options and Other Functions

The betting options that this online one-armed bandit comes equipped with are pretty good as well.

For players that enjoy exploring the reels with a safer approach and lower stake, the provider has set the minimum bet to only 0.10 credits, while high-rolling punters will have options that can get as high as 50 credits!

Payout potential is pretty good as well, as this high-volatility online game comes with a theoretical return to player of 96.26% and the highest win that awards a stunning amount of 200,000 times your stake!

All things considered, Starburst XXXTreme seems to be a worthy addition to Net Entertainment’s portfolio.

To start things off it comes with outstanding graphics and a remarkable soundtrack that sets up an incredible atmosphere, but it doesn’t disappoint when it comes to more important aspects such as payout potential and special features.

If you ever dreamed about visiting space, now you have a chance to do it!