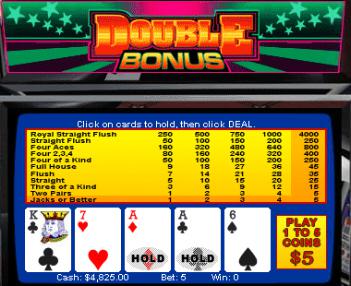 Double Bonus Poker is played like Jacks or Better but the payout structure is set to reward the higher ranking combinations a larger amount.

Of course, when you increase the payout on one end, the payout on the other end is lowered so you have a smaller payout for the lower ranking hands. 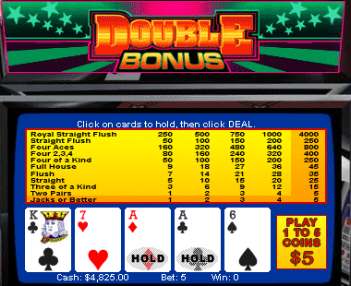