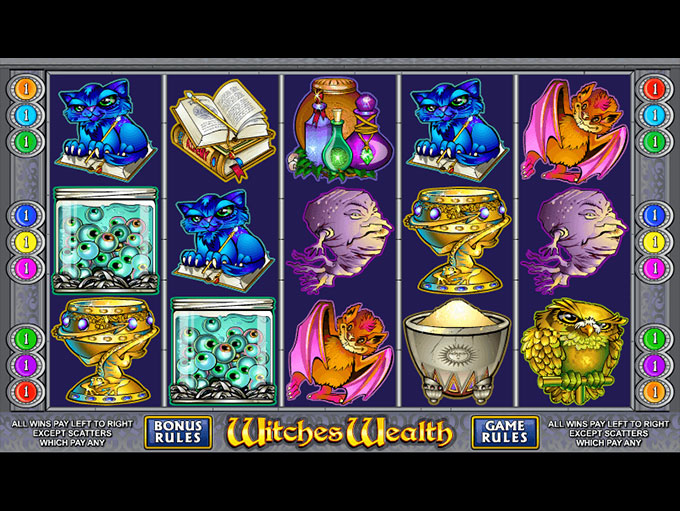 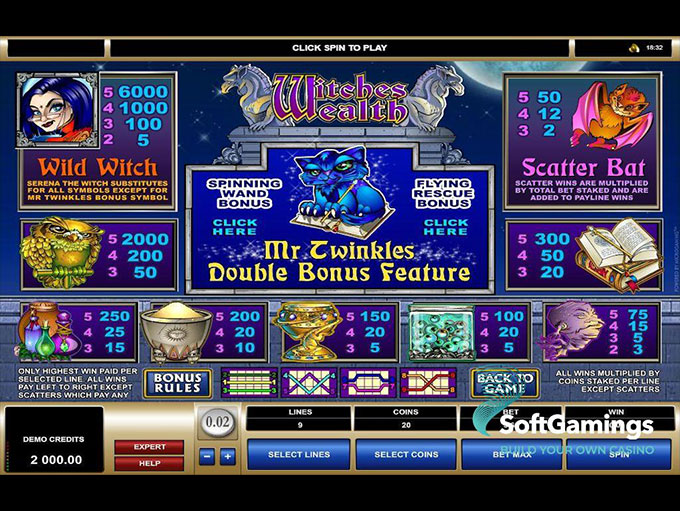 The scene: a full moon night on the town where the witch Serena and her cat Mr. Twinkles play, in Witches Wealth.

There are wilds, scatters, and a double bonus feature in this 5 reel 9 pay-line video slot game.

The wagering in Witches Wealth online slots is easy enough; with the adjustable coin sizes from 0.01 to 0.50 credits, select from 1 to 20 coins on 1 to 9 pay-lines.

The max bet is 90.00 credits per game, and all symbols pay from left to right except for the Bat scatters and wilds which may pay anywhere.

Mr. Twinkles the blue Cat is the Bonus symbol.

If Serena makes it to the other side of town and greets Mr. Twinkles, the prize award is doubled.

If Serena makes it back home with Mr. Twinkles, the prize award is Tripled!

If Serena is hit by a falling hazard; the bonus ends, and any prize amounts won will be awarded.