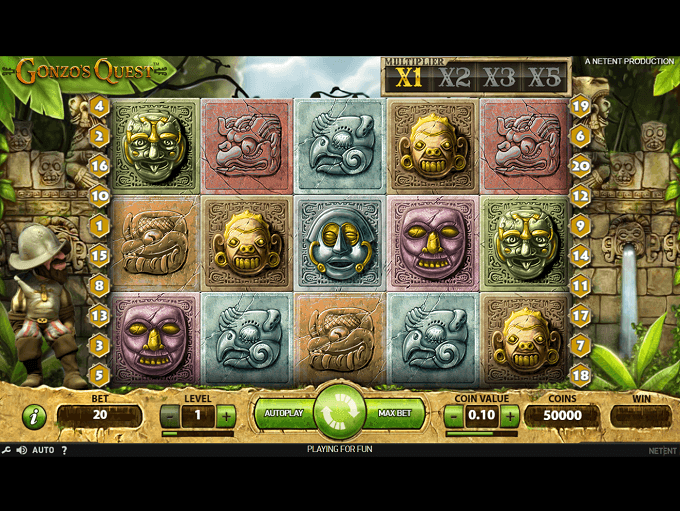 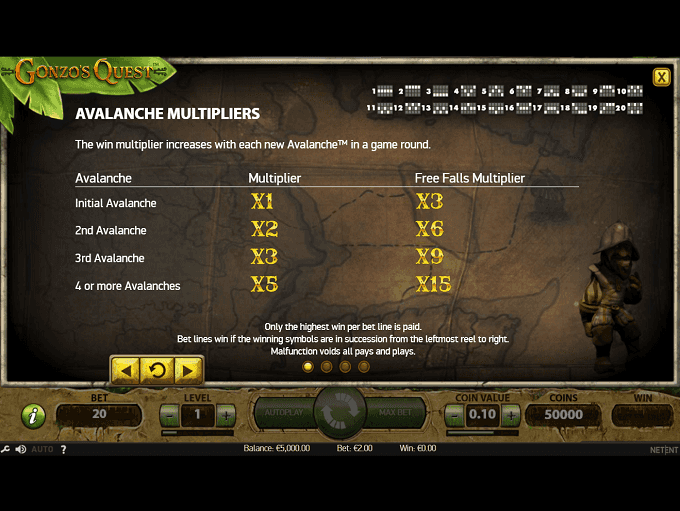 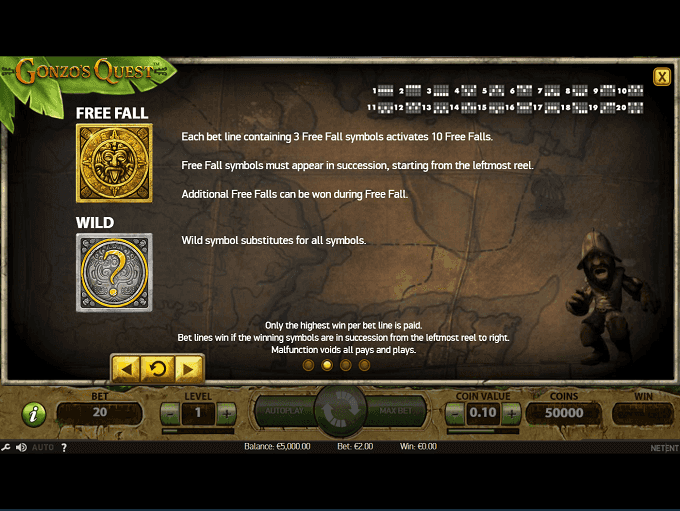 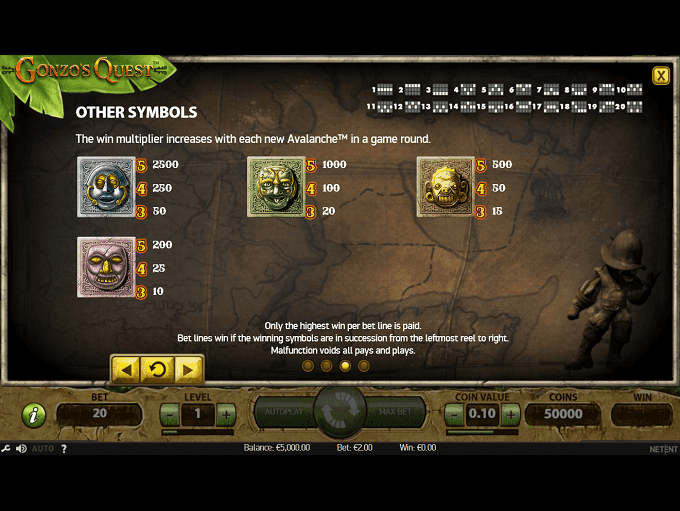 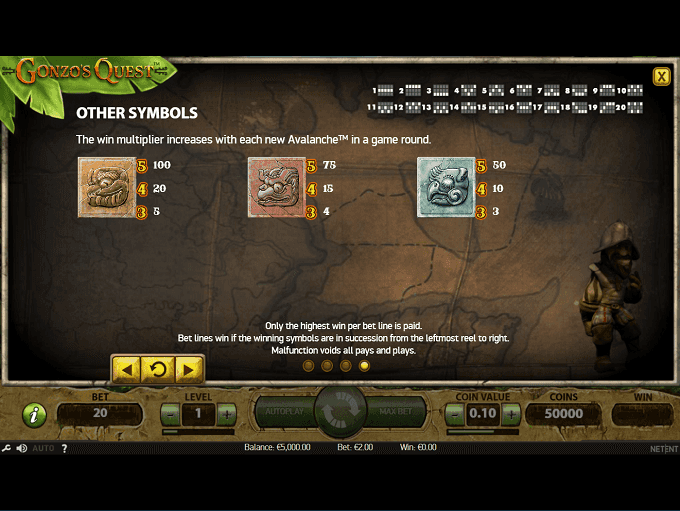 While I’m not particularly sure what Gonzo was looking for on his quest, one can assume from the game that it’s ugly idols, exploding blocks, and the occasional big payout.

There are a couple of terms you’ll need to know to familiarize yourself with Gonzo’s world:

If there is one thing Net Entertainment does well, and, let’s face it, they do so many things well, it’s keeping with a consistent theme in each of their games.

All symbols, including the feature scatter, play from left to right in Gonzo’s Quest slot game. A minimum of three symbols are necessary to award a win.

The Gonzo's Quest slots Avalanche feature works like this: Every time a winning payline lights up the reels (or blocks, rather), it will disappear from the screen and other symbols will fall down to take its place (kind of like Bejeweled):

During the Free Fall Feature; the Avalanche feature multipliers will increase even faster, starting at 3x and going up to 15x when four or more sequential avalanches occur.