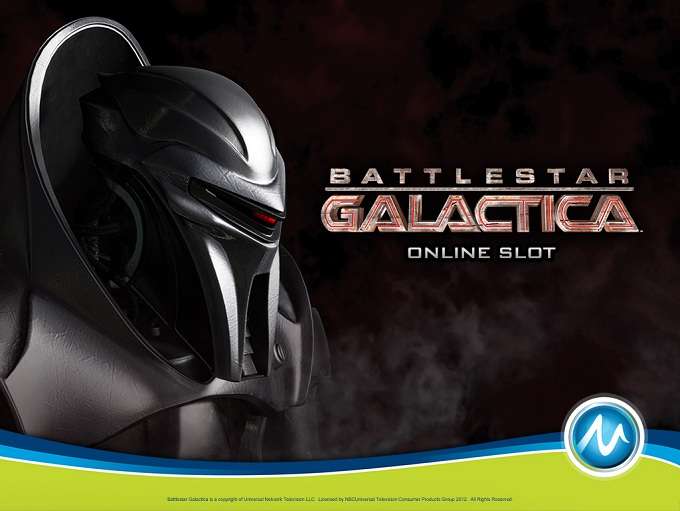 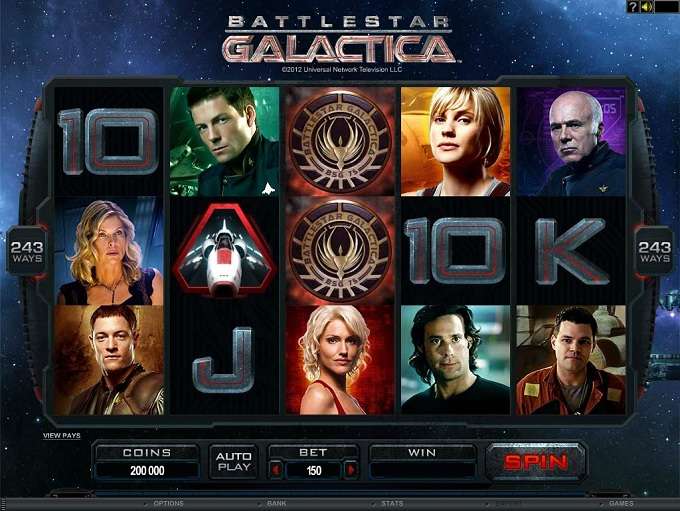 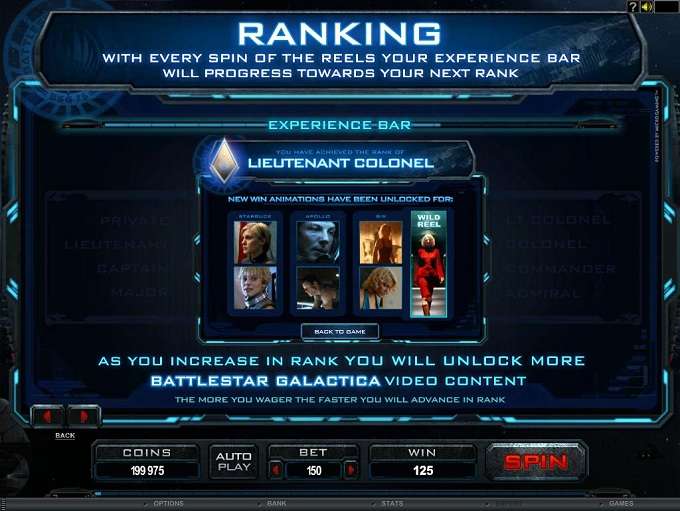 BattleStar Galactica slots have 5-reels and 243-ways to win with three game modes, free spins, wilds, scatters and a special Ion Storm feature that can turn all five reels wild!

The BattleStar Galactica™ slot game was brought to life by Microgaming online casinos during mid-December 2012, and the actual TV series were the inspiration of this slot game’s existence from Microgaming’s game makers.

BattleStar Galactica™ online slots wagering comes with bet adjustments ranging from $0.30 to $15.00 per game. Payouts from wins will begin from the leftmost reel to the right and according to the pay table.

While playing the BattleStar Galactica™ slot game you can earn experience and ranking (shown in the bar meter at the bottom), and the more you advance, the more video content will be released.

There are three game modes that randomly switch while playing, and they are; Normal mode, Fight mode and Run mode:

BattleStar Galactica™ slot Scatter symbol is the Colonial Viper spaceship fighter symbol, which helped during the TV series and will also help to trigger free spins in this game:

Will appear in two game modes, Normal game mode and Fight game mode; when three or more fighters appear anywhere on the reels: