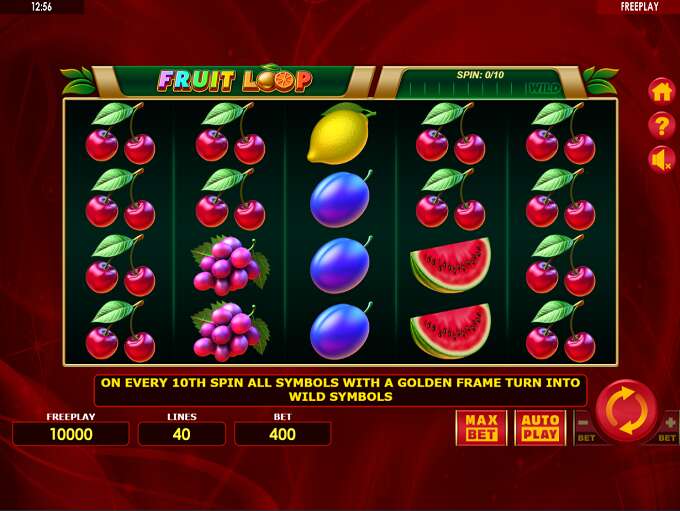 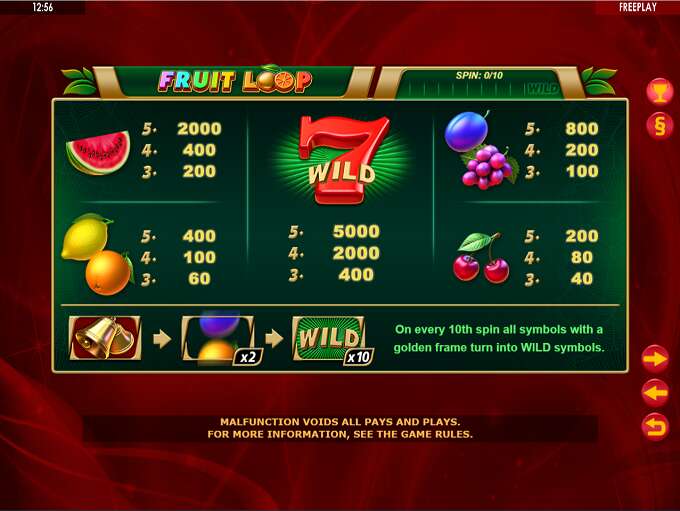 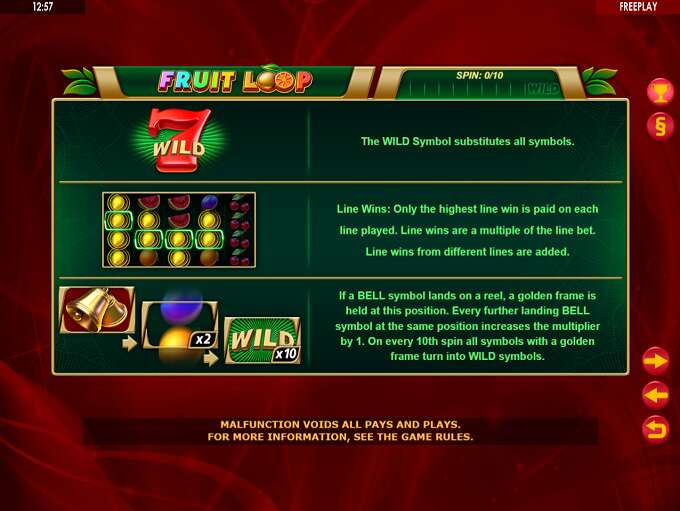 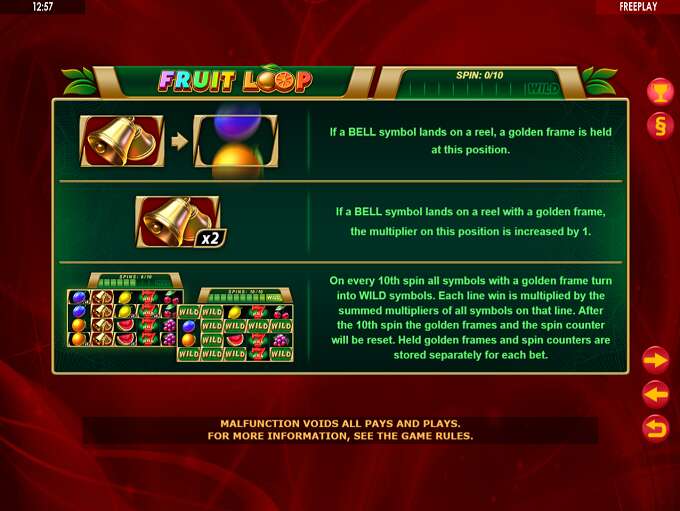 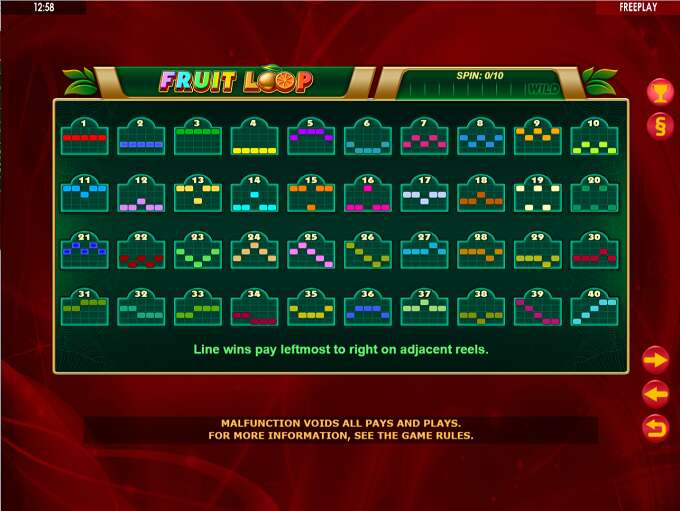 Do you consider yourself a kind of person that isn’t into flashy and fancy stuff, but rather enjoy keeping things simple?

If that’s the case, Fruit Loop by Amatic Industries casino software is an online one-armed bandit that might just be up to your liking!

Despite looking rather simple, it also comes with special features such as Wild Symbol and Cycle Feature!

Upon entering this online game you will find yourself welcomed by a rather simple red background with bubbles and glints on it.

If you decide to take a look at the pay table you will quickly come to a conclusion that the symbols that can be found on the reels feel rather familiar.

That’s because the provider decided to go with the well-known symbols – cherries, oranges, lemons and grapes for the low to mid paying symbols, while watermelons and lucky sevens represent the ones that award higher payouts.

Betting Options and Other Functions

The amount of the betting options that can be found within this online title are not too shabby either and should be enough to satisfy the needs of most players.

With the betting range that starts with the lowest bet of only 1 credit and goes all the way up to 100,000 credits, you should have no issues finding the right bet for you, whether you are a newer player or an experienced punter.

While the payouts in the base game are not too bad, look forward to triggering the special features as they can make them even higher!

Even though the special features that can be found in this online game are not too complex, they still do a great job of keeping things interesting.

First we have the lucky seven – a Wild Symbol that not only helps you form winning combinations with greater ease, but is the highest paying symbol that can be found on the reels at the same time.

The other feature that is available to you is the Cycle Feature.

Whenever a Bell Symbol lands anywhere on the reels, the position it lands on will be surrounded by a golden frame.

If you manage to land another Bell symbol on a position with a golden frame, it will also increase its multiplier by 1.

On every 10th spin that you take, all symbols that have a golden frame around them will turn into Wilds, while each win that contains a multiplier is multiplied by the value that can be found on that position!

All in all, Amatic Industries once again managed to do a decent job, this time around with Fruit Loop.

While it might not be for everyone, players who are looking to keep things rather simple and easy to understand might fancy it.

However, if you aren’t the biggest fan of the classic theme, take a look at other online releases by this company as they take on a plethora of different ones!