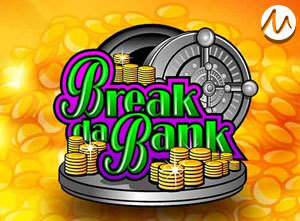 When we look at a small studio that opened its doors in 2019, the first thought might be that it doesn’t have much to show for, right? Well, that certainly isn’t the case with Gameburger Studios. With a catchy name, this provider already has some excellent gaming hits under its sleeve.

The team composed of industry specialists and technology experts are working hard to bring something new and original to the market with every release. Creativity and innovation are the focus of the brand, and that’s precisely the reasons why players love their games.

But what’s with the quirky name and logo?

Although highly unusual, the brand’s name has a lot of sense once you go to the provider’s official page. Kudos to content creators who managed to make quite a story behind it. And it goes something like this – a burger symbolizes one of the juiciest and most popular fast foods, beloved all over the world. Exactly what the developer wants its slots to be.

According to the brand...
...playing interesting titles should give the same satisfaction as eating tasty food. Also, a burger is as American as it can be, and so is the company’s origin.

The same philosophy and elements that lead to creating a sumptuous burger are what the developer is incorporating into its slot making process - big, brash, and bold. Hence, the hamburger with googly eyes as the studio’s logo.

So, shall we see what this provider has to offer? Stay with us and keep reading...

Gameburger Studios Has an Exclusive Deal With The Slots King

In a fiercely competitive market, pairing up with big companies is a great strategy for smaller brands to get exposure. At the same time, it is a testament to its quality since the best of the best doesn’t collaborate with just anyone.

One of the industry’s leaders doesn’t need any introduction – Microgaming. Proclaimed as slots king, this provider has one of the biggest bases of studios who are making games exclusively for its network. A long list, but certainly not the one that’s easy to get on.

And here’s lies the greatness of this studio. Just a short time from its inception, the brand caught the eye of the casino software giant with an admirable pedigree. Signing the deal with Microgaming was the jumping point that has launched this small studio into the big league.

What’s in it for the studio?

Microgaming is getting smaller, yet excellent, independent brands under its wind due to its busy release schedule. Sometimes, there is even a new game launched every week, so partnering up with other studios is a great way to maintain the speed of its production line.

On the other hand...
…the slots king has an excellent distribution network, so games by its partner studios are getting much bigger exposure and are placed in front of a huge audience right after their release. So, joining the providers such as Triple Edge and Neon Valley Studios was a real milestone for Gameburger.

Just to get one thing straight...
…this American studio isn’t a beginner in the gambling industry. Its team has a lot of experience in producing the gaming content for land-based casinos, but despite haven't managed to make a full breach in Europe, where the brand is relatedly unknown.

That all changed with the exclusive distribution deal with Microgaming. This put the studio on the iGaming map and made its quality known to all gambling community. But the fact that the slots king has given the studio the task to reimagine one of its most iconic and popular games in the entire portfolio speaks volumes about the potential of this burger-inspired brand.

As the brand that opened its doors in 2019, it has several slots to show for. But the most significant of all might be the revamped version of one of Microgaming's most popular slots – Break Da Bank Again.

This wasn’t the first time that the original Break Da Bank slot has been rereleased and reinvented. With such a successful game on its hands, there’s no wonder why the provider is trying to milk it as much as it can.

The honor to tweak the original classic fell on the shoulders of this studio, and that was a big bite to chew on. Still, the developer has managed excellently, by creating an even more exciting release.

Simply by honoring the gameplay that players love and adding a little extra. Using the “if it's isn’t broke, don’t change it” principle, the studio kept all the goodies from the original – multiplier wilds, colorful bank-themed symbols and extra spin feature. The volatility has been increased to an even higher level, alongside graphics.

But the provider did add one major thing – respin mechanism. The system allows players to take another spin on any reel (only one reel at a time) in exchange for a price calculated based on the current bet. Although this sounds like a minimum change, it’s actually a potentially very useful mechanism that enhances the gameplay and can prolong its duration.

Because it's done in HTML5 the game is fully optimized for mobile play on any portable device. Autoplay with advanced options, detailed paytable and explanation of the rules, Quickspin button, and lightning-fast game engine enables engaging and interrupted gameplay via any iOS or Android smartphone, tablet, laptop, or desktop computer.

Break Da Bank Again is the jewel of the studio’s portfolio, but certainly doesn’t stand alone.
Other releases by this provider include:

If you’re questioning should you be on the lookout for the new slots by this provider, the answer is sound YES. With the Microgaming behind its back, there’s no limit to what this studio can accomplish.

Gameburger Studios makes games that are fresh, interesting and never go out of style. Just like the food that inspired its brand. We can’t wait to see what the future brings for this developer with full potential for greatness.