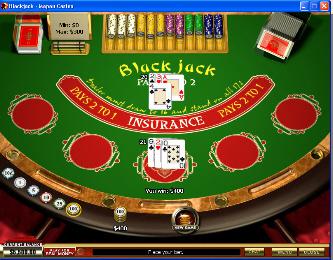 Six decks, four aces, one hand, and some of the biggest progressive payouts ever-that’s Playtech Progressive Blackjack for you. You’ll need four matching Aces to win the biggest prize, but you’ll have plenty of chances to win the smaller bonuses with an assortment of other Aces. Prizes start at $25!

Maximum bet in Playtech’s Progressive Blackjack is $1000 per hand, so you don’t need to be worried about it limiting your options. As long as you lay down the $5 minimum, you can play until the cows come home.

In order to have any winning bonus potential, you’ll need to place a $1 bet in the side bet wager circle with every hand.

The six-deck shoe making up the Progressive Blackjack game is shuffled after each hand. Playtech’s general Vegas-style rules apply in this Progressive game, as outlined on their main page.

The progressive jackpot, and any other bonus wins, are all determined by how many Aces you have in your hand. You’ll notice that you will need at least a pair of Aces right out of the gate to have a chance at the extra cash. Here is how the payouts break down:

Progressive bet aside, the game goes on as usual. There are still plenty of ways to beat the dealer and bring home the bacon.

Single-Hand Progressive Blackjack, as well as a Progressive multi-hand version, are  played at the following Playtech online casinos. 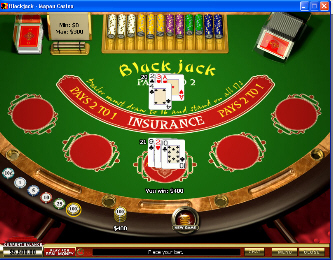