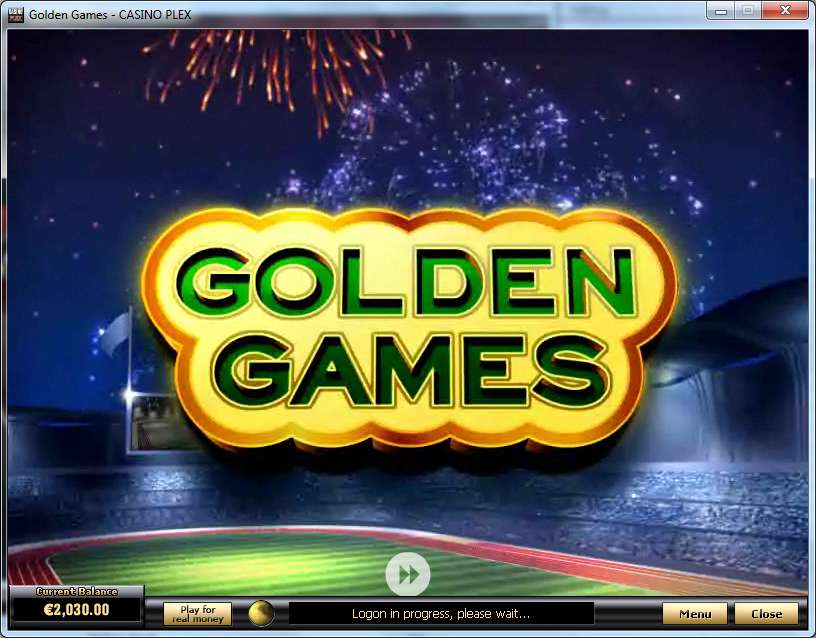 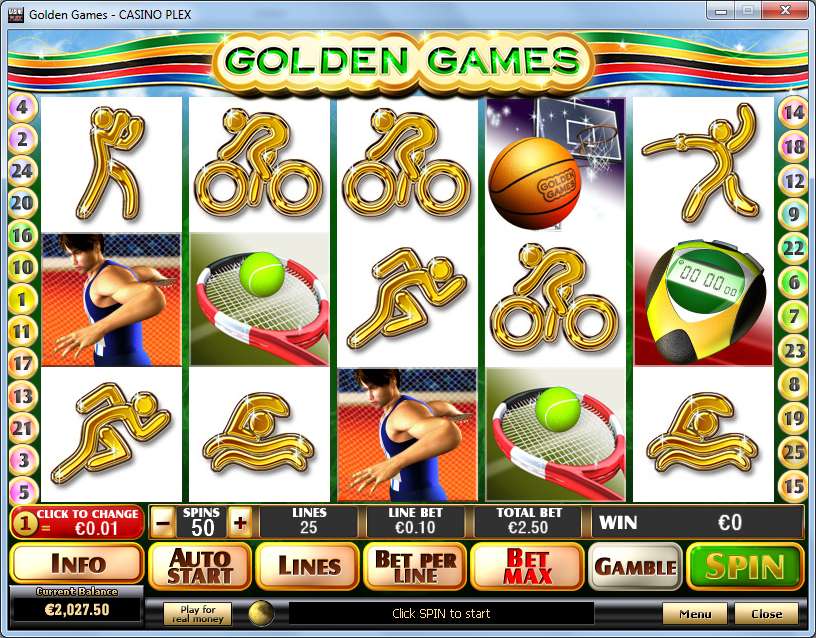 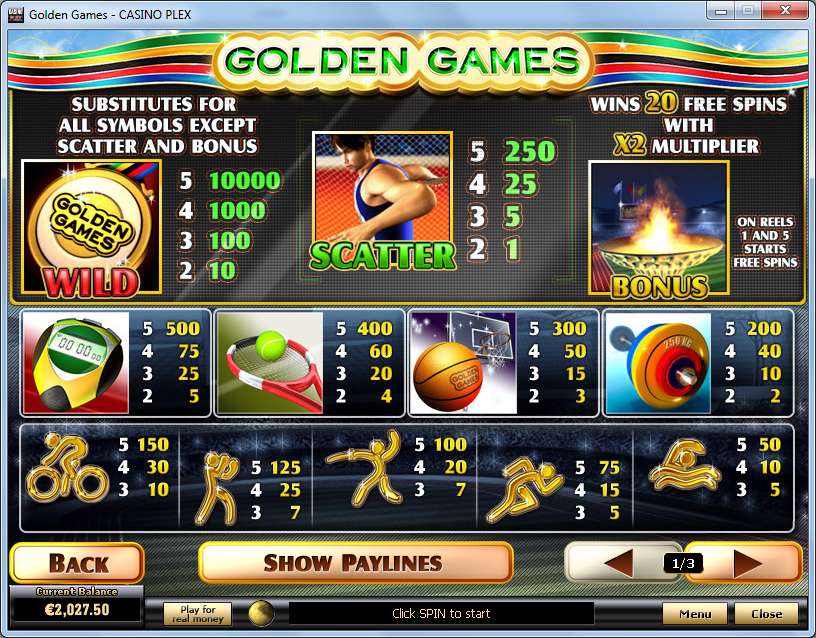 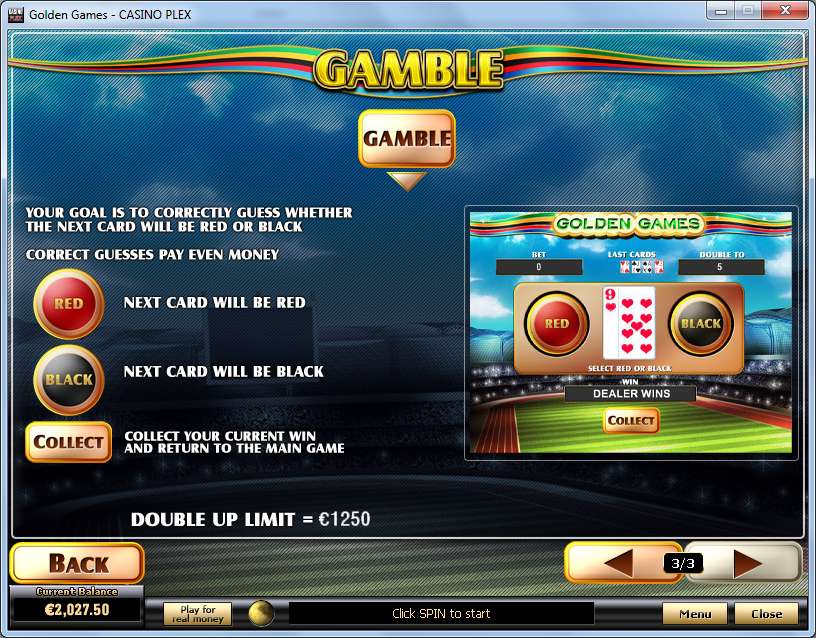 Golden Games slot has 5-reels, 25-lines, free spin bonus rounds, paying scatters, and wilds that can give a jackpot of 10000 coins when five land on a paid line.

If you're into the Olympic games and couldn't get enough on the television, then Golden Games online slots is right up your alley (although I didn't see bowling).

Golden Games video slot has a lot of golden figurine Olympic symbols that show the different types of sports in the Olympic Games. Like the cyclist, the boxer, the bobsledder and a couple others, with payouts ranging from 5 to 150 coins.

The Golden Games slot picture symbols are the highest paying, which include the athlete, the golden games icon, a stop watch, and three others, which have payout ranging from 2 coins up to 10,000 for the wild and the scatter will give payouts as times-the-bet amount.

It only takes two of the picture symbols on a pay-line to receive a payout.

The Golden Games online slots wagering has options for coin amounts (1-10) and ranged coin sizes from 0.01 credits up to 5.00 credits per line.

So, you can make a bet of 0.25 credits while playing all twenty-five lines as the minimum bet, or choose the maximum golden bet of 1250.00 credits per game.

All the Golden Games video slot symbols will make their Olympic play from left to right, and payouts work the same, except for athlete Scatter and fire Bonus symbols.

If you're a real gambler, try the Golden Games gamble feature where you can try to get an extra one-half or even doubling your wins.

The Golden Games slot Free Spins Bonus will trigger when the fire Bonus symbol appears anywhere on reels 1 and 5 at the same time: