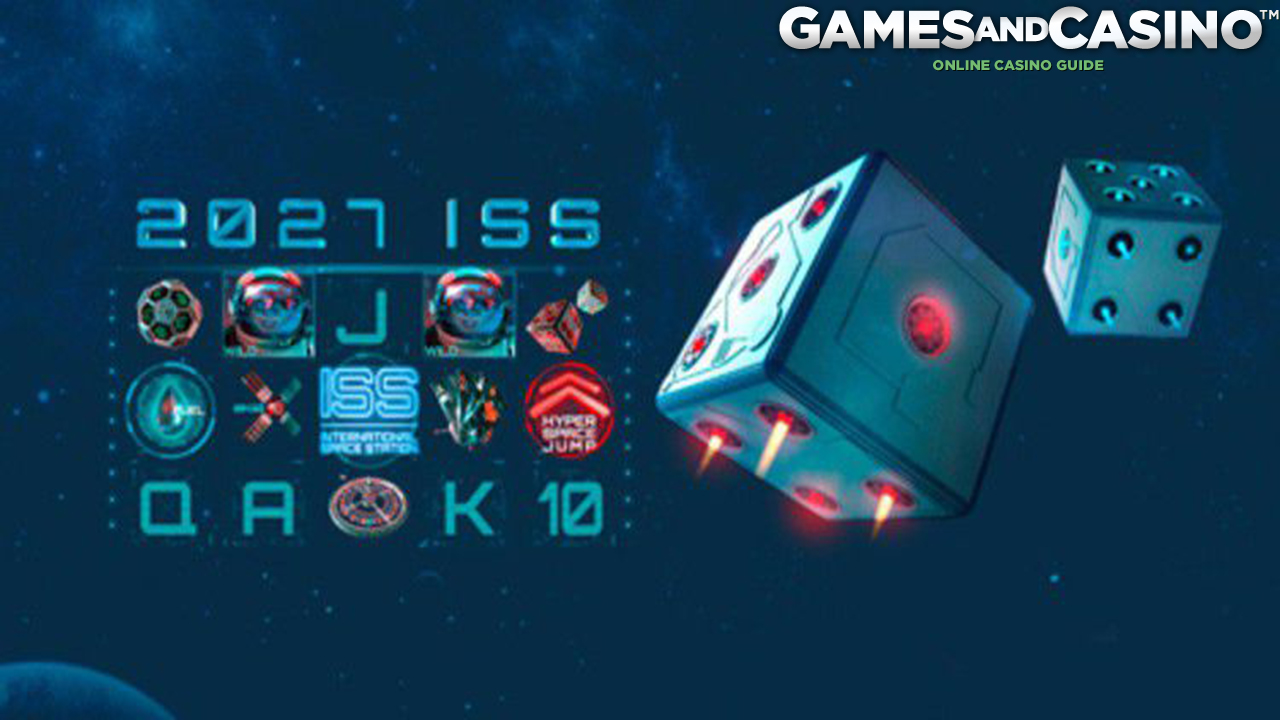 Endorphina's 2027 ISS slot brings you to the surface of the moon with outer space in the backdrop behind see-through reels that give you a view into the final frontier for human life. This game has smooth animation, top-tier graphics and a soundtrack that's also very solid. If you're a fan of video slots in general, then this is a game you'll definitely get a lot of mileage out of.

Players will see first and foremost that this game has five reels with three rows of symbols. The reels themselves are transparent for the visual effect, but all of the vertical columns are tied together in typical reel fashion. You'll have nine paylines that are locked in, and you can bet up to 10 coins on each payline with a variety of coin sizes to choose from. You only have to spend a minimum of $0.09 per spin to take part in this game, so it's clearly accessible to players at all levels of stakes.

One of the most important symbols in the game is the ISS symbol. Two or more will give you a payout with five of a kind paying 4,500x, the second-largest win available in the entire game. Three or more of the scatter give you a bonus feature in the form of what they call unlimited free spins. They aren't unlimited in the absolute sense, but they do give you value in a way that we haven't seen very often in slots in general.

During the free spins, players will have a counter of five fuel cells beside of the reels. Each time you spin, you take a fuel cell off of the counter. You can add a fuel cell and win an instant prize worth twice your triggering bet size for any fuel symbol on the reels, and you get the same for the hyper space jump symbols. This goes on indefinitely until you run out of fuel cell symbols. It's also worth noting that all of your wins are given a 3x multiplier in this feature.

The lady astronaut is the wild symbol, and she substitutes for everything but the ISS scatter. Five of a kind pays a whooping 9,000x top jackpot, but four of a kind still gives you an impressive 2,500x win. Three gets 250x, and two will still pay out 10x. This is one of a few symbols in the game to pay for two of a kind or more. It's worth noting that this is a 2x wild multiplier as well, so any winning combination that uses at least one of this symbol will be doubled.

Endorphina has made the scattered ISS symbol and the wild the top-tier symbols in this game. For the mid-level symbols, you'll have the roulette wheel and symbol with different types of money on it that each pay 750x for five of a kind. They also pay for just two of a kind. Five of the dice pay 400x, and five of the cards or bingo satellite pay 250x.

The card rank symbols are there for the bottom end of the pay table. You can earn a 125x win for five of a kind of the A or K. You can make that 100x for five of the Q, J or 10 symbols. The 9 symbol also pays a solid 100x for five of a kind, but it also pays for as low as two of a kind. These symbols are stylized in a way that fits the theme perfectly, and you can tell that they didn't just throw the graphics together on any level in this game. That really makes the gameplay feel smoother and more aesthetically pleasing as a whole.

2027 ISS is a video slot that has a high volatility. There are several sizable, four-figure payouts available, and when you include the 3x multiplier from the free spins, the largest pay available is 27,000x, which is pretty incredible. This game has great graphics and gameplay, and while the space theme and background can make things seem a little empty at times, this is definitely a top-tier slot overall. We recommend this game for players who like chances to win some pretty big payouts, but be warned that it does have a high-volatility, and you will probably want to play with smaller bet sizes until you get used to the swings that come with this style of play.