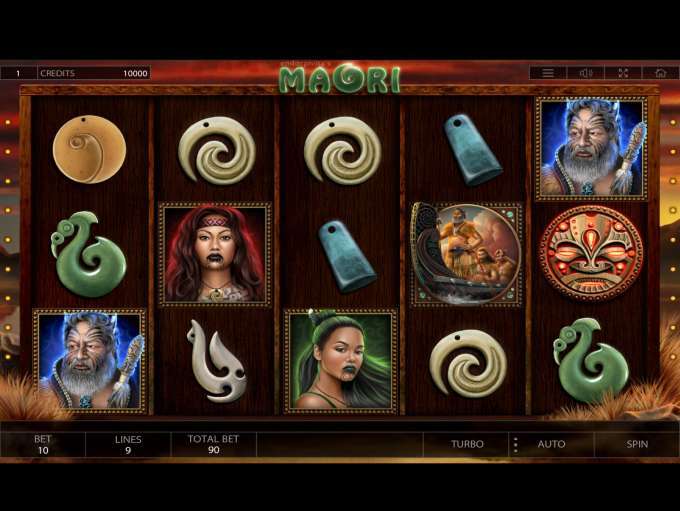 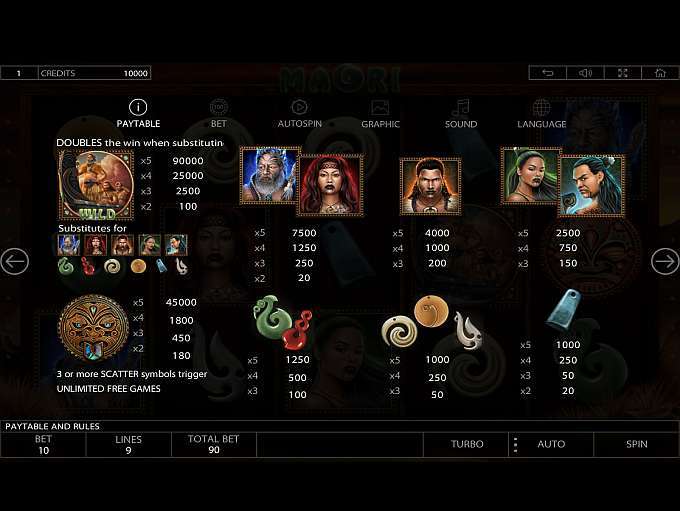 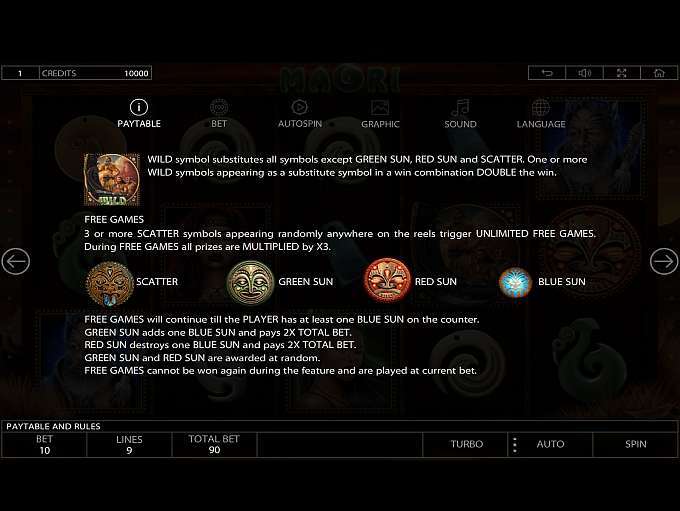 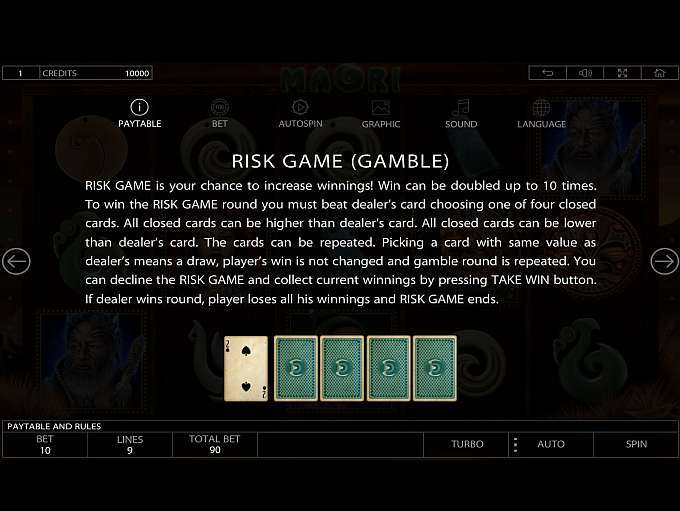 There are many different groups of native people in the Pacific islands, and Maori is based on one particular group in New Zealand. You'll find that the graphics in this game are outstanding to stay the least, and everything from the background to the custom characters on the reels have been put together with a great deal of care. The slot has some very strong gameplay elements as well, and you'll find that it has a fairly high volatility too. As a result, you'll probably prefer to play with a lower bet size than what you typically use until you see how the swings are going in your sessions.

We became fairly interested by what Endorphina was aiming to do with this game when we found out about the older style of format that it uses. There are five reels of symbols with three rows and a total of nine paylines, all of which pay left-to-right only. This is an older style, and you'll rarely see a game with modern production values use it. Betting is based on having up to 10 coins on each payline. Even though you can play with fewer than the maximum of nine paylines if you really want to, we don't recommend it since it lowers your RTP.

The symbol of the different characters on the boat is the wild, and you'll find it on all five reels. This wild symbol is very important for two reasons. First off, it helps you to get extra wins that you would have otherwise missed out on. Second, it gives a 2x multiplier to the value of any payout that you get with at least one wild symbol in it. The top wild payout is also the top jackpot in the game with a 9,000x win up for grabs. Four of a kind scores 2,500x, which is larger than the top jackpot in any games. You can win with two or three of a kind of this wild symbol, which boosts your chances of hitting smal wins, which in turn helps to keep the volatility from getting too far out of control.

There is a blue sun symbol that acts as the scatter in this game. It looks like a golden face with blue eyes, a blue outline and a blue tongue sticking out. Five of a kind gets you a very solid 4,500x payout, but you'll get paid for two or more anywhere on the screen, even if they don't line up on a payline and even if they aren't arranged left-to-right.

Three or more of this symbol triggers the bonus feature. You start with three blue suns shown at the top of the reels, and the free spins begin. They keep going indefinitely until you run out of blue suns. You lose blue suns whenever red suns appear on the reels, but you gain them back whenever you get green suns. This means you're likely to get several free spins, which all give you a 3x multiplier on your payouts. This is definitely a value-packed feature.

Aside from the scatter and wild symbols, there are a few other notable wins. The blue man or red woman pay 750x for five, and you can earn 400x for five or the orange man The light blue man and green woman pay 250x each for five of a kind. There are green and red symbols that will give you 125x, and the four remaining symbols pay 100x whenever you pick up five of a kind on an activated payline. This is definitely a top-heavy pay schedule.

Aside from the outstanding graphics, what really catches our attention with this game is the simple fact that the free spins feature has the potential to give you so much value. It's handled in a very atypical way that holds a lot of value, and that's the sort of thing that Endorphina shoud definitely get attention for. We recommend that players check this game out because it will be a good choice for a very wide range of people who like online slots.

Game is no longer available.