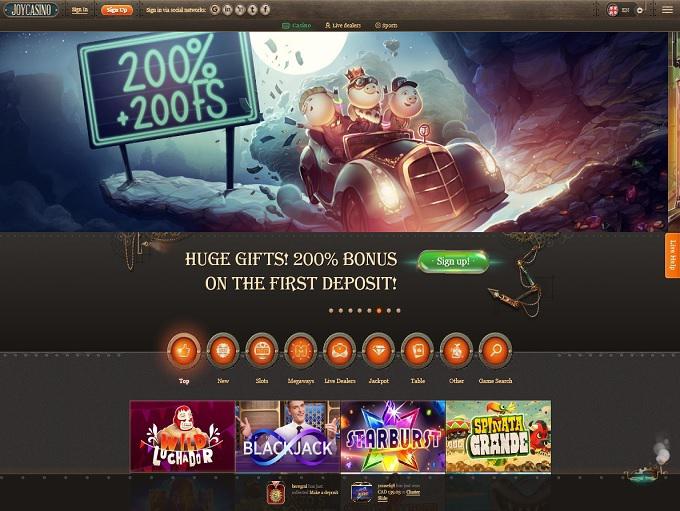 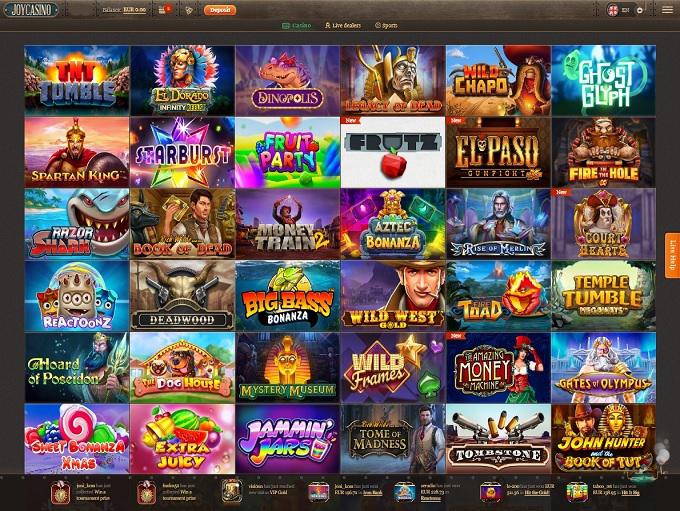 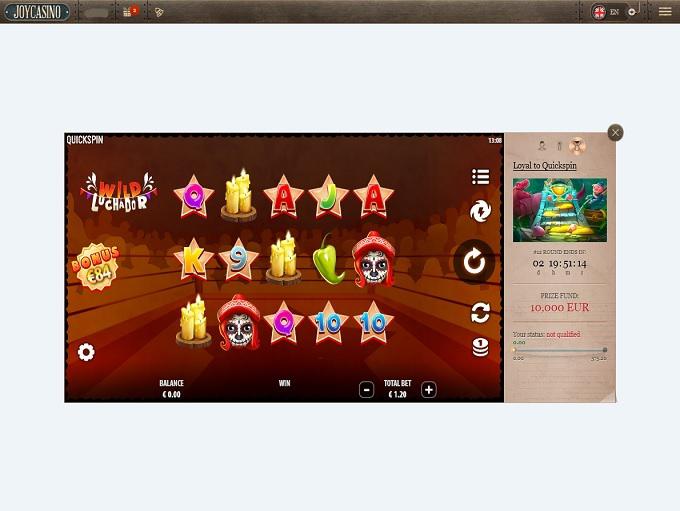 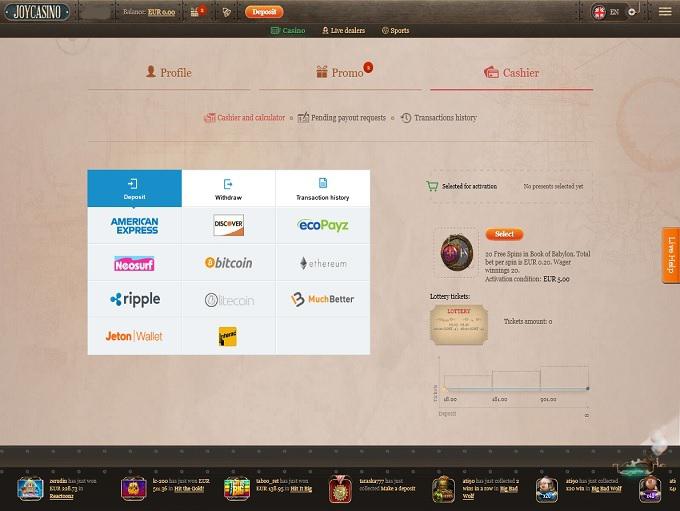 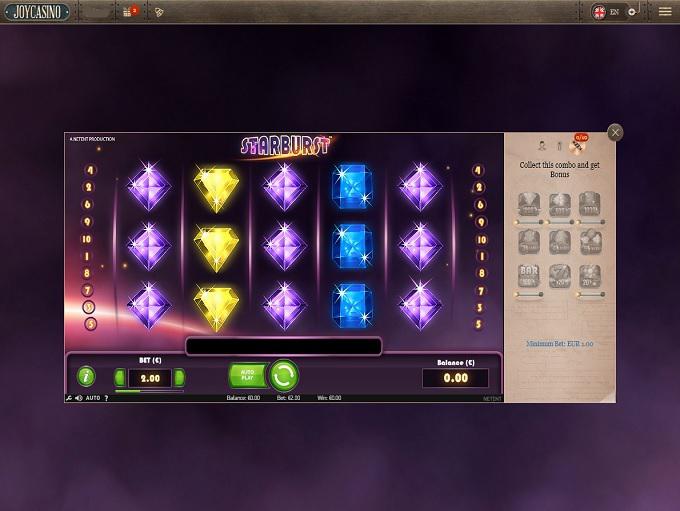 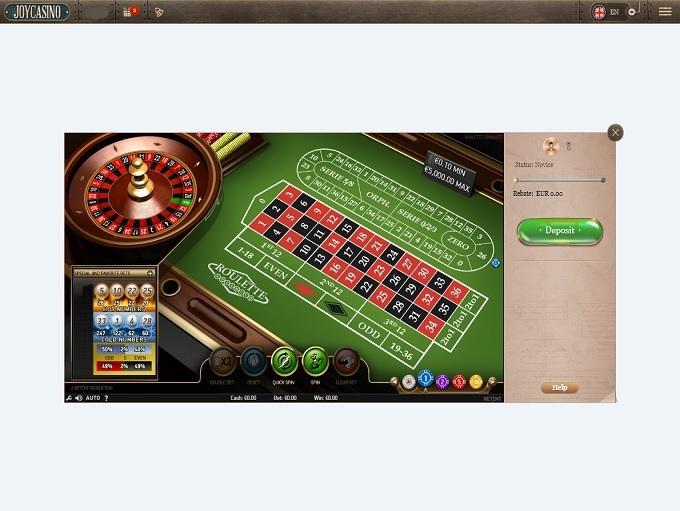 Joy Casino is a site that focuses primarily on the Russian market, but they're available for players from a lot of different countries. They've had their doors open to players since 2014, and they have a license from Curacao. That's not saying much, but it's worth pointing out. This site has a reputation for giving players different types of problems when it comes to withdrawals as well, and we'll detail those issues down below.

The full portfolio from Net Entertainment is available here as well as the Microgaming Quickfire platform. This platform is known for giving players a ton of games from several providers like Play'n Go, Thunderkick, Endorphina, IGT and dozens of others. With such a large selection of titles from top developers, players get an environment where they don't need to bounce around to different sites. However, that's becoming more of the norm in the industry as a whole, so it's not quite enough to overcome the other issues that they have shown to have.

With that having been said, they do make it easy to get set up and connected. This is largely because their platform is so flexible. Desktop players can connect from Windows PCs as well as computers that use Mac or Linux. Likewise, the selection of available mobile devices includes both smartphones and tablets, and it also includes all major operating systems and phone types like iOS, Android, Blackberry, Windows Mobile and more. The flexibility here and the ability to take your play with you on the go almost completely independent of your device is a pretty nice thing to have.

The selection of slots is great, and there's no doubting that whatsoever. There are several hundred options, and a big part of that comes from the simple fact that there are so many companies that have contributed content here. Along these lines, you'll get games in plenty of different visual styles, but the overall feel is that the games are of a particularly high quality. Several of the top names in the world have added their best slots here, and that includes both three-reel and five-reel games in addition to a wide array of progressives and titles with atypical formats.

If you're a table game fan, then you aren't being left behind here. They have depth and breadth in the form of several card-based table games, several styles of blackjack and a couple of dozen types of video poker. Things are rounded out by the usual lineup of roulette, Baccarat and craps. However, other titles are also available like scratch card games, keno and instant win titles. The selection here is pretty diverse, but it also shows depth where it's needed, and you'll have plenty to pick from if you prefer non-slot titles.

The selection of banking options is a little skewed towards Russian access, but they still have all of the other top options. This includes MasterCard, Visa, Neteller, Skrill, bitcoin, EcoPayz, Yandex and bank transfers. However, it also covers a dozen or more options that are a bit more regional considering the target audience.

One big problem with this casino, and the reason why we don't recommend players jump in with two feet, is that they've had a wide range of customer complaints concerning shady withdrawal practices. This includes everything from outright not paying withdrawals and simply returning the money back to the player's balance. However, it also includes things like keeping the money in the player's balance even after the withdrawal was requested and automatically canceling the cash out request if the player wagers with that money. This is obviously a culture of behavior that we can't cosign.

Players can use email or live chat to contact the customer service team. They do not have a great reputation for strong customer service. It's worth pointing out that there is no telephone option, which is probably sub-optimal, but it's also not unheard of or that big of a deal in and of itself for the vast majority of players.

Joy Casino is a site that we suggest players avoid. Their varied problems and reports from a range of players over a relatively long period of time just makes them not worth the risk when there are plenty of other sites we've reviewed with the same software that have good reputations. The Curacao license doesn't really help the situation much either since it's one of the weaker jurisdictions when it comes to any type of accountability, and it's hard for a site in general to have any seriously redeeming features when you don't know if you'll even be able to receive a cash out.

If you like everything else that this site has to offer, then we strongly recommend you check out our other reviews of casinos that use games from Net Entertainment and Microgaming to find a safer option with all the pros and none of the cons.