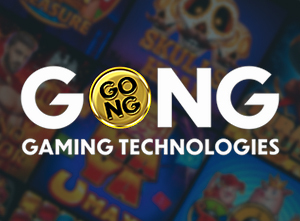 At the beginning of 2020, the founders of this up-and-coming developer of online slots were still looking for a talented game mathematician and designer to join their new-minted team, but just a year later, GONG Gaming could already brag of a pretty large portfolio of games. What’s more, their work drew the attention of the industry’s giant from the Isle of Man who in April 2021 announced an exclusive supply deal with the new kid on the block. The agreement was preceded by fruitful collaboration on two GONG’s games that were warmly welcomed by the gambling community - Skulls Heap and Pirate’s Quest.

Get noticed by Microgaming is the dream of many fledging slot makers, however, only a few of them get a chance to see their masterpieces distributed via the leading online gaming platform that belongs to the “father” of virtual one-armed bandits. So, what is the secret formula for creating a top-notch adventure worth spinning? Let’s see what has worked for Gong. 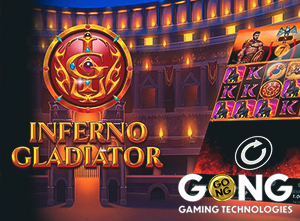 People from GONG Gaming claim they have developed the genius genome to make the building of state-of-the-art games easier and faster. However, a quick glance at the set of genes present in the unique genome is enough to understand that the main element of the plot is rewarding gameplay, enhanced with wilds, scatters, free spins, and other exciting extra features.

The striking choice of themes and truly engaging stories wrapped up with strong artwork do add to that sought-after combination, which is so popular among punters of different styles and preferences. Entertainment’s taken on a new dimension thanks to a high-quality frame filled up with prizes – give a spin to Inferno Gladiator jam-packed with sticky wilds and free rounds, and you’ll see why Microgaming was quick to partner with

It's safe to say that the free spin feature boosted by impressive multipliers is GONG’s house specialty. One of the best things about this add-on is that in the majority of cases, treats on the house can be re-triggered infinitely, like, for example, in visually stunning Skulls Heap and swashbuckling Pirate’s Quest. The brand also tries to spice up its stories with interesting twists and turns that come in the form of wheel bonuses like in Queen of Treasure or a progressive map that makes Pirate’s Quest so amazing.

While some software providers often just change the theme but use the same reel layout and mechanics to produce the series of almost identical online slots, people from GONG Gaming don’t want to follow this boring pattern. They like experimenting with differently structured playfields, as well as with the systems that create winning combinations. In their portfolio, you’ll find both a standard 5x3 grid with conventional 25 pay lines and a ground-breaking 6x4 layout able to generate 4,096 ways to win.

In their own words, their “innovate creative mathematical logic, dress it up in top-notch art” and, then just “wrap it with well-optimized sophisticated gaming technology”. The aim is to deliver sensational premium entertainment products able to win millions of hearts across the globe. Well, this software developer is on a steady path towards this lofty goal.