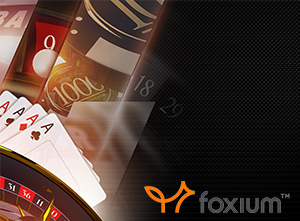 The name Foxium obviously makes you think about a fox, and that's their logo. They have been in operation since 2015, and in that time, they've built up one tremendous reputation. This company is based out of Tallinn, Estonia, and they focus primarily on quality over quantity. In fact, the extremely high quality of their games has gotten them put in front of tons of players despite not having been around as long as a lot of the competition.

This company focuses exclusively on slots. They don't produce anything else. They have a small selection, and that's because they aren't focused on trying to produce a full casino product. Instead, their business strategy is about getting a limited number of particularly high-quality games in front of players through various distribution agreements. This includes deals with major platforms like Microgaming Quickfire and individualized deals with high-end online casinos as well. This strategy has worked out extremely well for them, and it's put them in a position where their games are already in several dozen of the most popular casino sites running in the industry overall.

As we've mentioned above, this company's focus in on quality. In fact, they care so little about the quantity that they had fewer than a half-dozen games in their entire portfolio after they had already been open for a couple of years. The reason for this is very simple: The number of games you have doesn't matter anymore in the casino software world. Instead, it's all about how good those games are and how much you can leverage that to get deals so that those titles make their way in front of lots of players.

Another important part of their overall business strategy is that they make all of their titles in HTML5. This is so critical for a few reasons. First, it puts them ahead of any competition that's still using Flash at this stage in the game. Second, it makes sure that whenever they make a new deal with a software provider or online casino that their games can be integrated quickly and easily. Third, it puts them in a position where all of their games are mobile-friendly and can be incorporated into play on any type of modern smartphone or tablet on virtually any operating system.

Foxium is a name that we expect to continue to grow over time because of the extremely high quality of the games that they put out. They do focus on a particularly narrow niche in terms of not spreading out and developing any other types of games than video slots, but that's fine because it's what the market wants. This company fits in perfectly with market demand and what's wanted and needed from players and online casinos alike, and that's why we predict that they will build on their success over time.