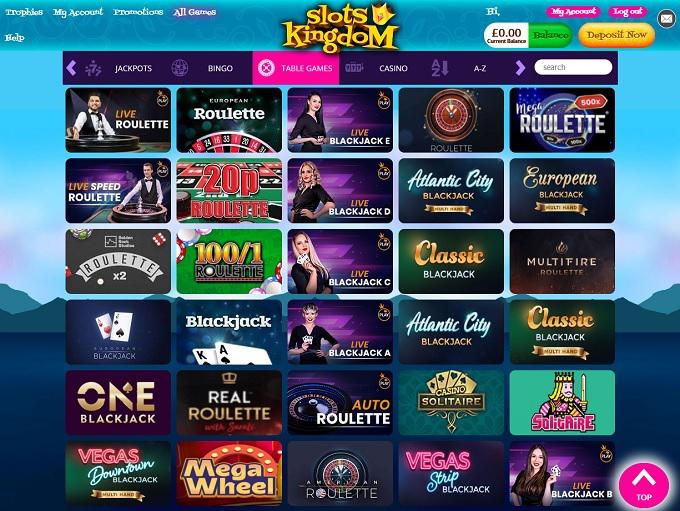 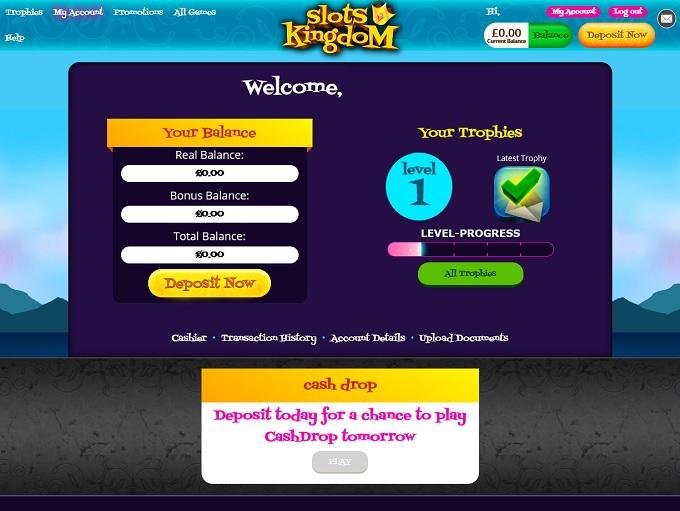 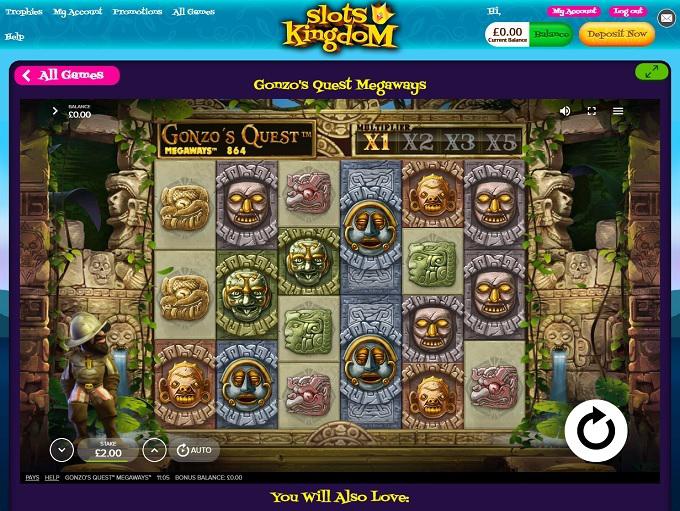 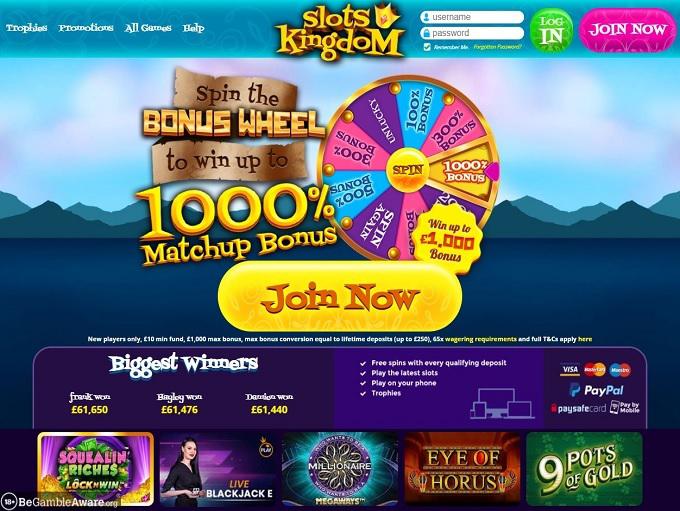 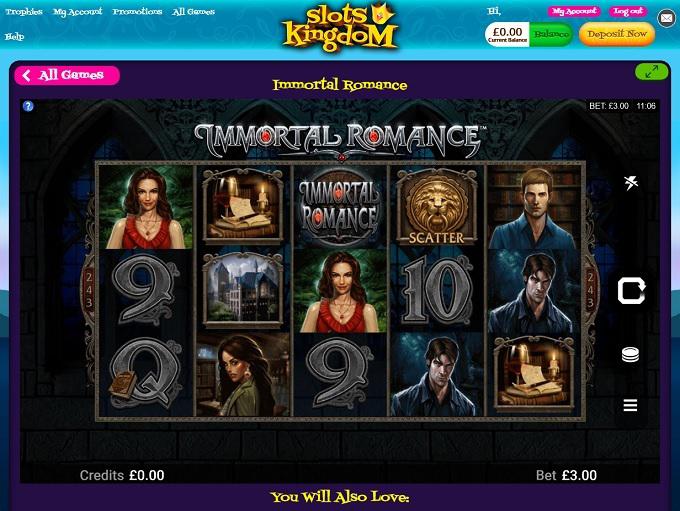 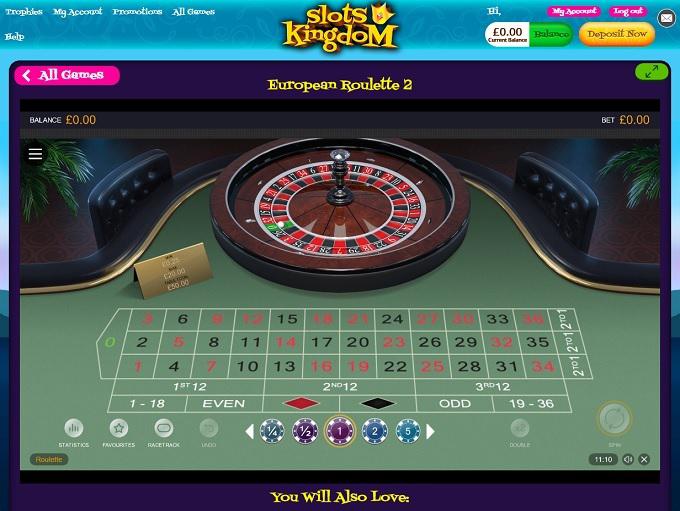 In operation since 2017, Slots Kingdom Casino has licenses from Alderney and the United Kingdom. The UK license in particular is very strong, but it's important to note that this site hasn't really been around long enough to have a reputation of its own. With that having been said, they are operated by Jumpman Gaming Ltd., which isn't exceptional news. They're known for being somewhat slow with payments on their other properties, and they're also known for particularly mediocre customer service, so that's something to keep in mind when you decide if you want to play here.

The platform used here as the foundation of operations is provided by Microgaming Quickfire. This package includes hundreds of the most recent titles released by Microgaming over the past several years as well as older classic titles of theirs. This also includes games from a lot of other providers like IGT, Bede Gaming, Endorphina, Rabcat and plenty of other developers. This leads to a great mix of games in different styles and approaches as well as a huge overall selection of titles.

As far as connecting to actually play goes, they've made it really easy for virtually everyone. If you have a computer you're playing from, you'll just have to log in from their website, and then you'll be ready to get in on the action no matter what kind of operating system you have. Linux, Windows and Mac computers can all connect and play here, which makes it super flexible. Mobile players can get logged in to play from both smartphones and tablets through their web app as well, including Android, Blackberry, Windows Phone and iOS devices.

To say that there is a ton of games available in the slot genre would be the understatement of the decade. You can tell by the name of the casino that they're all about giving you options here, and with so many software developers contributing content, it's easy to see that you'll have no trouble finding something you enjoy. Three-reel classic, five-reel video and other titles in non-standard formats can be found here, and there are tons of themes, feature sets, play styles and levels of volatility made available here as well.

Big progressives are represented here too. Mega Moolah from Microgaming, Mega Fortune from Net Entertainment and all of their related titles can be found here, just to give a few examples.

Table Games and the Non-Slot Selection

With titles from so many providers, there are also a lot of table games to pick from. The main selection of Baccarat, roulette, craps and casino poker titles give you a foundation to work from. Building on top of that are dozens of blackjack and video poker titles that give you a strategic experience. Scratch cards, instant win games and keno options round things out overall, so it's easy to see that you'll have no issue with finding the exact types of titles you want to enjoy, even if they aren't slots.

A good selection of credit cards are accepted here with Maestro, Visa and MasterCard all being options. On the electronic method front, however, things are pretty slim with PayPal being the only electronic wallet they have listed. Paysafecard vouchers can also be used if they are available where you're located. The lack of more payment options is a significant disadvantage here because it rules out a lot of players who might want to try out this casino.

It's worth pointing out that they don't have a reputation for cash outs that's either good or bad because they haven't been around that long to develop one. Their parent company Jumpman Gaming Ltd., however, has a sizable reputation for paying out slowly but reliably. That may not be something that you want to risk dealing with here.

The main support options here are email and the live chat messenger system, the latter of which is the most popular choice for many players. They also have a WhatsApp option, which stands out as being atypical. However, there is no telephone option, and their parent company has a history of sub-standard customer service, and that's something players will want to keep in mind when it comes to deciding if they want to play with this site.

The thing with Slots Kingdom Casino is that they don't have any reputation of their own to fall back on, so you have to look at the reputation of their parent company. That reputation is less than stellar in some key areas. When you add that to the lack of deposit and withdrawal options, it's hard to take them as seriously as a number of the other sites that have the same software. If the game selection sounds good to you, then check out our selection of reviews of Microgaming Quickfire online casinos for sites that have a better history.