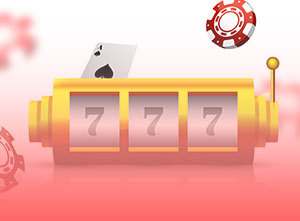 Gems are mainly prized for their rarity, therefore no wonder that Playtech, the world’s largest software supplier traded on the London Stock Exchange Main Market, wanted to add this precious stone to its striking collection of studios, each delivers a unique flavor of games to form the strongest offering of omnichannel casino content.

Founded in 2016, Sydney-based Rarestone Gaming relies on rich expertise of industry veterans, one of whom is James Stewart. Before he became a James has an account Head of Game Development at this small yet multi-national company, he was a Principal Software Engineer at Scientific Games and Senior Software Engineer at WMS.

Besides working on high-end slot titles for the US market, he was a leader of the team on the development of the PC4 platform, which later formed the basis of 22 titles for the Australian gaming scene. In addition to that, James Stewart is the owner of U.S. Patent for Systems, methods and devices for playing wagering games with player-controlled volatility-changing mechanisms – sounds like true rocket science, doesn’t it?

Taking into consideration so impressive track record, it comes as no surprise that this innovative studio is focused on maths-led development design of virtual pokies tailored to fulfill the boldest expectations of seasoned punters. By doing so, Rarestone makes its contribution to the Playtech’s comprehensive portfolio of in-house and premium branded casino games accessible at any time and on any device through a single wallet experience.

Of course, none of that would be possible without the state-of-the-art ecosystem that this iGaming giant has managed to build over the years of partnering with and investing in the leading B2C brands, as well as producing thrilling content, which drives player engagement in regulated markets.

What’s All The Buzz About

Let’s take a look at what people from Rarestone have under their belts and how exactly can they add to the growth of the Group. Thus far, the joint work of game designers in inner-city Sydney and artists and animators from the remote studio in Kyiv (Ukraine) has resulted in a one-of-its-kind suit of slots that boast world-leading visual impact and an entirely new level of Jackpot excitement.

All the buzz is, actually, about …

… the Fire Blaze series – a ground-breaking slot project that has a lot to offer for both players and licensees. The latter can take advantage of the numerous services provided by the new Engagement 360 center (a key element of the Playtech’s award-winning IMS player management platform) that supports tailored in-game messaging and full communication suite including push notifications, chat and inbox widgets, as well as leaderboards, bonusing, and other data-driven personalized tools.

Players, in their turn, are given multiple chances to hit a €1,000,000 Grand Jackpot or one of the other three Top Prizes through the Fire Blaze Respin Feature. Triggered by landing a certain number of special symbols, Mini, Minor, Major, and Grand Jackpots bring to the lucky striker 20x, 100x, 500x, and 2,000x total bet respectively.

Can you think of a better way to get a foothold on the global scene of online gambling?