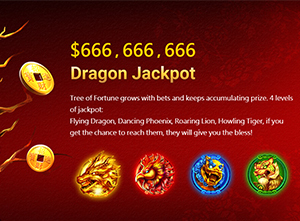 CQ9 Gaming is based in Taiwan, and it is one of the few Asian gaming companies to have entered the international gaming scene (though no doubt more are coming). The company began operating in 2016 and has since rapidly grown in size. It has not only expanded its own catalog of games but also signed up many other smaller gaming companies under its umbrella. This has allowed it to expand into hitherto untouched gaming scenes such as pachislots.

The company’s games offer a wide variety of different themes and styles, though it mostly concentrates on classic slots. In addition, it runs white label solutions, through which it offers its partners a collection of well over a thousand slots.

In for a new era of gaming

The games are naturally mobile compatible, having been done to the standards of HTML5 technology. But this is not what modern gaming really means to the company. Instead, what you should look at is it bringing fresh winds to an area previously controlled by a select few other companies (such as Microgaming, Net Entertainment or Playtech); this is to say that it brings Asian gaming to western audiences.

This not only shows in the way that the games are done, in a completely new different set of themes but also in bringing local variations of slots games for the larger audience. The best example of this is pachinko machines. The company has also taken steps toward the crypto market.

Partnerships with other companies

Making your way to the top is never easy, but it helps if you have a lot of allies. Keeping this in mind, CQ9 has partnered up with a lot of other companies to bring its games to both Asian markets, as well as the rest of the world. In the latter part, its journey is only beginning, but a lot of online casinos have already decided to join the fold.

A new line of jackpots and more

Besides slots, the company also produces and experiments with lots of different types of games. For this, you can, of course, also add table games. But more importantly, are the titles that take elements of arcade games and add in a mix of chance and gambling. Then there are the progressive jackpots, which might become big enough to not only challenge but to easily overcome the current big progressive jackpots.

At the moment the company seems to hold a license in Curacao, though information on this is a bit scarce. The company has also been certified by Gaming Laboratories International.