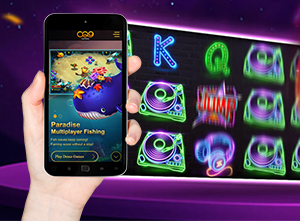 CQ9 is a Taiwanese game developer, with a rather interesting portfolio of games. It has been operating since 2016, steadily growing and expanding from Asia to Europe and further. The company has also stacked up partnerships at a rather impressive pace, meaning that it is set to become a big player in the scene in no time. This is what it seems to be aiming at.

The company is licensed by Curacao, and its games are checked by Gaming Laboratories International. Slots are its mainstay, but it has also released several experimental arcade-style games, as well as a few promising progressive jackpots.

Looking at the basic line of slots, it’s clear that the company has taken advantage of its background, and produced a vast quantity of games that draw inspiration from local traditions, history and mythology. That is to say, a lot of the games come with themes that have something to do with China. The same way a lot of the European producers use Ancient Greece, Egypt et al as a constant source of inspiration for their games.

There’s such a multitude of games available, that by choosing the right game you can pick exactly the features you are looking for. Yet, there are a few that rise above others. These are like themes, repeated and perfected on select games. The games that employ these are definitely worth checking out. Take a look at slots with these features:

Free games, that is bonus or extra spins, are popular bonuses and as game features. What makes CQ9 Gaming stand out amongst the competition? Simply the number of spins you get, as well as the amount of scatter wins they come with. That is, as soon as the feature starts you are guaranteed an instant win, often up 50 times your total bet.

Though the company also offers plenty of progressive jackpots, it hasn’t forgotten about big wins in normal slots. These can rise into the thousands, and quite often climb far above the wins that are found in the paytable.

Quite often these slots also offer respins. This can be in the form of individual reels, with stacking symbols, sticky wilds, or any combination of different features. Naturally, this tends to happen only in high-volatility games.

With a worldwide audience, one that is already well established in the East, the progressive jackpots offered by this company are set to challenge those already established by companies like Microgaming or NetEnt.

In addition, there are a few arcade-style games. These do not offer paylines or even reels. Instead, they function like video games or mobile games, even adding such concepts as social gaming into the mix. For a different experience, check out these games.