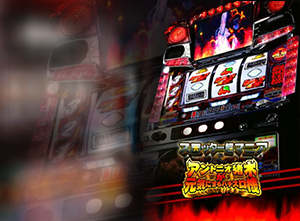 Gambling legislations are a tricky thing, because often even when they completely forbid and ban gambling, they tend to make exceptions. Such is the case with the Japanese slots, also knowns as pachislots.

The traditional pachinko machine draws inspiration from the same source as pinball machines, billiard, or any other variation of the basic game of scoring points with a ball. Usually, these machines operate with metal balls, which are dropped in from the top, and on their journey down they hit obstacles (such as metal pins) until at last, they fall in on different scores.

Of course, the games have changed a lot since the first one was invented and built in the 1920s. Today, it’s a whole different game.

From gaming halls to the modern display

Once someone figured out that these games could give a payout for certain scores, and that payout could be exchanged to money, pachislots were born. As said, and even though things seem to be changing, currently gambling is banned in Japan. Still, pachislots are completely legal, and they are enjoyed by countless players in thousands of different gaming halls across the country.

Today the games are entering the online domain, where they enjoy a completely different legal position. The online pachislots are quickly gaining ground across the casino-verse, as they offer a familiar but a distinctively different gameplay experience. Japan Technicals Games and Golden Hero are amongst the first companies to create these 3 reel slots, you will also seem them distributed through the Oryx Gaming platform. 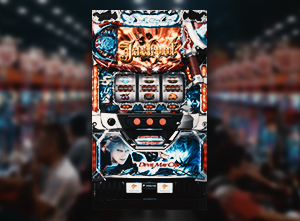 Different names for different things. Pachisuro, pachislot and pachinko machines are certainly not slot machines or not just slot machines. However, the online versions of these are.Pachinko is the original game and often doesn’t offer monetary prizes. Pachislots and pachisuros are essentially the same things, just with a different term. These do offer, through some hoops-and-loops, monetary prizes.

The latter come in hundreds of different varieties. These are not to be confused with classic slots, even though they look so. The gameplay and features are completely different. The same applies to the look, which is often retro. Make no mistake about it, the online pachislots are as modern as it gets. They are especially suited for mobile play.

All pachislots have to have three and only three reels. Such is the rule in Japan, and such is the rule for the online-sphere as well. Besides that, the rules and regulations serve as source material only.

Most of these games, since they are being produced anew for the online casinos, are receiving facelifts in the form of better graphics. This also includes plenty of animations, which means that there is always one kind of action or another going on. Music and sound effects add another layer of interest on top of all of this, try Battle Dwarf slot to see for yourself.

A barrage of small wins

Unlike in western slots, pachislots don’t often offer any single massive wins. Instead, they concentrate on small basic wins, with the special feature offering a barrage of these small wins. Hitting that barrage might be as hard as hitting a jackpot. For example, the bonus games are often entirely different in the sense that it is sometimes easier to land more spins than wins.

The different special features build up a whole new game on the simple reels. These games are most likely something completely new for most players, yet they offer the same rich history as the slot machines do in other countries.