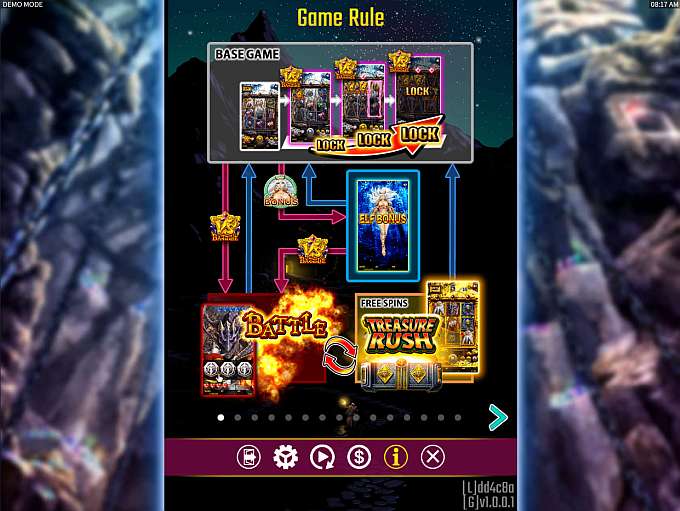 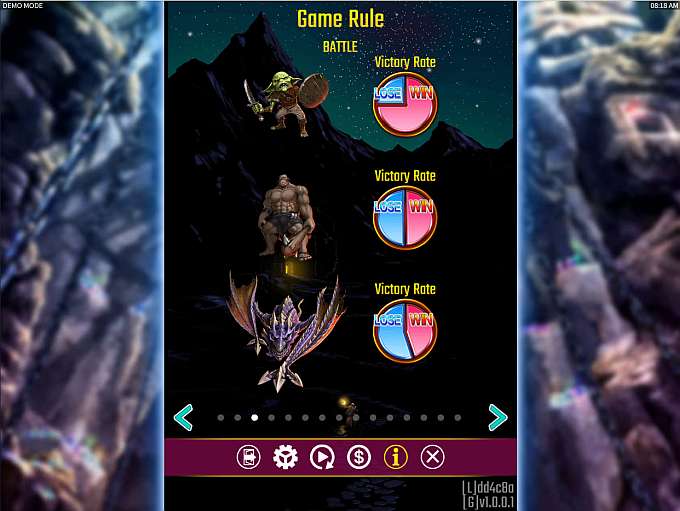 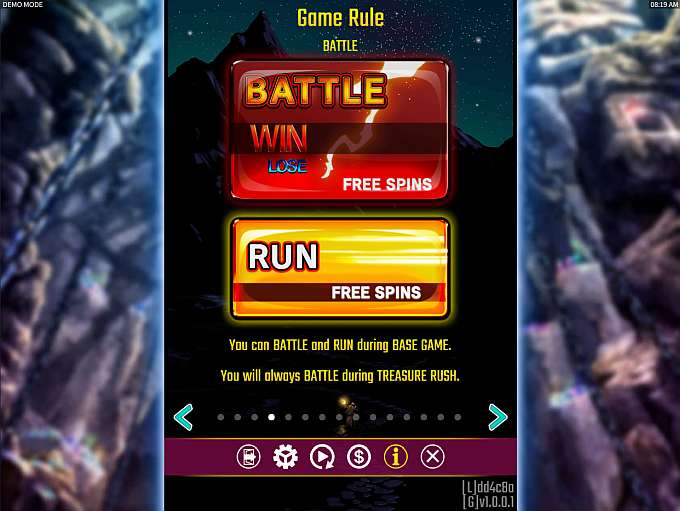 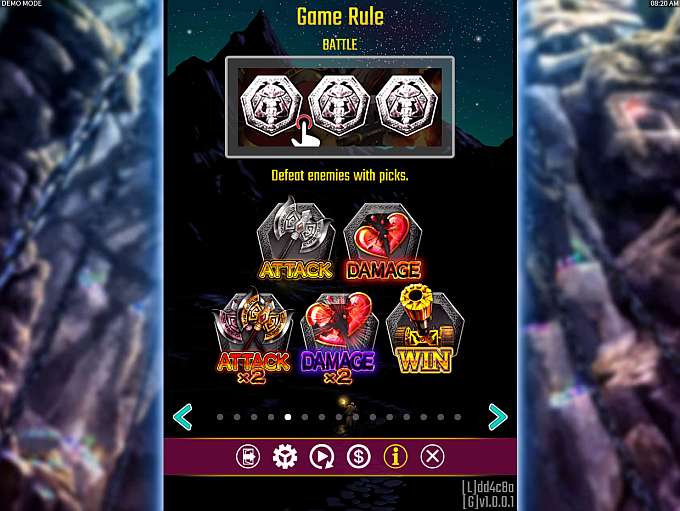 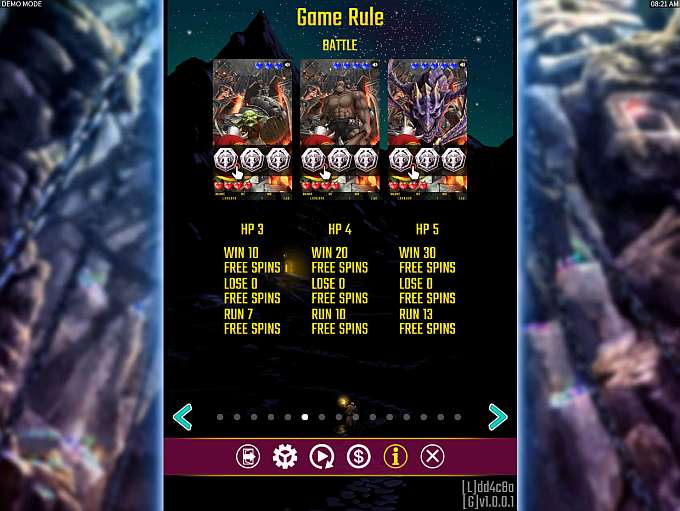 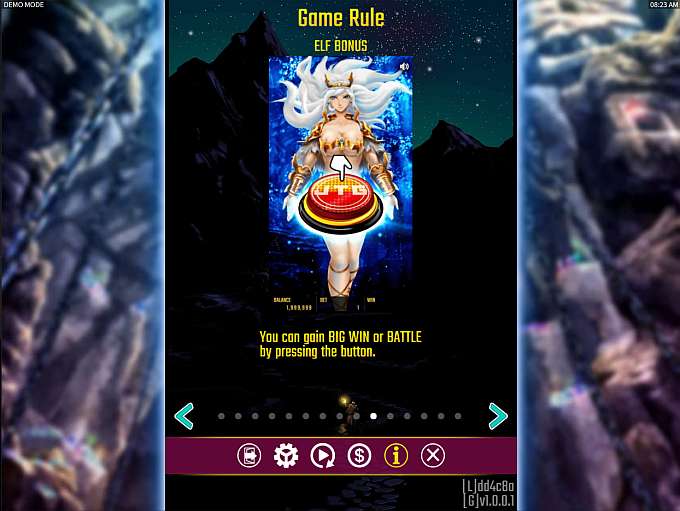 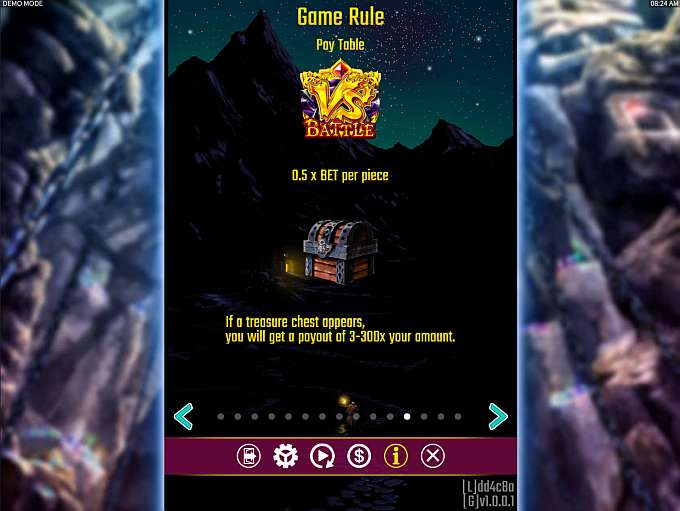 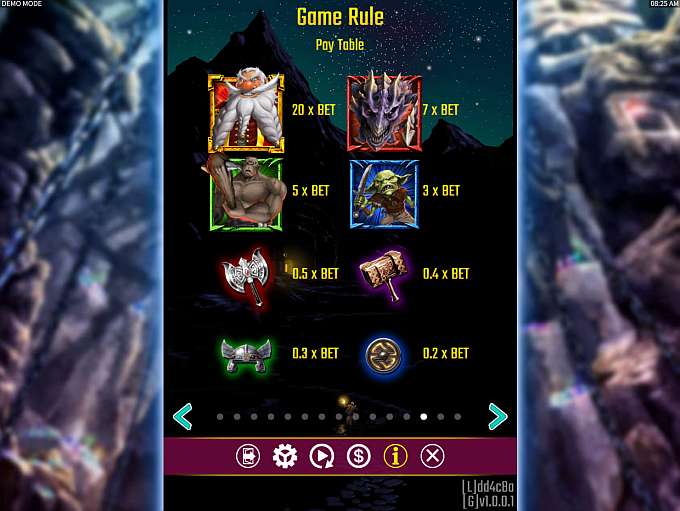 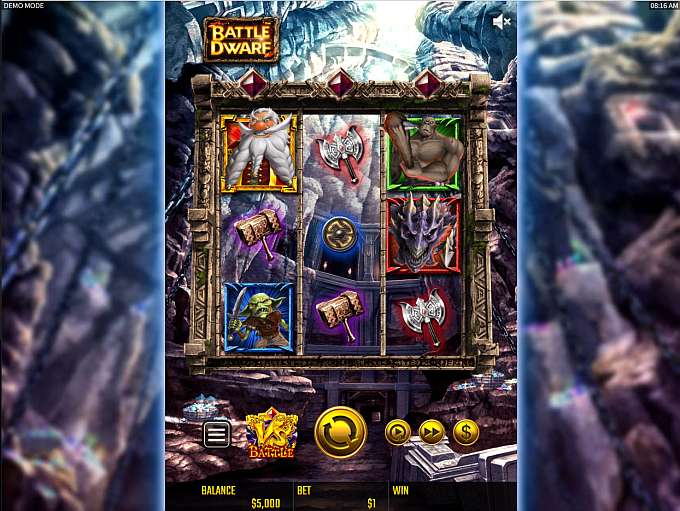 Welcome to the mysterious and dangerous world where the epic battle between dwarfs and grand beasts is about to start. Done in collaboration between Golden Hero and Japan Technical Games [JTG], this release is…

…much more than a video slot [it's actually a pachislot].

We are used to seeing these little creatures in much more relaxed and serene settings but this time they are true warriors, tough and not afraid to face the scary beasts living deep in the dark mines.

Visual and audio effects are stunning and make the whole atmosphere immersive. Impressive soundtrack and top-notch animations raise the gameplay to another level.

On a simple 3x3 grid (typical pachislot), there are just 5 pay-lines. With the highest possible bet at 100$, high – rollers won’t be too pleased.

Going through the pay-table…

…on the lower end you will find pieces of fighting equipment such as shield, hammer and a big, silver ax. The top positions are reserved for the main protagonists of this battle.

Mythical creatures of different sorts have been capturing our imagination for centuries and in this release, we meet some of the most famous ones – dragon, troll, and a goblin. They can get you up to 7x your bet but the most rewarding is the courageous dwarf himself with 20x your bet.

One of the things that will make you go “WOW”! if you decide to spin these reels is the special features section. Here, it’s clear just how much of dedication developers have invested to provide you with the amazing gaming experience.

The battle symbol is the Scatter of this title. When it lands on the reel, it will lock it and the other two will respin. If you're lucky enough to lock 3 reels in place, you will get a chance to fight in a Battle against one of the gnarly creatures. The hardest to beat is the goblin while the victory rate is in your favor when it comes to confronting a dragon.

The battle is played as a mini-game…

…where you have to pick among 3 coins. Depending on what’s hidden behind the coin you picked, you will attack the enemy or take a hit from him. The first to lose 4 hearts is defeated.

…where punters get 30 bonus spins and can gain up to 10 spins more thanks to the treasure chests that appear rather often during this round. Also, the retriggering Battle sequence is possible during the Treasure Rush.

… instead of the battle, you can also choose the Run option where the symbols lock and opt-in for a much smaller number of spins.

Ragnarok Mode is randomly activated during the extra feature and it brings a higher victory rate. On the other hand, Elf Bonus can get triggered during the base game, giving players a chance to score big wins or unlock the battle.

The release features a simple grid, but the gameplay is very dynamic. Additional features are the main attraction and they offer great entertainment and 30 bonus spins if you manage to finish the battle as a winner. Overall, this title can be labeled as very successful collaboration and we sure hope it continues.