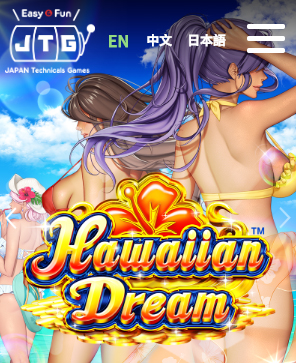 Pachinko’s and pachislots are hitting the markets, and it’s all thanks to Japan Technical Games. Together with Golden Hero (and Oryx Gaming), they brought out the very first of these games, Hawaiian Dream and Battle Dwarf. Soon after more followed, no doubt due to the good reception these slot games gained. Pachislots are something we’ll talk about a bit more below, but let’s go through the company details first.

JTG has been operational since 2018. The company is based in Hong Kong, mostly due to licensing reasons. At the core, it’s very much what the name implies: one of the first Japanese video slot companies to enter the worldwide gambling markets. Superb graphics, exciting special features, and a whole new slot experience combine into something that everyone should give a try, even if only in demo mode.

Now, we have a whole article about pachislots that you can familiarise yourself. To put it short. These are slot games that have been molded into a whole different game type due to the gaming and gambling legislation in Japan. They borrow from video games as much as they do from skill games. A lot of these restrictions have been done away when it comes to online pachislots, as they simply are not practical (being able to stop the reels), necessary(regulated special features), or useful(changing metal balls to cash).

The slot setup is very classical. Three or five reels, a handful of symbols and singular special features. The special features are the most interesting part, as they very often form into jackpots if you are lucky enough. The bonuses tend to come in tiers, sort of like your traditional gamble feature.

The games are primarily designed to be played via mobile devices in mobile casinos. That is to say, the best bet is to fire up these games with either a smartphone or a tablet.

They do run just as well on desktop devices…

…though sometimes the aspect ratio can be a bit off. The way these slots are played further enhances this experience, as does the easy to use interface. The latter tends to be the same across all games and gives options to speed up the gameplay, spin the reels, and access to all necessary options from muting to changing the bet.

Japan Technical Games doesn’t seem to currently operate with a license, mostly as they simply produce games and let others handle distribution. The company is linked with the distributor and software aggregator Oryx Gaming, which in turn is partnered with all the big casinos out there. You can rest assured that these games are safe and secure to play.