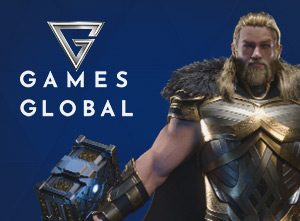 Established early in 2021, Games Global Limited is a new supplier to the industry, bringing together some of the iGaming's biggest and brightest stars. The newly formed private capital backed company was founded by a former IGT and Lottomatica CEO, Walter Bugno, and previous CFO at SafeCharge and Playtech, Tim Mickley.

Games Global has entered the market to make an impact and deliver stellar games from 50+ studio partners after acquiring one of the most renowned distribution channels in the world – Quickfire.

The Microgaming’s award-winning platform was launched in 2010 and its catalog now comprises of 3,000 games, including a record-breaking progressive jackpot network that has paid out over €1.3 billion and it is powered by innovative software partners across 980 gaming brands.

The purchase agreement was expected to complete in Q2 2022, giving the supplier full access to fresh content solutions of All41Studios, Gameburger, SlingShot, Stormcraft, Triple Edge, Alchemy Gaming and many other exclusive contributors to the Quickfire network. 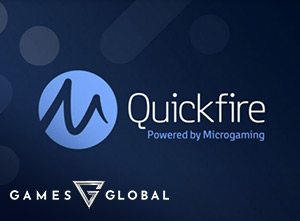 The landmark sale of Quickfire distribution business occurred on November 15th, 2021 after the announcement from the aggregator, known as the “Microgaming Acquisition”. At the same time, the industry’s latest supplier has also reached an agreement to acquire interests in game studios located across multiple regions.

After receiving certain regulatory approvals in 2022, Games Global will officially become one of the leading suppliers of iGaming content. The company’s portfolio will include content from more than 25 studios or some 3,000 games and counting. Alongside Microgaming’s blockbuster titles, the group will provide access to a progressive jackpot network on almost 1000 iGaming platforms.

According to its CEO Walter Bugno and CFO Tim Mickley, Games Global will continue to create top-ranking casino software and focuson both established international regulated and emerging markets. Incorporating innovative technology capable of serving new and existing customers at an exemplary level will also be one of the company’s key points.

Thanks to Microgaming and its modern approach to iGaming, the industry’s up-and-coming aggregator will control a portfolio of more than 25 studios, acquired over the last few years.

However, classic titles and player favorites like Immortal Romance, Thunderstruck, Book of Oz, Break da Bank Again, 9 Masks of Fire and Mega Moolah will also be available to customers around the world, including all previous monthly releases as well as branded games like Jurassic World and Game of Thrones, presented by Microgaming.

By “inheriting” one of the industry’s most diverse portfolios of online slots, table games and progressive jackpots from Microgaming, Games Global will offer its customers a new way to discover all the advanced features developed in the past decade.