Since 2003, 1x2Gaming has been putting out a steady stream of online casino games. They have a license to operate in Malta, UK Gambling commission and Alderney.

While they aren't considered a top-tier software developer in this industry based purely on popularity, they do have licensing agreements with many top brands such as Bet365, and that lends a high degree of legitimacy to this company.

Because they have a limited number of titles, they aren't generally used as the only casino software provider for any given operator, but their games are found in a lot of places as one of many software providers being used.

Overall, they're a fair company with software that has a solid design and adequate production values. 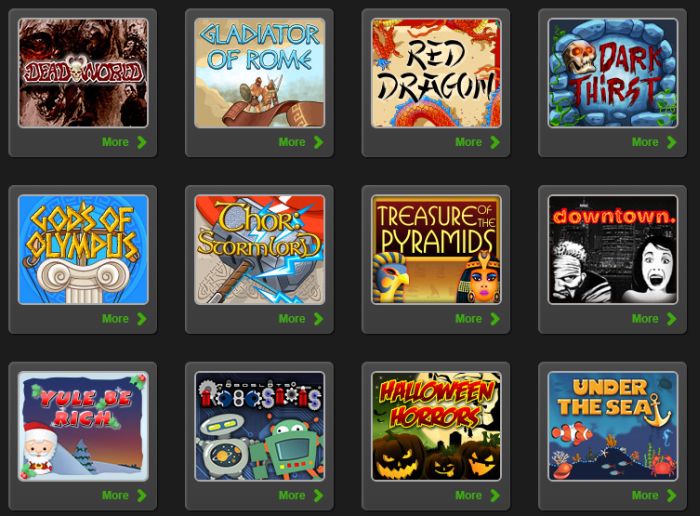 The Look and Feel.

The focus from this online casino software developer seems to be on games that run smoothly and load quickly. However, this comes at a cost, and that cost is a mediocre look in many of their slots that might turn some players off.

The graphics and themes come across as being a bit generic, and while the gameplay in some of these titles makes up for the lack of visual appeal, it does not in a number of others.

The slots available from 1x2Gaming are lightweight and load quickly. With that having been said, they don't stand out in any major way, and they typically have somewhat generic themes with common bonus features like free spins and pick-a-box style bonus features.

With between 30 and 40 slots, you'll get a decent variety of titles to choose from, and because the games run smoothly, you won't get the choppy action that you catch sometimes from other software providers when your computer needs a moment to catch up because of an overload of 3D graphics.

The table game selection is where this software developer really stands out. The production values in these games are noticeably higher than in their slots, and they have various blackjack games to choose from in addition to three card poker, Caribbean stud and other forms of casino poker.

You'll find a good selection of classic casino titles as well like roulette and Baccarat, and a number of other table games are also available like Sic Bo. If you're a fan of table games, then 1x2Gaming is a good software company to play with because the quality of these titles is outstanding.

The area where 1x2Gaming stands out the most is with their virtual sports betting. Essentially, they have completely simulated sports leagues that play out each day, and you can bet in just about any way you could imagine on these titles.

Lots of stats that are used to determine the outcomes of the league games are presented for you to study and investigate while you make your picks.

This is a high-paced form of sports betting that is based on virtual simulations, and it's a good choice for players who find that their favorite sports are out of season.