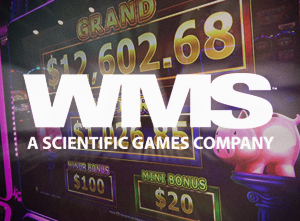 Today WMS Gaming is part of SG Gaming, having been acquired by Scientific Games back in 2013. The companies were fully merged together in 2016. However, the WMS is such a hallmark name that the games, products and legacy still carry on under the same brand. In this article, we’ll go through their history, as well as other noteworthy details about the company.

The roots of WMS go back almost a century, to the era of the first pinball machines and other arcade games. They’ve come a long way since then, and obviously, both the games and the company itself has undergone a variety of changes. Whilst they might not be pushing out the fanciest of modern online slots, there are still plenty of different legacy and novelty products to browse.

A Bit of History 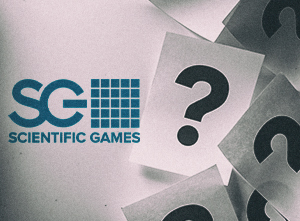 Originally founded in 1943 to produce pinball games and other arcade games WMS was known as Williams Manufacturing Company, named after the owner. Some decades and several name and ownership changes later they were still producing similar games, though with a different touch and style. They would continue to do so until the arcade gaming market basically disappeared by the 2000s. Those who are familiar with these games probably recognise names like Joust, Defender and Star Rider.

Meanwhile, back in the 1990s, the company had started producing video slot machines. This isn’t such a big change as one would imagine, as both game types are coin-operated. These quickly gained fame in the USA, where they were popular in land-based casinos. At the same time, the games were already exported to several other countries for international casinos.

Though by today’s standards the slots aren’t much to look at, when the company first entered the emerging online casino markets it brought with it several innovations. One of the most notable of these were branded and licensed slots. These borrowed from such well-known pieces of entertainment as Men in Black, Monopoly, The Lord of the Rings, and Star Trek.

These games were soon available through most major brands, including casino giants such as Betsson and platforms like EveryMatrix. The company also entered the mobile markets and launched jackpots and all sorts of other games. For a while, they were one of the most popular gaming companies out there.

However, the competition caught up. WMS eventually became part of Scientific Games, and today remains a brand of theirs. They do still push out games, and continue to be at the forefront of innovation, such as with their Megaways titles, but one can’t say that they exist at the leading edge of online gaming anymore.

When it comes to land-based casinos the terminals from this company remain as popular as ever, especially in US casinos. And although they have been keeping things quiet for a while now, we wouldn’t be surprised if they made their way out of the shadows once more. It wouldn’t be the first time for this company.