100% Up To €/$1000
+ 100 Casino Spins
New Customer Offer. T&C’s Apply. 18+. Plus 100 Free Spins on Starburst XXXtreme. Minimum deposit â‚¬15. The Offer must be claimed within 14 days of registration. Deposits made through Skrill or Neteller will not be eligible for the Offer. If you are not able to activate your bonus when depositing with Trustly, please contact our customer support to get your bonus manually credited.  Max bet â‚¬6. The following games are excluded from the bonus promotion offer: See website for list of online slots.
Play 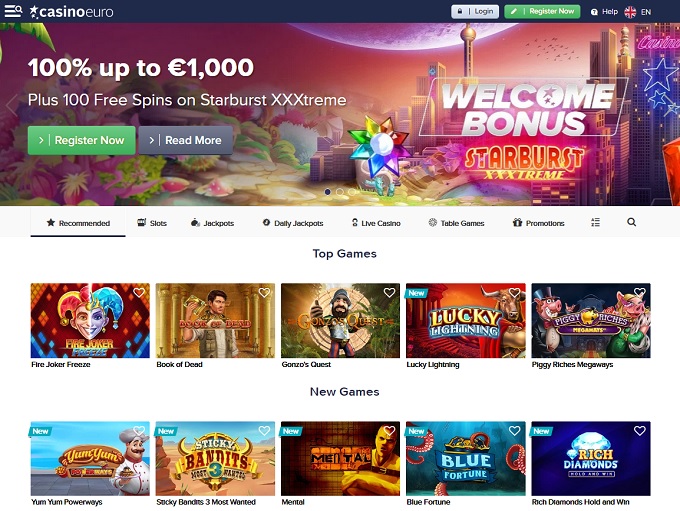 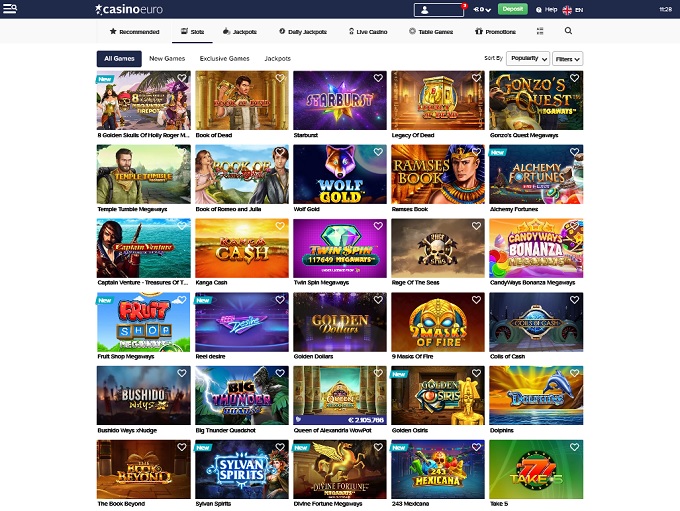 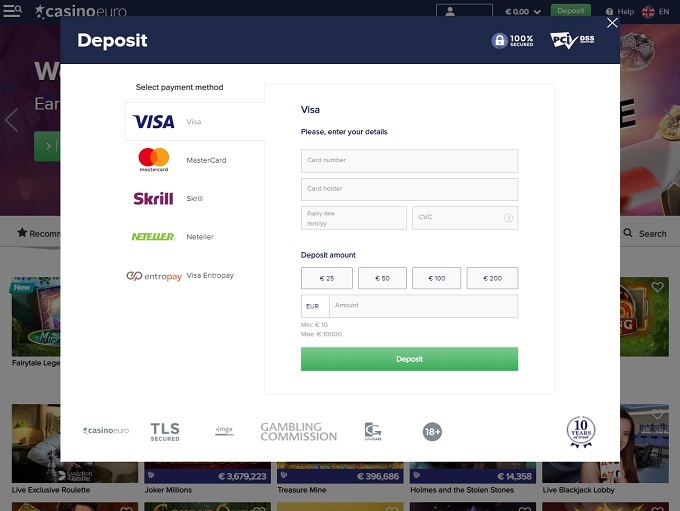 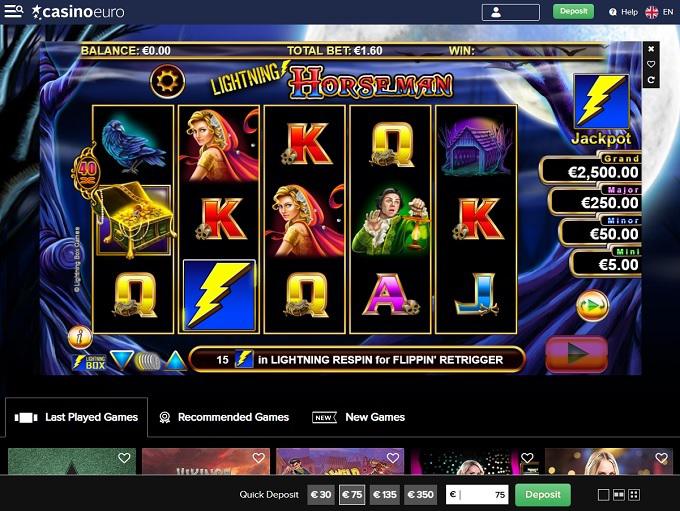 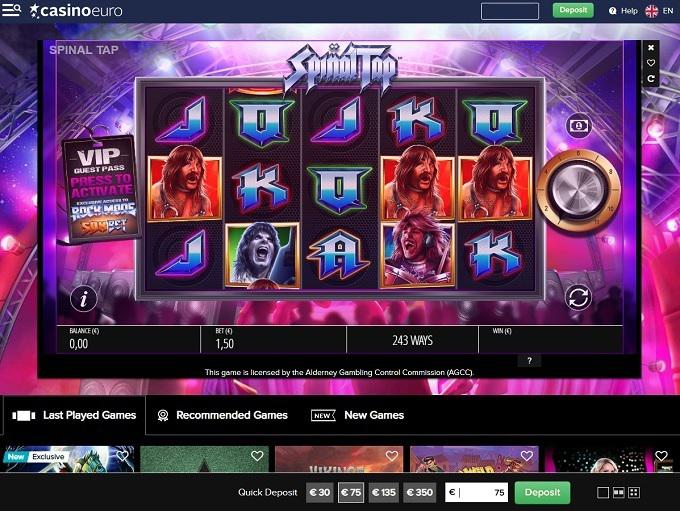 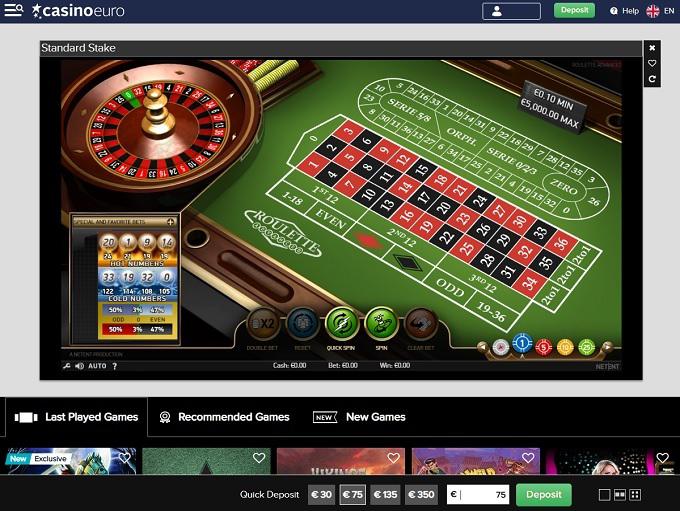 The first thing that you notice when you go to CasinoEuro's front page is that there are very beautiful, clean flash graphics spelling out various games and promotions.

CasinoEuro considers itself "The European Internet Casino," and that's not an idle boast, as it has the ability to serve customers in many languages, including English, French, Dutch, German, Italian, Spanish, Portuguese, Swedish, Norwegian, Danish, Swiss, Turkish, Polish and Israeli.

All the standard games are available, including blackjack, roulette, Caribbean Stud poker, baccarat, Let it Ride, Pai Gow, craps and keno. Also, there are lots of variations of video poker, and a number of different slot machines, among them Jackpot 6000, Pirate's Gold, Gold Rush, Wild West, Super 7 and Skeet Shooter. Everything is very easy to use.

CasinoEuro has recently introduced a new scratch game called "Star Mania," in which the player must find three of the same number within a nine-space scratch-off square to win the prize.

CasinoEuro's poker room can be either downloaded or played through the browser.

There are always thousands of players to compete against at any one time online from all over the world, and language is rarely a barrier.

Tournament action of all kinds takes place every day. There are freeroll poker tournaments six days a week, with free tournament tickets handed out on a daily basis. There are various "feature tournaments" like their "All Slots Weekends," and most tournaments have a theme.

Giveaways are big at CasinoEuro. There is a weekly sweepstakes where mp3 players, watches and Walkmans are given away. All the player has to do to qualify is play 200 rounds of any combination of games during a calendar week.

If you're looking for a little European flavor, you have come to the right place!

CasinoEuro is owned by CasinoEuro Ltd., a subsidiary of Cherry, a Swedish-based company. They have servers in Malta, support located in London and have been in business since 2002.